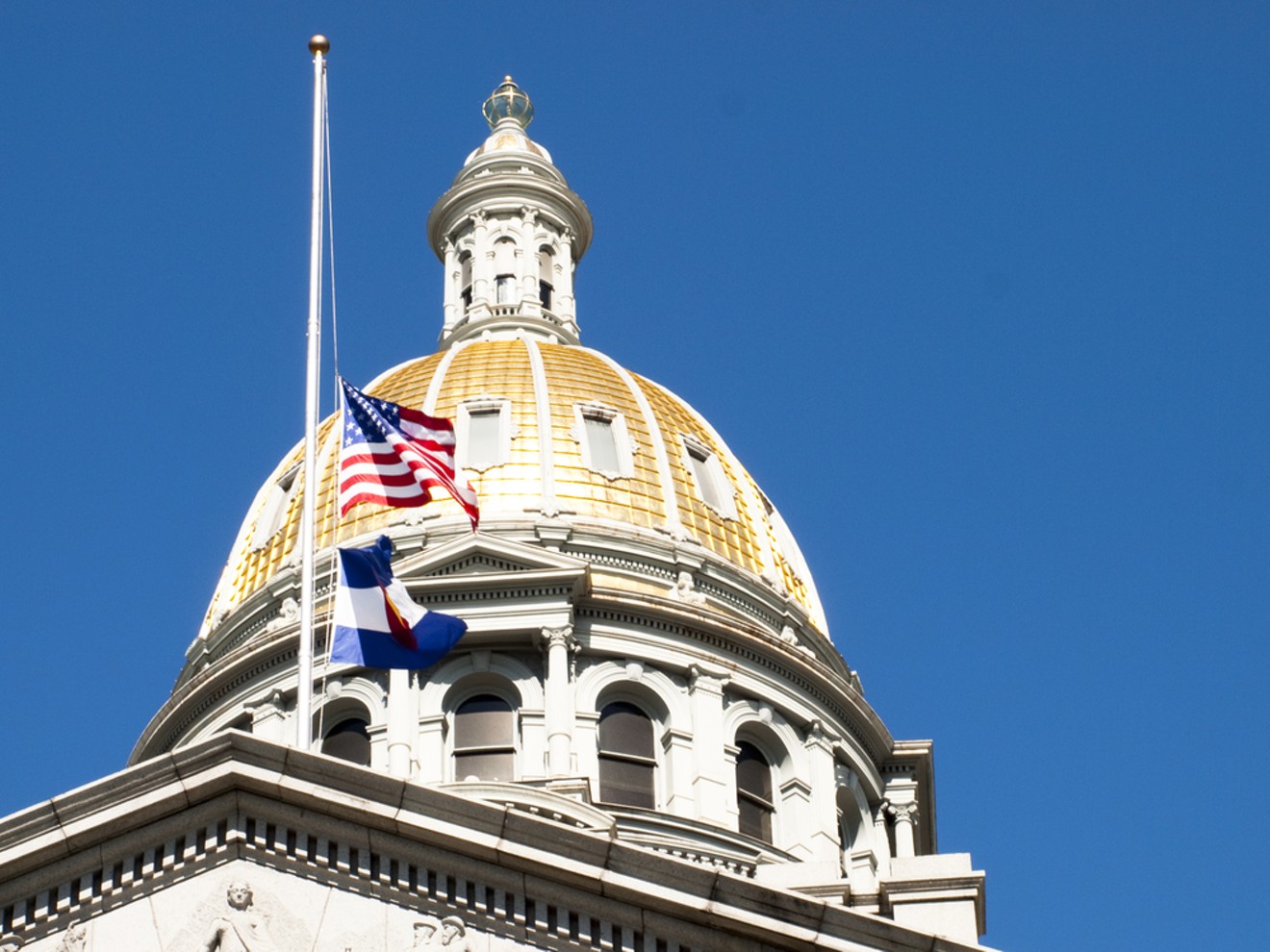 Remember the ’90s, when the economy was booming, the Soviet Union had collapsed, and without anything else to worry about, Americans just decided to spend a few years shouting at each other about genitals? Do you wish you could go back to a time when the country’s most pressing political issues were who was having sex with whom and whether they lied to Ken Starr about it? Now, thanks to Colorado Republicans and their sophisticated, proprietary time-travel technology — better known as I-25 South — you can.

While you were at happy hour last Friday, February 15, lawmakers at the State Capitol were in the home stretch of a seven-and-a-half-hour floor debate over House Bill 1032, which would prohibit public schools from teaching abstinence-only sex education. From just before noon until well after sunset, legislators debated and voted on 25 separate amendments to the bill — most of which were offered by Republicans to weaken it, and all but two of which were rejected.

It was the second such marathon session for HB 1032, which passed out of committee last month after a ten-hour hearing that saw hundreds of social conservatives testify in opposition, and it probably won’t be the last. The bill passed the House on its third and final reading today, February 19, and now heads to the state Senate for another round of legislative maneuvering and mass Republican hysteria.

So what would the bill actually do? Most notably, it would require any public school that offers sex education to include in its curriculum "medically accurate information about all preventive methods to avoid unintended pregnancy and sexually transmitted infections," and bar schools from "endors[ing] sexual abstinence as the primary or sole acceptable preventive method available to students."

Other provisions in the bill require sex-ed classes to include lessons on the meaning of consent and how to recognize abuse, and prohibit the endorsement of religious ideology or the use of “shame-based or stigmatizing language.” And if schools teach students about “pregnancy outcome options,” the bill says, the instruction must cover all options, including abortion.

But at this point, specifying what the bill would do may be less important than making clear what it wouldn’t. Most of the craziest nonsense that’s been peddled about HB 1032 came during last month's circus-like hearing before the House Health and Insurance Committee, from allegations that it would “expose nine-year-olds to sexually explicit techniques” to one witness’s claim that a Democratic committee member was a pedophile.

But even as the most extreme claims have been debunked and brushed aside, mainstream Republicans have continued to push misleading information about the bill’s contents and flub basic facts about current Colorado law.

One of the most eye-popping objections to the bill was made during Friday’s floor debate by Representative Perry Buck, a Republican from Loveland.

“You cannot do a one-size-fits-all,” Buck said. “My district, the unincorporated, God bless them all, don’t want to be told what the think is consent. … Everybody has different degrees.”

The bill would, in fact, require schools to instruct students on the meaning and importance of consent, which it defines as “the affirmative, unambiguous, voluntary, continuous, knowing agreement between all participants in each physical act within the course of a sexual encounter or interpersonal relationship.”

One wonders which part of that, specifically, Buck thinks the people of House District 49 disagree with. But in any case, she and her possibly imaginary constituents might be surprised to learn that HB 1032 doesn’t invent a “one-size-fits-all” definition of consent, because one already exists. Colorado’s Criminal Code has long applied a single definition of consent — “cooperation in act or attitude pursuant to an exercise of free will and with knowledge of the nature of the act” — to cases of rape and sexual assault, no matter which part of the state they happen in. And supporters of the bill say that covering topics like consent in sex ed can be crucial for students’ safety.

“Colorado’s students deserve access to age-appropriate, accurate and comprehensive information regarding sex education to keep themselves and their classmates healthy and safe,” Representative Susan Lontine, a bill sponsor and a Democrat from Denver, said in a statement Friday. “It’s important that students are taught about consent at a young age so they can advocate for themselves.”

In a Saturday op ed on the conservative website Complete Colorado, State Senator Paul Lundeen, a Republican from Colorado Springs, wrote: “Concerns over the bill’s content and the fact that as drafted there is no reliable opt-out for parents who do not want their child to participate caused hundreds to flood into the Capitol.”

The word “reliable” is doing so much work there that Lundeen probably wants to deny it a minimum wage. HB 1032 contains a clear opt-out provision; section 2, subsection 8 directs schools to provide, “prior to commencing the instruction…written notification of the ability to excuse a student, without penalty or additional assignment,” along with a detailed list of topics that the instruction will cover.

If that isn’t enough for the bill’s opponents, what would be? House Republicans offered one answer during Friday’s floor debate, submitting an amendment that would have switched sex ed across the state — covering hundreds of thousands of students every year — to an opt-in system, in which parents would have to affirmatively notify schools to include their children in the instruction.

“If someone doesn't get properly notified,” said Representative Tim Geitner of Monument, “or they seem to miss it, if it's sent home in a child's backpack — I think this catches any of those potential [situations] which we know are certain to happen.”

After hours of hair-splitting debates over the strength of opt-outs and the statutory definitions of English words, plain old homophobia and transphobia might seem almost refreshingly quaint by comparison.

“This is indoctrination, not education,” said Colorado Springs evangelist Andrew Wommack at last month's marathon committee hearing. “It gives the LGBT community an advantage over any other view.”

The bill, of course, does no such thing. Instead, it simply prohibits schools from "excluding the relational or sexual experiences of lesbian, gay, bisexual, or transgender individuals." That language is similar to that of a previous bill passed by the legislature in 2013, which directs schools to ensure that sex ed classes include information that is "meaningful to the experiences and needs" of the LGBT community.

Most schools in the state have offered comprehensive sex ed as that bill defined it since its passage six years ago, but the law allowed some charter and rural school districts to opt out — and conservatives vehemently opposed that bill, too.
KEEP WESTWORD FREE... Since we started Westword, it has been defined as the free, independent voice of Denver, and we'd like to keep it that way. With local media under siege, it's more important than ever for us to rally support behind funding our local journalism. You can help by participating in our "I Support" program, allowing us to keep offering readers access to our incisive coverage of local news, food and culture with no paywalls.
Make a one-time donation today for as little as $1.