Donald Trump gets great reviews on his first year as president from one Colorado gubernatorial candidate. File photo
On the eve of his first anniversary as commander-in-chief, Donald Trump is already the worst president in U.S. history, according to University of Colorado Boulder history professor Thomas Zeiler, among a team of CU historians who shared their picks for the ten poorest U.S. presidents of all time with us for a post published just prior to Trump's inauguration last year. But Trump supporters have a very different and infinitely more positive view of the Donald's performance, including Steve Barlock, who led the now-president's 2016 campaign effort in Denver and is currently running as a Republican for governor of Colorado.

"I believe he's done a lot of great things to give people opportunities," Barlock says, "and there are things he's doing that will make him one of our greatest presidents."

When asked about Trump's top accomplishments during his first twelve months in office, he's quick to answer. "First and foremost, he put a schoolmate of mine, Neil Gorsuch, on the Supreme Court. I was in class with Neil's younger brother, J.J., when his mom [Anne Gorsuch] was working in the EPA for President Reagan. My mom would babysit for J.J. and his sister [Stephanie], and Neil would come over to pick them up — and he's a great Supreme Court justice."

Next, Barlock mentions the passage of the new tax overhaul bill. But while he's cautiously optimistic that the legislation will put more money in the pockets of average Americans even as it helps businesses of every size and revs up the U.S. economy in general, he's most enthusiastic about its elimination of the individual mandate — the provision of the Affordable Care Act, popularly known as Obamacare, that required people to purchase health insurance.

"My belief is that the individual mandate overstepped its bounds, and if Neil Gorsuch had been on the court when it heard the Obamacare case, the decision might have leaned more in a conservative's favor — and conservatives don't like being forced to pay for anything because the government says they have to," he notes, adding, "If Obamacare fails because of that, then I definitely hope it fails, because the mandate was unjust to American citizens. That's the only crutch Obamacare had to stand on, and with the repeal of the individual mandate, I hope that now politicians in Congress will realize they need to repeal the whole thing and come up with a better plan." 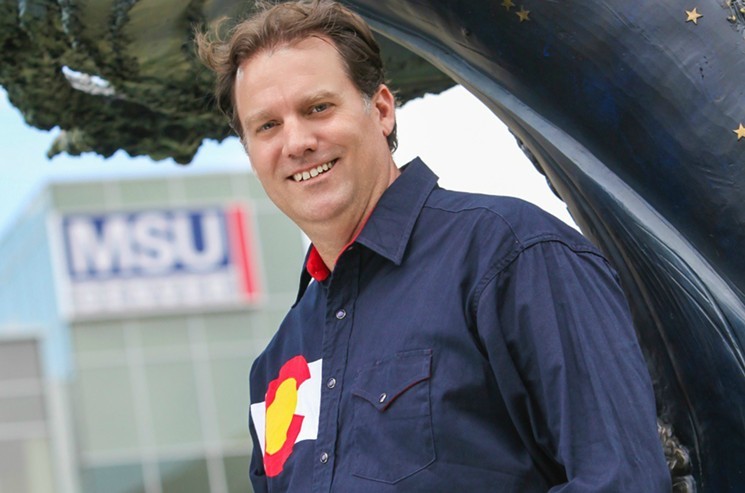 Republican candidate for governor Steve Barlock wears his love for Colorado.
Courtesy of Steve Barlock
Barlock is also thrilled by Trump's actions in regard to deregulation.

"I think the greatest photo op he's had was when he showed the pile of regulations he's done away with in comparison to the new ones that have been passed," he allows. "For every one regulation that's been passed, 22 have been taken off the books, and that's something I plan to do here as the next governor of Colorado. We've been asked to give up our American way of life because we've been overrun with regulations, and if we want to get back to being a truly free country, we need to get rid of a lot more regulations, including for individuals who want to be a small-business person."

He sees such moves as fueling the current stock market boom, and he's frustrated that some observers balk at giving Trump credit for its rise.

"I've heard people say, 'That's all from Obama,'" he acknowledges. "But if you look at the rate it was increasing under Obama, it's gone fifty times faster under Trump. Markets go up and down, but we're much better off with Trump, and what's happening shows the confidence in his plans for economic growth in America."

Additionally, Barlock is pleased that Trump pulled the U.S. out of the Paris climate accord, which he sees as "unfair to the American people," and made positive comments about hydropower during a recent meeting with Norway's prime minister, Erna Solberg. He charges that "a lot of environmentalists, especially in Colorado, don't want us to build dams and reservoirs that save our water. Instead, they're all for people who subsidize solar and wind. But I say solar's a desert-maker and wind's a bird-killer, and I don't like it that the Democrats want to take away our first green energy — hydroelectric. It used to supply 8 percent of our energy and was a solid stream that doesn't go off and on; it's always there. But they want to take it down to 0 percent. So I'm all for Donald Trump talking about hydroelectric and helping to build up the infrastructure in our state."

Another policy with which Barlock wholeheartedly agrees is Trump's recognition of Jeruselam as the capital of Israel. "I think that could have one of the biggest impacts on the world since we won World War II and helped the Jewish people create the state of Israel," he maintains. "They're our strongest ally, and to recognize the city they recognize as their capital is taking a great stand for the American people. If you look at the last three presidents, all of them said they were going to do this, but they never did — and a lot of people in Congress have said the same things for 25 or 30 years, but they haven't done it, either. But Donald Trump did it." 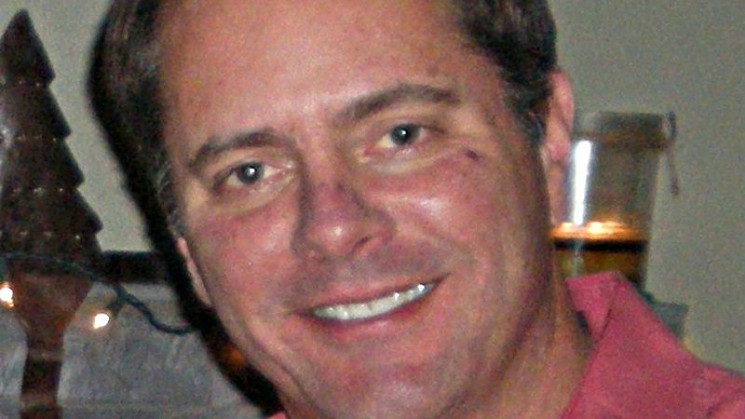 CU Boulder history professor Thomas Zeiler isn't near as impressed by Donald Trump's first year as president as is Steve Barlock.
TomZeiler.org
In Barlock's view, Trump also deserves praise for "bringing awareness to our border problems: drug running, criminals coming across the border from every part of the world. We need protection, and a wall isn't just symbolic, like the Democrats have said. They act like everything he said on the campaign trail was a promise, but what he really promised was to act as a businessman and try to make the best deal — and then negotiate it down to something good for the American people. So when they talk about him saying Mexico would pay for the wall and they're not, that's really him negotiating. And there are many ways Mexico can pay for the wall that's not just a cash transaction. Making deals with them and across the U.S.: That's what's going to pay for the wall."

Trump's pro-life stance, as well as his efforts to help veterans, earn a thumbs-up from Barlock, too — and he thinks castigating him for speaking before truly considering his words, as Professor Zeiler does, is liberal spin.

"Donald Trump is the most honest president we've ever had in our history," he insists, "and everything he states has a purpose. He didn't become a multi-billionaire by not thinking out his statements. He's very quick-witted, and what he calls fake news concentrates on any little miscue he has. Everything is tweaked and turned and taken out of context — but our liberal professor should understand that everything has a context, and that's what we base things on."

Still, the Zeiler criticism that may bother Barlock the most is his branding Trump a "sourpuss" incapable of presenting the sort of positive vision that he feels Americans want from their presidents.

"Sounds like the professor got too many participation trophies when he grew up," Barlock says. "There are winners and there are losers right now, and Donald Trump talks about the way America has been losing — and I think it's optimistic when he tells us we can win again. He's not talking about cotton-candy clouds and marshmallow roads. That's the corruption and the dumbing-down of America."

The bottom line for Barlock? "Donald Trump wants an America were everyone has an opportunity for greatness, an opportunity to succeed and go to another level. That's why he's such a great president — and why he's only going to get better."