Photo by Camylla Battani on Unsplash
This is the second part in a series about Colorado growth. Click to read part one, "Almost Everything You Think You Know About Colorado Growth Is Wrong."

According to state demographer Elizabeth Garner, the supposed boom in Colorado's population has been seriously overstated. While Colorado did indeed experience a 14 percent increase in residents between 2010 and 2020, landing at an estimated statewide population of 5,782,902 by the end of that span, the rate of increase was less than half of what the state experienced during the 1990s. Moreover, the overwhelming majority of the growth was concentrated along the Front Range, with many other parts of the state experiencing much more modest bumps or, in sixteen counties, overall population declines.

Among the unexpected reasons for this slowdown over the past decade was the decreasing number of teen pregnancies in Colorado. And in recent years, planned pregnancies have been less common, too, in part because of the COVID-19 pandemic.

One of the biggest causes of sluggish growth in Colorado, and the country as a whole, is "the decline in birth rates," Garner says. "We have seen a significant slowdown. Our fertility rate has fallen to 1.5 births per woman over her lifetime. That's lower than the fertility rate in the U.S., which is 1.6, and the replacement rate" — the number of births per female resident needed to maintain the present population — "is 2.1. So we are significantly below replacement levels on births."

Over the past couple of decades, the peak for births in the United States was 2007. Colorado is currently recording about 8,000 fewer births than during that year, and the fallout from this development is already being felt.

"If someone was born in 2007, that would make that person somewhere between fourteen and fifteen years old," Garner points out. "But that means there are fewer thirteen-year-olds, fewer twelve-year-olds and fewer eleven-year-olds. Once those fourteen- and fifteen-year-olds age, we'll see absolute declines behind them in terms of total people in Colorado. And that also means fewer people going through the education system. Right now, K-12 schools are looking at that, because that's the population affected. But then it's going to be higher education, and after that, it's going to be the labor force and the housing market."

Why have the numbers dipped since 2007? Garner suggests that "a lot of it has to do with long-acting reversal contraceptives — those little things that go into your arm that you don't have to think about every day, like an IUD. They just do a much better job of preventing unwanted pregnancies." And that, she says, has resulted in "significant declines in birth rates for women in their twenties, because there are better options for having children when they want them, and not by accident."

At the same time, Colorado has done an outstanding job of reducing pregnancies among teenagers, leading to "the second-largest drop in the country," Garner notes. But the repercussions of this achievement are more varied than they may seem at first blush. 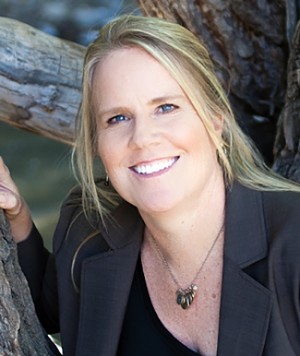 Elizabeth Garner is the state demographer for Colorado.
colorado.edu
"I'll be honest with you," Garner says. "I'm an economist at heart, and when you look at it economically, there are benefits and drawbacks. Certainly if a teenager can get through high school, get a job and start her life without becoming pregnant, she's got a much higher chance of not ending up in poverty or facing many other challenges. But at the same time, it still contributes to our slowdown in birth rates, and there are drawbacks to not having as many people going to school or entering the labor force."

An increase in the birth rate for Colorado women in their thirties has helped mitigate this situation to some degree. According to Garner, between 2010 and 2020, "27 states had an absolute decline in their under-eighteen population, but Colorado had an increase of about 38,000." Still, she adds, "that's under 5 percent of our total growth, so it was very small. And we're also seeing an increase in deaths."

Colorado Department of Public Health and Environment figures for 2020 showed that 46,846 state residents died that year — a jump of nearly 9,000 above the average recorded annually over the previous five. Many of those fatalities were caused by COVID-19, whose death toll in the state since the start of the pandemic two years ago is now at 12,805.

"COVID also impacted births," she continues. "People were afraid to get pregnant, so that made the slowdown even larger."

And Colorado's growth less robust than is widely assumed.
KEEP WESTWORD FREE... Since we started Westword, it has been defined as the free, independent voice of Denver, and we'd like to keep it that way. With local media under siege, it's more important than ever for us to rally support behind funding our local journalism. You can help by participating in our "I Support" program, allowing us to keep offering readers access to our incisive coverage of local news, food and culture with no paywalls.
Make a one-time donation today for as little as $1.