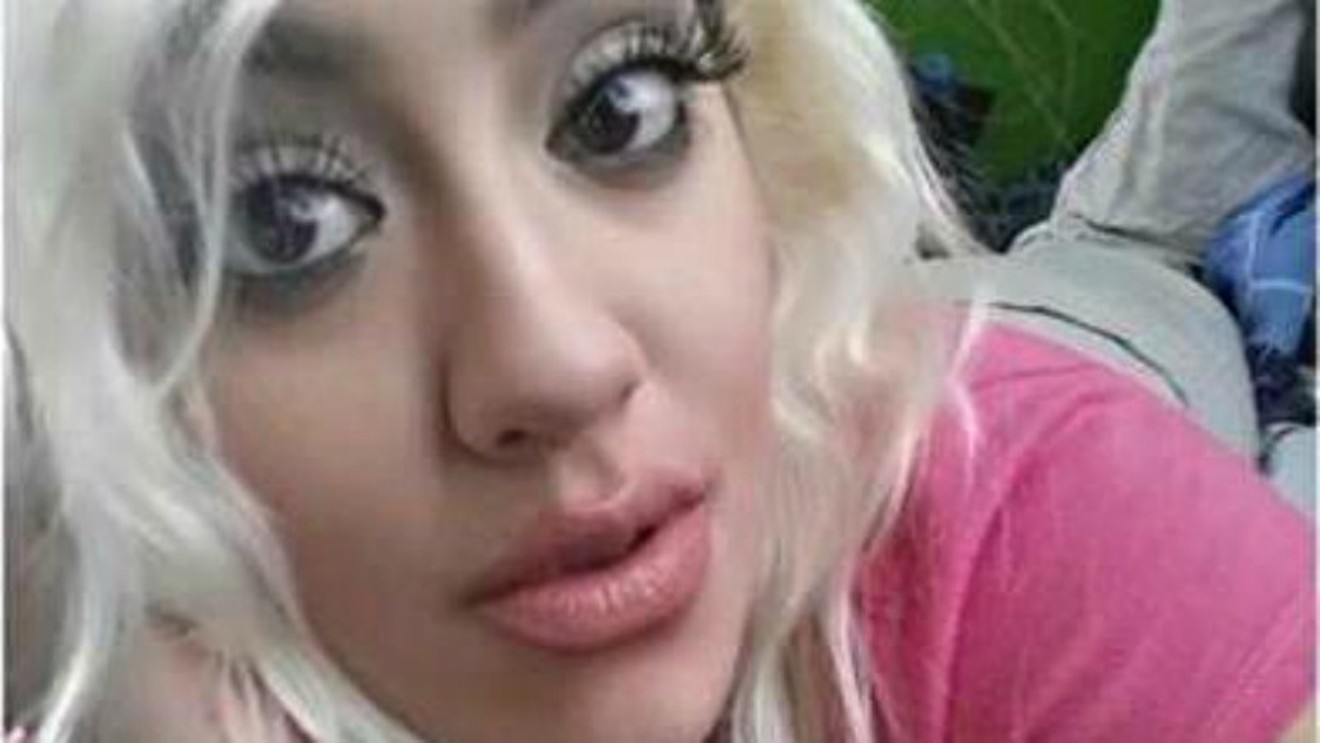 Lydia Coronado was found shot to death in the metro area's Huston Lake Park last July. gunmemorial.org/co
The Colorado page of GunMemorial.org is eloquent in its simplicity. Under a slogan that reads "Real People, Not Just Statistics," the site offers an online place to salute, celebrate, remember and mourn every single person in the state who dies from gun violence, no matter the circumstances. Included are photos, links and places for family and friends to share details about loved ones whose lives ended so suddenly. Each item stands as an individual tribute, as well as a single image in a larger mosaic that illustrates how much pain, bloodshed and heartache involving firearms takes place in our state on practically a daily basis.

"Every day, 89 people are shot dead in this country," says Steve Tarzia, the founder and publisher of GunMemorial.org. "Some of them are suicides, but there are several dozen homicides each day. And we don't talk about them unless something unusual happens."

In contrast, GunMemorial.org demonstrates that gun violence has become practically routine even in places like Colorado, whose crime statistics tend to be much lower than those in Chicago, where Tarzia is based. Even locals who carefully follow news headlines are likely to see unfamiliar names and faces.

Thus far in 2018, for instance, well-known victims such as Adams County Deputy Heath Gumm, who died in Thornton January 24 after allegedly being shot by suspect Dreion Dearing, are pictured alongside Grand Junction's Melissa Prettyman, killed by her husband on January 14, Matthew McClure, who shot himself in the head during a Greeley road rage incident on January 4, and Benjamin Sharkey, fatally wounded in Colorado Springs on January 7.

Sharkey's family has taken advantage of the posts' interactive nature. In addition to 43 virtual candles that have been lit in his name, visitors have revealed his nickname (Lil Bread) and aspects of his personality ("Loving, sweet, kind.... Always wanted to make people happy"). Also on view are comments such as "My little brother didn't deserve this" and "I am blessed to have been his mother and my heart aches to have him gone." 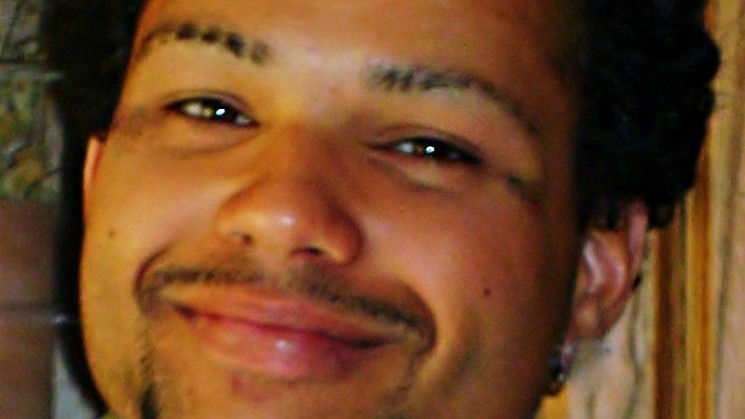 Benjamin Sharkey was fatally shot in Colorado Springs in January.
gunmemorial.org/co
According to Tarzia, the site was launched in late 2015. "I'm a software engineer, and I'd been working at a few different startups in Chicago — but I also wanted to try doing my own thing," he says. "I had the startup bug myself. I wanted to be a founder, and not just an employee. So I quit my job and was considering a variety of different ideas."

Then, on December 2 of that year, Syed Farook and Tashfeen Malik murdered fourteen people before being shot dead by police during an attack on the Inland Regional Center in San Bernardino, California.

Tarzia understood why coverage of the slayings was so sweeping. "In some sense, mass shootings are more tragic because the victims are totally random, and that randomness scares people. But they don't really reflect the larger problem. There are a lot of scattered, almost mundane incidents that don't get nearly as much attention, and it's difficult for the average person, even someone deeply involved in this issue, to understand the problem."

Gun Violence Archive, launched in 2013, "does a good job of collecting facts and the characteristics of shootings," Tarzia acknowledges. "Most of our items have a link to that page. But the statistics are just statistics. They're used by scholars and advocacy groups to tell the stories with numbers, and it's difficult for people to make any kind of decisions about policy or to care about the issue if all they see are numbers. So the purpose of the site is to look past the numbers to see who these people are, and to see that violence happens everywhere to all kinds of people."

Early on, Tarzia decided to include information about every gun death, including suicide. As he points out, "The statistics are quite clear that suicides are much more effective — you're much more likely to die — if you have a gun. Shots to the head are 98 percent fatal, whereas if you try to overdose, there may only be a 5 or 10 percent chance that you'll kill yourself. And suicidal thoughts are often temporary and may be related to events. To get a second chance may often mean the difference between life and death, but there aren't many second chances with guns."

He concedes that "every story is different, and there are definitely people on our pages who would have died whether they had a gun or not. And there are also many cases where guns save lives. But there are many more cases where they cost them." 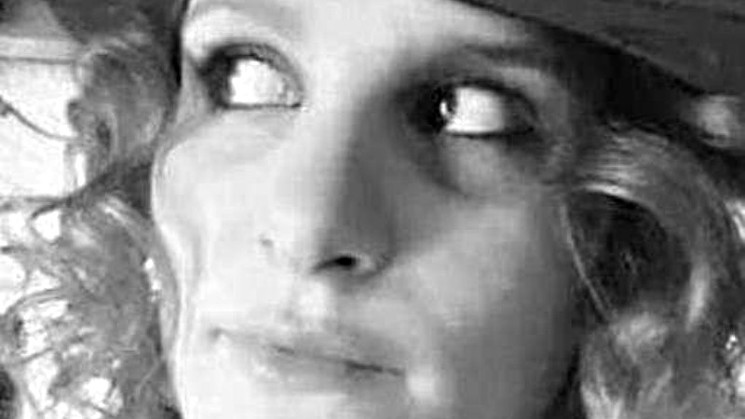 Patience Stewart was slain in Olathe last November in a bizarre case of mistaken identity. Her killer thought she was his father after a sex-change operation.
gunmemorial.org/co
His rationale for including people who died while breaking the law is similar: "A crime is more likely to be deadly when there's a deadly weapon involved. If someone has access to a gun and decides to stick someone up or invade someone's home, they're much more likely, and justifiably so, to be killed in that act. But in many, or maybe most, cases, that death wouldn't have happened if the person had been there with a knife."

Even more controversial is Tarzia's approach to murder-suicides; he creates posts for both the killer and the victim.

"Maybe once a week, I talk to family or friends of victims about that — about when a guy, and it's always a guy, kills his wife or partner and children and then kills himself," he reveals. "In those cases, I very frequently will get angry phone calls. They'll say, 'Thank you for creating this page for my daughter, my niece, my cousin. But why do you have a page for this guy who murdered her?' They're quite frankly outraged by that."

The calls disturb him, he concedes, "but my policy is to keep the pages up unless a direct family member of the person requests that I take it down. In murder-suicides, there are two sets of people affected, including people who knew the perpetrator and are feeling a loss and have a sense of guilt about it: Not only are they gone, but it's their fault, and they killed this innocent person, or several innocent people, at the same time. So there's shame and loss for these people, too, especially because the people who do this are not usually criminals. Sometimes there's a history, but very often, there are no other warning signs, of if there were, there weren't enough of them to warrant a restraining order or something like that. They can be split-second decisions" that may not have had such horrific consequences, in his view, without the presence of a gun.

Until early 2017, Tarzia made GunMemorial.org his full-time vocation. Now, however, he's teaching at Northwestern University in Chicago and relies on volunteers to help him update the site, which attracts an average of 12,000 visits every day. He sees his efforts as both rewarding and exhausting.

"I certainly get a lot of thanks from people who've lost loved ones to gun violence," he says. "But this year, the volume of it is just overwhelming."

That's true here and on most of the other 49 state sites accessible on GunMemorial.org. Click to visit the Colorado page.