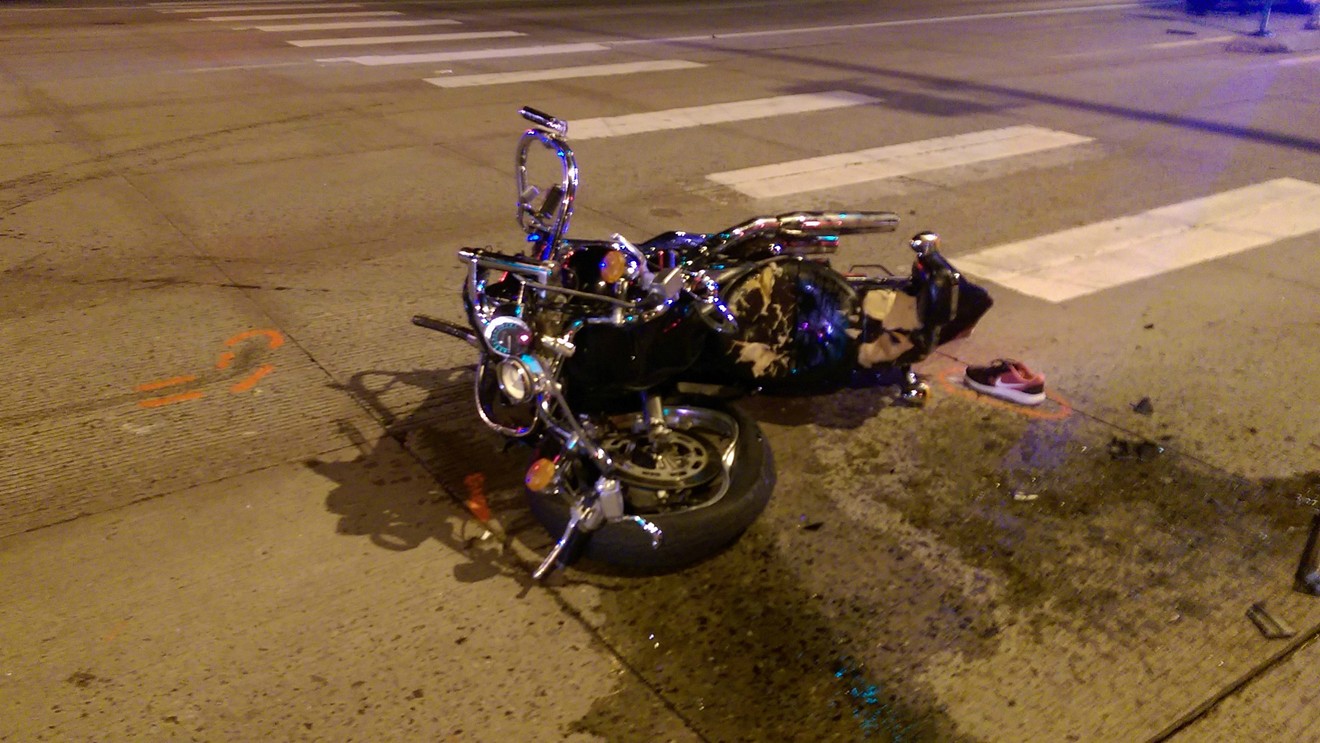 On July 30, authorities responded to two accidents involving motorcycles in the area. They took place just five hours apart, and in both cases, the motorcyclists were killed.

Sergeant Mike Douglass of the Aurora Police Department's traffic section feels these losses personally. "When you do a notification to a family, you see how painful it is for them," he says. "If people really understood what happens because of these motorcycle fatalities, or any traffic fatalities, I would like to think their behavior would change."

The APD, working with the Colorado Department of Transportation and the National Highway Traffic Safety Administration, has targeted motorcycle safety as part of its "Violation of the Month" program for August. In conjunction with this effort, Douglass offers safety advice for motorcyclists and drivers in the hopes of preventing or diminishing this kind of heartbreak in the future.

Motorcycle fatalities happen all too frequently in Colorado. According to the Colorado Department of Transportation, 101 motorcyclists died in the state in 2017, representing around 16 percent of 630 total traffic fatalities.

By the way, the 101 motorcyclist deaths was actually an improvement over the previous year, when 126 motorcyclists were killed on state roads.

In Aurora, however, the current percentage of motorcyclists who've lost their lives is worse than last year's Colorado average. At this writing, there have been twenty fatal accidents in the city circa 2018. Of those, five — a quarter of the total — involved the deaths of motorcyclists. 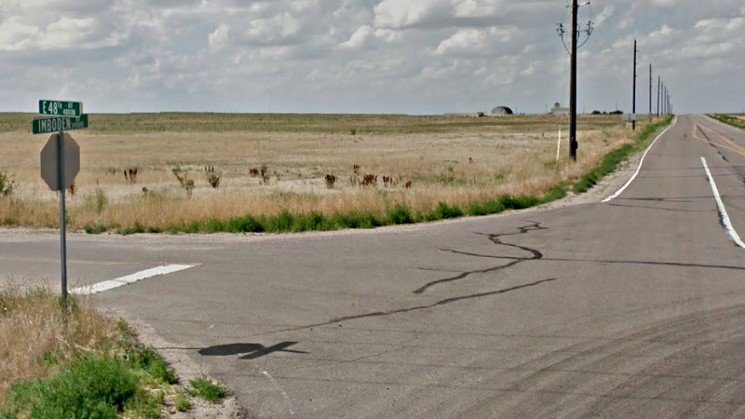 One of the fatal accidents occurred on this rural stretch of road near the intersection of East 48th Avenue and North Imboden Road.
Google Maps
Even though the fatalities on the 30th both happened within the APD's jurisdiction, the settings were different.

In the first, officers received a call at around 3:52 p.m. about an accident in a rural area near the intersection of East 48th Avenue and North Imboden Road. The department reveals that a motorcyclist halted at the stop sign on East 48th before attempting to turn south onto North Imboden — at which point he pulled into the path of a northbound truck towing a trailer. Following the collision, the motorcyclist didn't respond to treatment and was pronounced dead at the scene. He had been wearing a helmet and neither alcohol nor speed appear to have been factors in the crash.

Five hours and six minutes later, at 8:58 p.m., Aurora police officers received a call about another crash, this one in a suburban area near the point where East Iliff Avenue crosses South Kittredge Street. Witnesses referenced by the department later said two motorcyclists were traveling at a high rate of speed when one of them clipped the side of an SUV trying to make what's described as a legal turn at the intersection. After impact, the motorcyclist was transported to a local hospital, where he succumbed to his wounds. He, too, was wearing a helmet, and there were no immediate indications of alcohol involvement.

Because the investigations into the accidents are ongoing, Douglass can't talk about additional details. But in general, he says the year he's spent in his current position with the APD traffic section has reinforced his understanding of how susceptible motorcyclists are to serious injury when they tangle with automobiles.

"When you have highways or roadways that allow for higher speeds, a car does a better job of protecting people," he maintains. "You have seat belts, closed passenger compartments and a lot more body and weight to help protect the occupants. And with motorcyclists, you can have the unintended consequence of the rider coming off the bike."

Although Douglass rode motorcycles in his personal life for a year or so, the risks eventually convinced him to take other modes of transportation. But his experience makes him passionate about "doing everything we can do to keep riders safe." 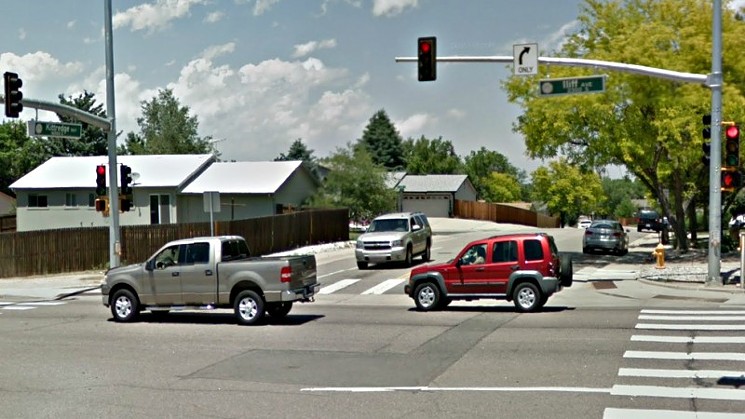 The other fatal motorcycle accident in the Aurora area on July 30 happened near the point where East Iliff Avenue meets South Kittredge Street.
Google Maps
Here are his tips.