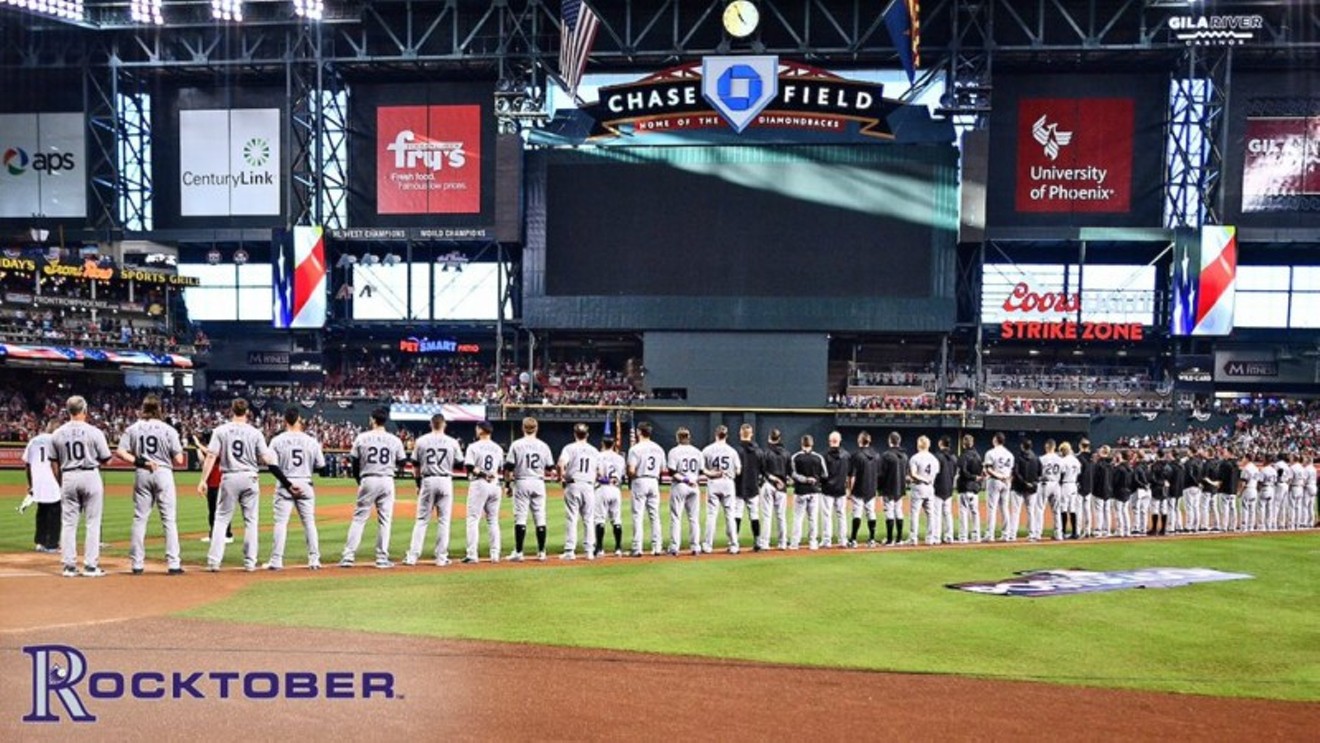 The caption on the photo above from the Colorado Rockies Twitter account reads, "Our season has come to an end here in Arizona. What a ride. Thank you for sharing it with us!" @Rockies
In a post yesterday headlined "Rockies' Playoffs Run Could Last One Game, and That's F*cked Up," I noted that I hate the play-in game for Major League Baseball wild-card teams, adding that I was confident my mind wouldn't be changed even if Colorado's team bested the Arizona Diamondbacks last night. Too bad I didn't get the chance to find out. The Rockies dug themselves a 6-0 hole, and while Nolan Arenado and company fought back to within a single run late in the contest, the ’Zona crew proved too much, ultimately winning 11-8. As such, the game joins the most heartbreaking, and just plain worst, moments in the squad's 24-year existence.

Here are some of the other dubious achievements recalled by journalists and Rockies fans.

The 2000 Spending Spree Gone Wrong
For years, the Rockies hit the cover off the ball but couldn't get reliable starting pitching. So in the year 2000, as noted by CBS Sports, the squad dropped a combined $172 million to secure the services of two veteran left-handers, Mike Hampton and Denny Neagle. Unfortunately, Hampton was a disaster in Colorado, racking up a sky-high 5.75 ERA in the 62 games he hurled for the club before being traded. Neagle's ERA was nearly as high — 5.57 — and to add insult to injury, he pleaded guilty to patronizing a prostitute in 2006.

The Dumbest Injury Ever
Clint Barmes seemed on the road to stardom in 2005 when he broke his collarbone while carrying deer meat up his stairs. He missed three months of the season, and he was never the same afterward. Call it the revenge of Bambi. 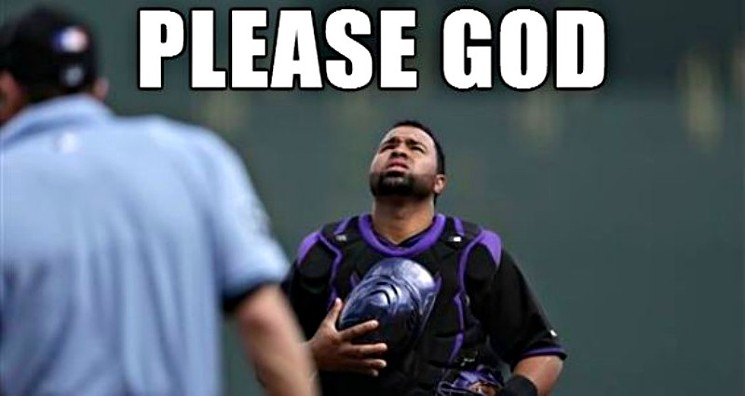 An image from our 2014 post "Photos: Twenty most memorable Colorado Rockies suck memes."
Facebook
From Ecstasy to Agony
The Rockies' run to the 2007 World Series was magical, but the outfit's loss to the Boston Red Sox in a four-game sweep was anything but. As we noted in our 2007 Hall of Shame article, the Sox players "looked like they were having more fun sweeping the Rockies than a dorm full of college coeds in a Girls Gone Wild video."

The 2010 Collapse
A Reddit thread asks the question, "What are the most heartbreaking moments for each MLB team?" One user's excellent response reads, "The end of 2010. The Rockies lost 13 of their last 14 games and missed the playoffs. It was crushing."