Best and Worst Colorado Community Colleges, According to New Study 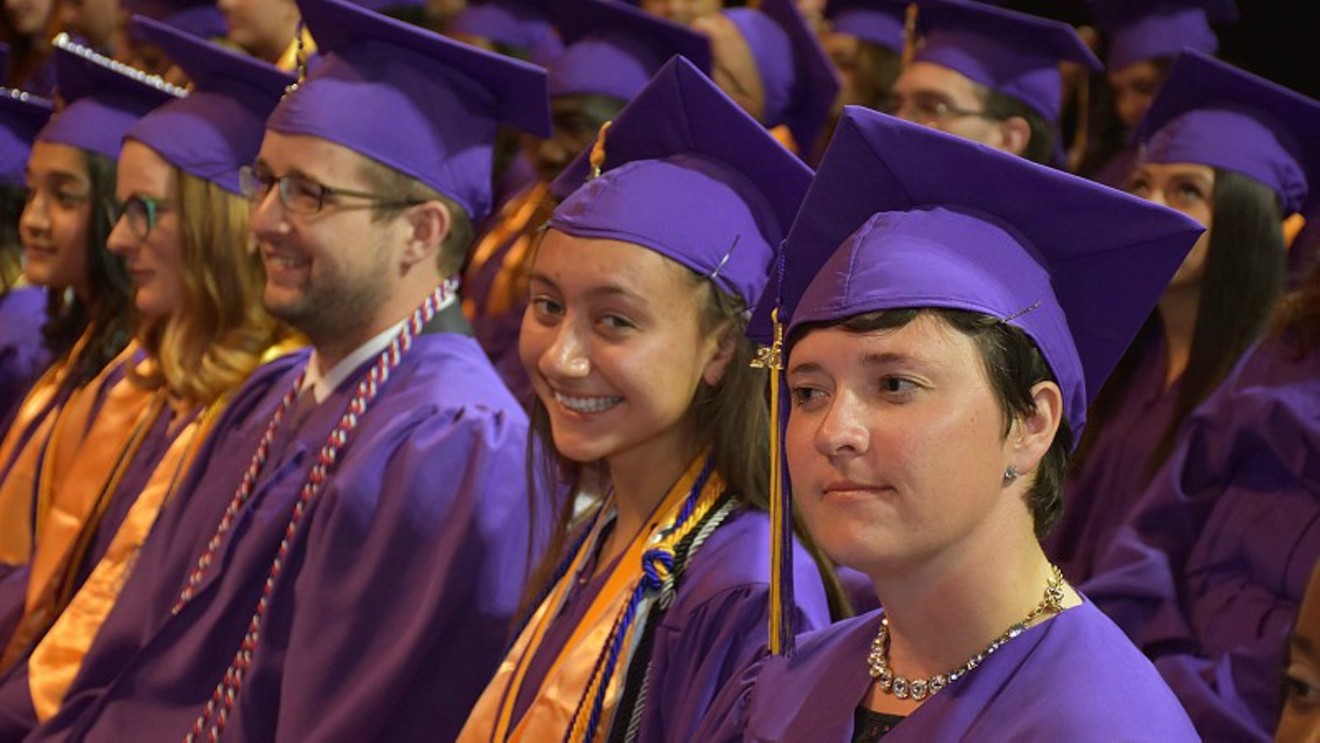 Community College of Denver graduates from 2016. Additional photos and more below. Facebook
Over the years, Colorado colleges in general, and public colleges in particular, have performed weakly in national rankings. Unfortunately, the same scenario has played out in a new study of the best community colleges in the state. Nine Colorado institutions were analyzed among 728 nationwide, with only one school from here landing in the top half of the rankings and the lowest-rated facility finishing only fifteen slots away from dead last. And the latter's location is mighty close to home.

The findings come courtesy of WalletHub, which deserves credit for taking community colleges seriously. With the cost of attending a four-year college skyrocketing, community college may be the only option available to many folks hoping to increase their earning potential via higher education. And while plenty of politicians have talked about making community college attendance free, such plans remain in the idea stage in Colorado.

The authors of the study determined the best and worst community colleges by compiling points in three self-explanatory categories: Cost & Financing, Education Outcomes and Career Outcomes. The complete methodology is below — and by its standards, Colorado community colleges were mediocre across the board.

In contrast, the study found that only Aims Community College in Greeley found its way into the top 100 by any of the main measures; it was 96th in Cost & Financing. Does this indicate that it's difficult for students to get a good deal at a Colorado community college?

"Generally speaking, it does," Gonzales allows. "Aims Community College, for instance, ranked 33rd in Average Amount of Grant or Scholarship Aid Received at $6,047, and 54th in Per-Pupil Spending at $20,336. But it tied for last in the Presence of Free Community-College Education category, with no legislation under consideration to provide free community college education across the state."

Unsurprisingly, a number of the institutions that didn't fare well in the report pushed back, Gonzalez acknowledges: "Some of the lower-ranking colleges responded to our study by pointing out the many benefits of their curriculum. While we do not dispute these advantages, it is important to note that they were not included in our study. We have pointed these schools to our methodology, in which we clearly explain which aspects were and were not included in the analysis."

When asked if it's possible to have a positive outcome from enrollment at a Colorado community college even if the institution winds up toward the lower end of the rankings, Gonzalez responds, "Of course. Our methodology includes only certain aspects of the college (and post-college) experience offered, especially when it comes to finances."

Still, you can bet there are plenty of community college administrators in Colorado and elsewhere that can't be happy with these grades. Continue to see the complete rankings for community colleges in Colorado, followed by a breakdown of the way the scores were determined.