COVID-19 and How It's Increasing Danger for Colorado's Abused Kids

Photo by Annie Spratt on Unsplash
Governor Jared Polis, Department of Human Services leader Michelle Barnes and other officials and advocates took part in the April 7 virtual launch of Child Abuse Prevention Month, officially marked every April even though, as noted by Leah Varnell, executive director for CASA [Court Appointed Special Advocates] of Jefferson and Gilpin Counties, "Every month should be child abuse prevention month."

Nonetheless, Varnell is grateful for the extra attention being placed on child abuse in Colorado right now, since  fallout from the ongoing COVID-19 outbreak is raising the danger for kids already in harm's way, she says, and threatening to increase the overall number of victims in a dramatic and disturbing way.

Arguably the most ironic warning sign: Reports of child abuse are down approximately 50 percent since Polis put a statewide stay-at-home order in place that was recently extended to April 26. Such news may "take us to a place where we think, 'That's great. That means it's not happening,'" Varnell admits. "But that's absolutely not true."

Instead, many of the factors leading to abuse have increased, she notes, as most families are largely confined to their homes even as parents may be feeling greater stress as a result of job loss, an inability to pay rent, other economic dilemmas and a fear of the unknown. Such circumstances may lead abusers to take out their frustrations on the most vulnerable individuals nearby — their children.

"Many families are already struggling, already on the brink of crisis," Varnell points out. "And because they're now isolated — because they are in close quarters and because they don't have a lot of support that the community normally would be able to provide, the children are at even greater risk."

The closure of school buildings throughout the metro area and the institution of remote learning for the remainder of the 2019-2020 academic year adds to these issues, she says: "There are no eyes on them and no ears on them in the normal ways that would happen at school, or at after-school activities. And we know that this is a problem, because historically, when school is out for even brief periods of time, like spring break or Christmas break, reports of child abuse drop," just as they're doing now.

Of course, many teachers, who are mandated by state law to report suspicions of child abuse, are still seeing pupils on a daily basis by way of classes conducted using Zoom or Google Hangout, but it's not the same, Varnell explains. Video monitors make it much more difficult to see bruises or other injuries, particularly on parts of the body other than the face, and most private conversations with children are impossible, since their communications are typically being closely monitored by parents — a particularly worrisome scenario if one of those parents is an abuser. 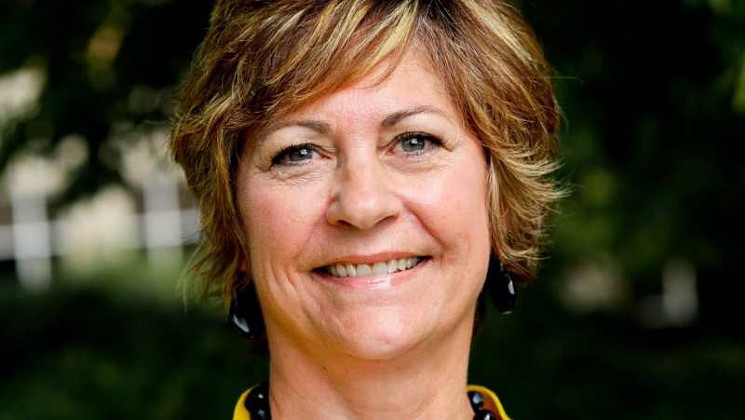 Leah Varnell is the executive director for CASA of Jefferson and Gilpin Counties.
casajeffcogilpin.com
"I've heard anecdotally that some of the teachers are really trying to get eyes on kids through the technology," she allows, "and some of our volunteers are trying to do the same thing. We heard during a conference call last week about a volunteer who was very concerned about a child she advocates for. She thinks there's some contact that shouldn't be happening based on some of the things she's seen in the background when the camera is on — such as the child being in a location he shouldn't be, a house where he shouldn't be. But there are still ways where abusers can hide what's happening from video."

Meanwhile, Varnell is concerned that parents who have thus far limited their abuse to the verbal and emotional kind may add physical mistreatment to this toxic mix. "We all know that even those of us who are in very mentally healthy and economically stable situations are feeling stress — and that's even more difficult to deal with when you don't know how you're going to put food on the table and how you're going to keep a roof over your family's head," she notes. "We also know we take out the worst on people we love, and now we don't have the ability to get any respite from each other, or time away. We're all kind of trapped."

The situation is dire now, and Varnell expects it to worsen over time: "From conversations I've had with all the stakeholders in our jurisdiction, and also my counterparts in other CASA programs around the state, we all agree that we've seen nothing like this before as far as the pendulum shift regarding filings of child abuse and neglect cases. So I see a real surge coming. I don't know how soon. Usually you don't see these things right away. But down the road, I think we're going to see a huge influx of cases and children who lived through this and are now very traumatized, very damaged."

Right now, CASA's volunteers are displaying the sort of creativity in protecting children that fills Varnell with pride, and she also praises officials working daily to come up with ways to better determine when kids need protection. But "we need more volunteers," she says. "We need people who are interested in advocating for children and who are willing to come into the child-welfare and judicial system."

Concludes Varnell: "I think this is the perfect time for the entire community to get involved in this issue, because we really need everyone to help these children. They can help by keeping their eyes and ears open. So many of us are outside in our neighborhoods right now, so pay attention — be a little bit more aware of what's going on in the house next door, or the houses in the neighborhood. You can help families as best you can even in a socially distant way by helping them to reduce stress, take a break, and stay connected."

If you know of a child being abused, call the Colorado Child Abuse and Neglect Hotline at 844-CO-4-Kids or 911. To learn about the signs of child abuse and neglect, visit CO4Kids.org. The CASA for Jefferson and Gilpin Counties website includes information about volunteering and much more.
KEEP WESTWORD FREE... Since we started Westword, it has been defined as the free, independent voice of Denver, and we'd like to keep it that way. With local media under siege, it's more important than ever for us to rally support behind funding our local journalism. You can help by participating in our "I Support" program, allowing us to keep offering readers access to our incisive coverage of local news, food and culture with no paywalls.
Make a one-time donation today for as little as $1.