The Strange Death of Darrell Havens, Prisoner Who Battled the System 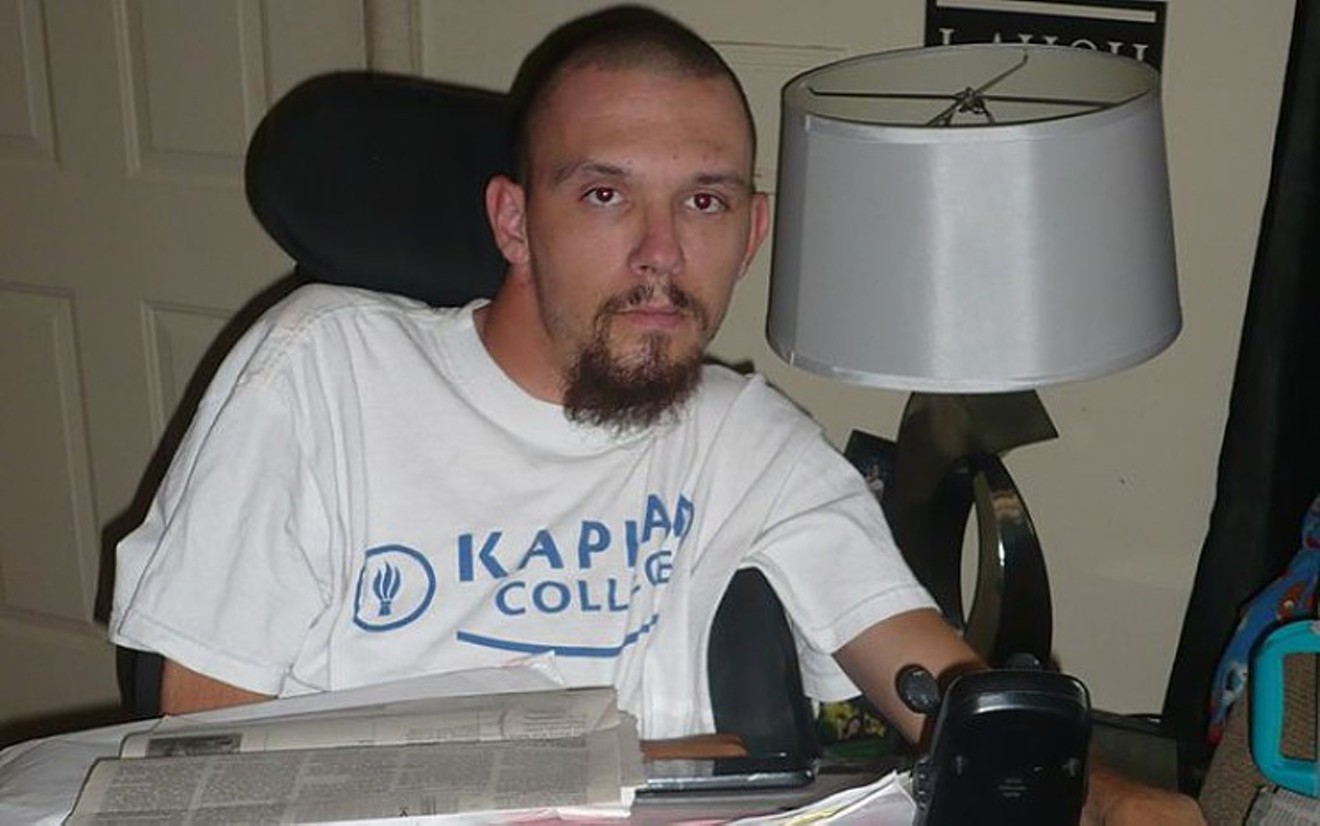 After serving nearly seven years in prison, Darrell Havens was granted a medical parole in 2015 — only to have his parole revoked a few months later. Alan Prendergast
Paralyzed in a police shooting a decade ago, Darrell Havens fought tenaciously for years to bring the circumstances of his incarceration — and the use of deadly force that preceded it — to public attention.

The judge gave him twenty years in prison. The encounter with police, who'd targeted him in a car-theft sting operation, sentenced him to life in a wheelchair.

That sentence ran out last weekend, when Havens, who'd struggled with severe health issues for years after the shooting, passed away April 23 in a Colorado Springs hospital. According to a family member, the cause of death was heart failure, apparently brought on by methamphetamine use in his hospital bed — an uncharacteristic binge caught on a phone video — in the final hours of his life. He was 29 years old.

I first met Havens seven years ago, in the course of researching our feature about his case, "Wheel Man." Both of his parents had served time on drug charges, and Darrell and his siblings had spent time in various foster homes growing up. By the age of nineteen, he had become a chronic drug user himself and a prolific car thief — and enough of a problem that a multi-agency police task force concocted a plan to lure him and a stolen Audi to a shopping center parking lot in early 2007. The plan, devised by Arvada detective Bill Johnson, was to pin Havens in the Audi with undercover vehicles and taser him if he resisted arrest. Instead, Johnson ended up firing his .45 nine times, striking Havens with three bullets and injuring his spine, leaving him a quadriplegic.

A photo taken after the shooting: Havens was behind the wheel of the Audi, its right front wheel pinned to the Chevy K2500.
File photo
Johnson told shoot-team investigators that Havens began ramming the police vehicles in an effort to escape and that he fired to protect himself, fearing the Audi might break free from being pinned by other vehicles. Interviews with other officers supported Johnson's account, and Jefferson County District Attorney Scott Storey found that Johnson used "lawful and appropriate force." But subsequent investigation and the release of an audiotape of the shooting indicated contradictions in the officers' stories and suggested the shooting wasn't as clear-cut as it seemed. Havens always maintained that police vehicles began ramming him before he could even attempt to escape, and that he wasn't in control of the car when he was shot. He was unarmed.

After months of care in hospitals and a nursing home, Havens pleaded guilty to attempted assault and received a twenty-year sentence. Alarmed by the cost of his care — estimated to be in excess of $200,000 a year — prison officials sought to obtain a medical parole for him after he'd been incarcerated just a few months. The state parole board granted the parole, then abruptly canceled it after Arvada police chief Don Wick protested the move in a call to then-board chairman David Michaud — a former Denver police chief.

Havens battled scoliosis, frequent infections, bedsores, and substandard medical care in the Colorado Department for Corrections, particularly after the DOC closed the Fort Lyon Correctional Facility — a prison dedicated to "special needs" inmates — and shifted him to the infirmary at the Denver Reception and Diagnostic Center. Although he clearly posed little or no public safety risk, it was also clear that the federal lawsuit he filed against the officer who shot him was a major obstacle to his release. Yet he persisted in pursuing the case for years (it was eventually dismissed), along with other grievances about prison health care. He finally was granted a medical parole in 2015, only to have it revoked a few months later over an alleged parole violation. 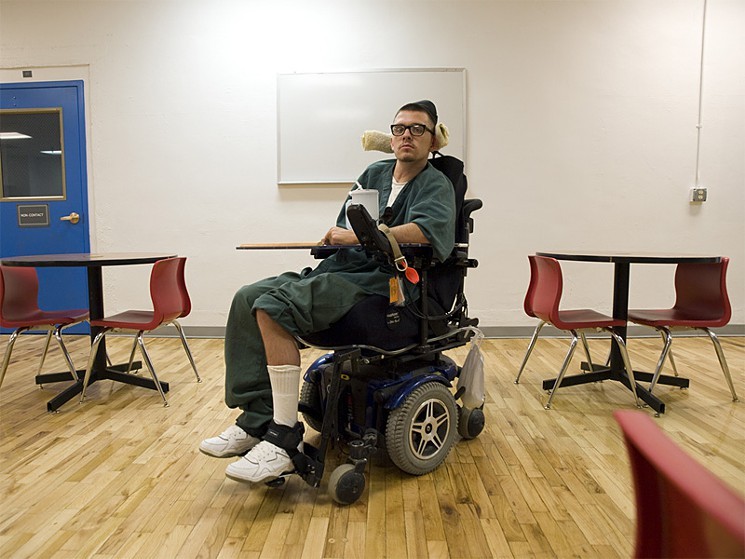 Havens at the Fort Lyon Correctional Facility in 2010.
Mark Manger
He survived that setback as well as mounting medical challenges. I visited him at Memorial Hospital in Colorado Springs a couple of times in recent weeks, as he was recuperating from yet another surgery. He was in considerable pain but resilient as ever, making plans to move into an assisted-living facility in Pueblo and maybe eventually into his own apartment. His longtime friends talk about his bigheartedness and determination, the hard-earned sobriety he'd achieved after being shot, his refusal to give in to self-pity or despair.

His death leaves behind a swirl of questions. Police are reportedly investigating how methamphetamine and ecstasy ended up in the system of a quadriplegic confined to a hospital room and whether one or more visitors were involved in supplying the drugs and recording videos of Havens in his final hours.

"Darrell was not a quitter," says his sister, Chrystal Havens. "He's been shot, sick and tortured. I have come to the conclusion that someone helped him take his life, although that isn't what he wanted to do."

Family members and friends have set up a GoFundMe page accepting donations to help pay for funeral expenses. A memorial service is planned for May 3, from 2 to 3 p.m., at the Romero Family Funeral Home, 4750 Tejon Street in Denver.