Ten Resolutions for the Democratic Party in 2022 This donkey is so patriotic, it's almost a zebra. Pixabay
With the midterm elections coming up this year, it’s make-or-break time for the Democratic Party. And really, if the Dems can’t steamroll a party like the modern GOP, then they’re as useless as their most vocal critics claim.

Granted, it’s been an uneven playing field for a while now. The Obama administration didn’t fight Mitch McConnell tooth and nail about the Supreme Court vacancy that emerged in 2015 because the Dems thought they had the 2016 election in the bag. In failing to do so, they normalized the unprecedented abuse of congressional procedure and opened the door to further abuses. That led to the stacking of the courts at almost every level, which leads us to this place now in which nothing is sure — including what Justice Brett Kavanaugh once called “settled law.”

As President Bush the lesser once said: “Fool me once, shame on…shame on you. Fool me…you can't get fooled again.” So there’s the challenge, 2022 Democratic Party, laid out eloquently. Here are a few ways you can avoid getting fooled again:

YouTube
Retain Control of Congress
Tall order, given the odds in past election cycles regarding the success of the party currently occupying the Oval Office, but why not start the list with some high aspirations? These include re-electing Michael Bennet and then holding him to a high standard of senatorial activity. (This should be a relatively easy choice, since one of his opponents is Ron Hanks, who seems like a photo negative of Tom Hanks who desperately wants to be Lauren Boebert.) And besides, this is no ordinary midterm election — we still have a worldwide pandemic raging, and the nation is still torn apart from the looting and pillaging and lack of leadership of the Trump administration. The talking heads keep referring to the mid-term elections as a foregone conclusion in favor of the GOP, but how often does the common wisdom have to call it wrong before we stop paying attention? This is a very different world in which we live and vote; Trump won in 2016, and the Democrats took the Senate in 2020, including two seats in Georgia. No conclusion is foregone. Concede nothing. Fight like hell.

…But Re-Establish Protective Guardrails Now
Admittedly, the number-one priority of the Biden administration has been to recover from the massive mis-steps that were Trump’s response to the pandemic. But a close second — and arguably, perhaps what should have been first in line — was to protect American democracy from ever seeing the abuse that’s been piled upon it for years now. This isn’t just about Trump, who was often as feckless as he was reckless; this is about Mitch McConnell, who twisted procedure to fit an unfair agenda and then bragged about it to his win-at-any-cost GOP base. Our guardrails may have held in 2020 — just barely — but it wasn’t for a lack of attempted breaches. Not only that, but every failed coup is just a practice run for the next attempt. The Biden administration needs to be codifying the political presumptions preventing systemic abuse that kept us safe with little more than a handshake and a sense of integrity. Boebert and her ilk will not go quietly into that good night.

Do Away With the Filibuster at Any Cost
It makes some sense that there’d be resistance to getting rid of the filibuster; it’s so charmingly old-school, so long a weird part of our politics. But it’s broken now, and being used to damage and manipulate the political process. It’s a back door into the congressional code, and it has to be closed. Simple as that. There are several options to consider, from absolute abolishment to options that cut the filibuster’s power down to size a bit. But something has to be done, because governing through reconciliation bills just isn’t a long-term solution. Luckily, President Joe Biden said in late December that he supported a "carve-out" for voting rights — and all fully-functioning legislators need to jump on that right now, because, well, because of the next item on the list.

Unequivocally Protect Voting Rights
If there’s anything baseline to American government and America writ both large and small, it’s the right to vote. Full stop. Any legislation seeking to undermine or eliminate that right from any sector of the voting public is anti-American in the extreme. People have fought and marched and suffered and perished for the right to vote. It is sacrosanct. Treat it that way. And Colorado? Keep voting in droves. 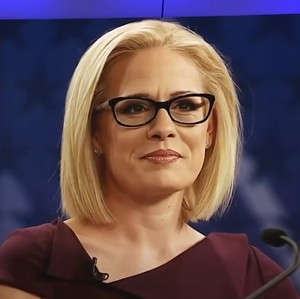 YouTube
Make Sinema Pay Attention
If there’s any clear evidence that the Democratic Party is in a bit of a mess right now, it’s Senator Kyrsten Sinema from Arizona. This is a woman who began her political career as a member of the Green Party, then switched affiliations, ostensibly to make her more electable statewide. That opportunism might have been our first clue as to Sinema’s true agenda, which seems to be power at any cost. How very 2016. In Arizona, there’s a growing sentiment that Sinema has “betrayed” her constituents; nationally, there’s a frustration as to her work ethic and her willingness to cooperate with the party’s platform. Even her own staff has had enough; five of her advisers quit in October, calling her "One of the Principal Obstacles to Progress." There are ways in which the Democratic Party can put pressure on a prima donna like Sinema. It’s past time for that pressure to get serious. 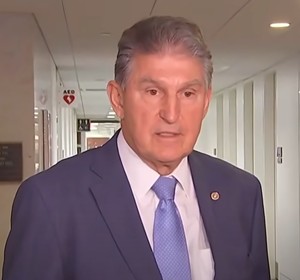 Same With Manchin
What to do with West Virginia’s Senator Joe Manchin? His aw-shucks routine has run its course in terms of political effectiveness, but it’s still his default setting. He knows nothing else, and he seems at the same time both perplexed and thrilled by the political pole-position in which he’s found himself. Manchin has long been a right-leaning Democrat, using his constituents’ presumed conservatism as a shield from criticism — but even that might now be faltering. Recently, the United Mine Workers of America issued a statement urging Manchin to reconsider his opposition to President Biden’s Build Back Better plan. Manchin, time to listen to reason.

Unabashedly Advocate for a Woman’s Right to Choose
Colorado needs to remain solidly on the side of a woman’s right to her own reproductive choices. We've fought off ridiculous personhood amendments successfully for years, and we can lead on reproductive rights just like we have with marijuana. And don’t get caught up in the ridiculous double-speak of the anti-vax movement, which apparently believes that “my body my choice” means that its members get to infect the world like a neo-Typhoid Mary without repercussions because Roe v. Wade gave women the right to choose what happens inside their own uterus. Not the same, you insufferable Karen-bots. Not the same.

Establish Term Limits for Congress
Let’s think of all the career politicians who have been in the House and Senate for decades. Many of them are the reasons for the damage to the American political system. The upsides to congressional term limits are pretty clear: fewer opportunities for corruption, an undermining of predatory lobbying, the encouragement of independent thought and cooperation, even campaign finance reform to some degree. What are the downsides? Well, we wouldn’t get to hear Mitch McConnell’s dulcet turtle-tone voice for decades on end. Participation in Congress was meant by the framers to be a mid-career stopover, originally — back in the days when the average life expectancy was under forty. It was public service for the public good, not an end in and of itself. We need to get back to that: Congress has been relying on the retention of personal power as primary focus for far too long.

Legislate to Give D.C. and Puerto Rico Statehood
We have two areas of the United States with a significant population deserving of representation in the American system of government. So what’s the holdup? Are we stuck on fifty states just because it’s a round number? No one cares if the flag changes slightly — and if they do, they’re ignorant of the fact that the current flag has only been in existence for sixty years, and the flag itself has been altered no fewer than 27 times in the nation’s history. Besides, think of all the cool, state-themed decks of playing cards we could have. Not to mention, you know, the ethical requirements of a representative democracy.

Stop Being Afraid
Most of the above suggestions are pretty self-evident, and still the Democratic Party has somehow been historically unable to make anything happen. If the GOP has nothing else to teach the Democrats, it has this: Extreme moves don’t alienate the American public like they used to, if they ever did. Democrats seem to constantly walk on imaginary eggshells. Republicans charge headfirst into the china shop with a bull on a tether, look up from the chaos, and say, “What? It was the bull, not me.” This may not be the best way to govern in the best of times, but these aren’t the best of times. The Democrats have to make bold moves in order to save America as we know it.

Happy New Year, right? Now get to work.
KEEP WESTWORD FREE... Since we started Westword, it has been defined as the free, independent voice of Denver, and we'd like to keep it that way. With local media under siege, it's more important than ever for us to rally support behind funding our local journalism. You can help by participating in our "I Support" program, allowing us to keep offering readers access to our incisive coverage of local news, food and culture with no paywalls.
Make a one-time donation today for as little as $1.