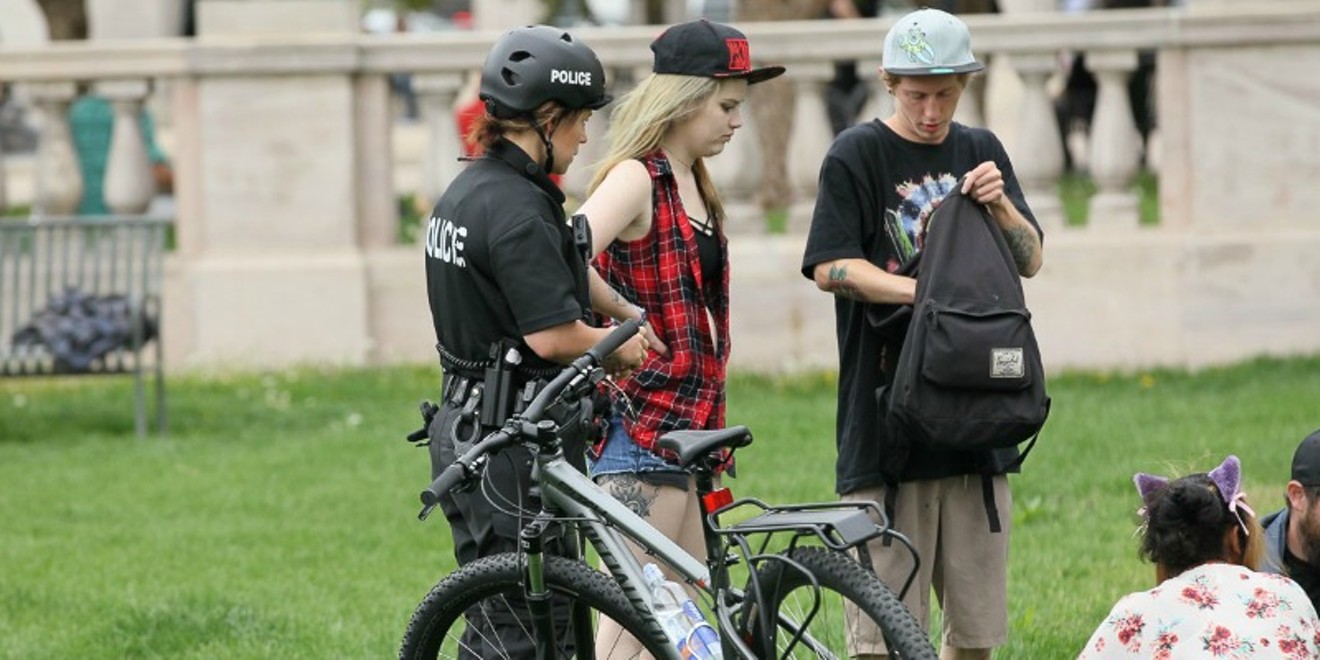 A pair of Denver 420 Rally attendees interacting with police. Brandon Marshall
Moments ago, the Denver Police Department provided Westword with the final total of arrests and/or citations for the 2017 version of the Denver 420 Rally.

The numbers are considerably higher than those initially reported — twenty citations and five arrests — but fewer than in previous years, when the festival was held on a weekend and sometimes covered multiple days.

The department now says 32 citations were written for public consumption of marijuana, with sixteen other violations that resulted in tickets or arrests.

The DPD also provided an update on a report of gunfire near the intersection of Cleveland Place and 15th Street, just north of Civic Center Park, where the rally took place. Originally, two individuals were said to have been taken into custody after the incident, during which no one was hurt. Now a department representative writes via e-mail, "We contacted two parties who may have been involved. We are continuing to investigate the incident."