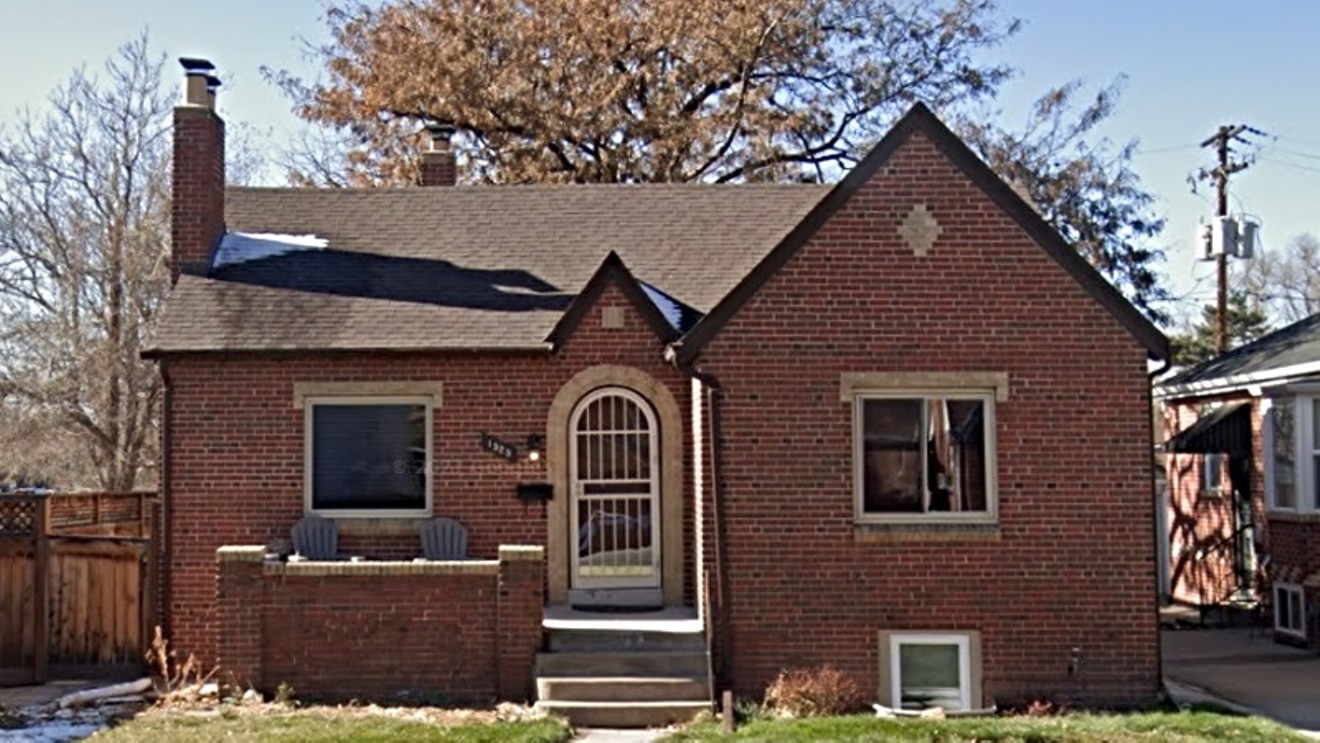 This three-bedroom, two-bathroom, 1,970 square-foot home at 1525 Holly Street is listed at $710,000, just over the average price of a detached house in Denver during December. Google Maps
Denver home prices aren't supposed to rise during cold-weather months. Since fewer people tend to look for new housing at this time of year, costs traditionally slide and relative bargains become available.

But not this year. As documented by the January 2022 market-trends report from the Denver Metro Association of Realtors, the red-hot real estate scene in Denver has defied expectations, with the average price for a detached home in greater Denver rising above $700,000, a mark associated with the eye-popping peaks registered during the spring and early summer.

Demand continues to overwhelm supply, as has been the case for more than a year in Denver. The number of new single-family, detached-home listings in December, the most recent month for which data is available, landed at just 1,781, down a staggering 30.43 percent from the 2,560 available in November and 12.78 percent fewer than the 2,042 listed in December 2020.

A graphic from the report, which runs from January 2008 to October 2021, puts these factors in perspective. The yellow line corresponds to active listings at the end of each month, while the blue line shows sales that closed over the same periods: 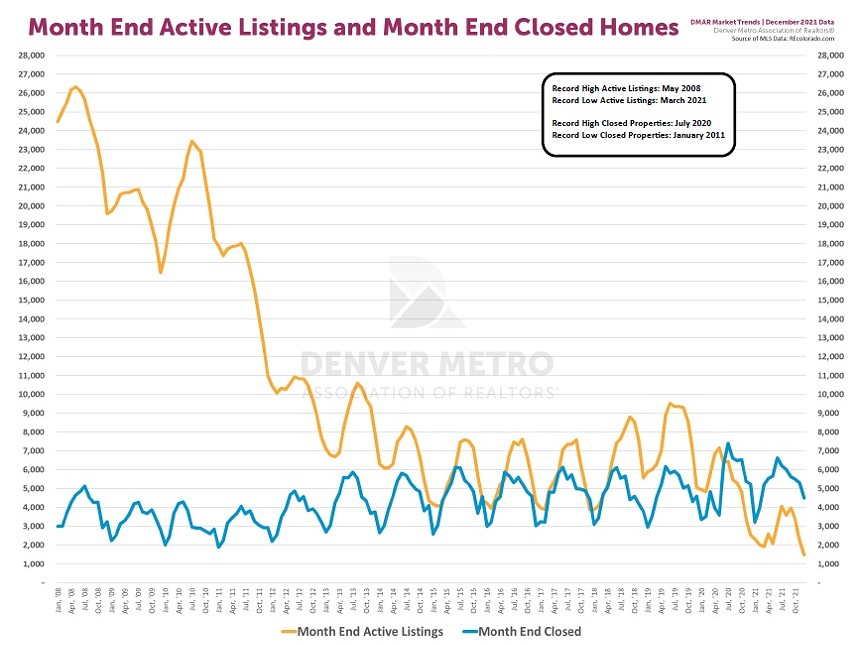 Had past been prelude, even more declines would have followed. But the November average leaped to $703,847, a surprise that suddenly looks like a pattern given the December average of $705,753, a 0.25 percent bump over the previous month.

The overwhelming majority of detached homes in Denver continue to go fast. The median span between listing and sale in December was just five days, the same number as in November. The average closing price was 101.66 percent of list.

Andrew Abrams, a local realtor who chairs the DMAR market-trends committee, is no longer surprised by statistics that vary so much from trends in previous years. "Last year, when comparing year-over-year data, it felt easy to call 2020 an outlier year," he says. "As we forecast 2022, it is a fair assumption that what was previously an outlier is quickly becoming the norm."

In such an environment, realtor Victoria Macaskill advises buyers to "think of a home’s list price as the opening bid, like an eBay auction. This is just the starting point, and the home will likely be bid up from there. A buyer will have one opportunity to submit their best offer. If their max purchase price is $700,000, they need to be looking below this price to leave room to negotiate up."

Macaskill adds: "Many sellers are strategically underpricing their homes to create a multiple-bid scenario. This will naturally drive the price up to what the market is willing to pay."

Here comes the new year, same as the old year. Click to read the Denver Metro Association of Realtors' January 2022 market-trends report.
KEEP WESTWORD FREE... Since we started Westword, it has been defined as the free, independent voice of Denver, and we'd like to keep it that way. With local media under siege, it's more important than ever for us to rally support behind funding our local journalism. You can help by participating in our "I Support" program, allowing us to keep offering readers access to our incisive coverage of local news, food and culture with no paywalls.
Make a one-time donation today for as little as $1.