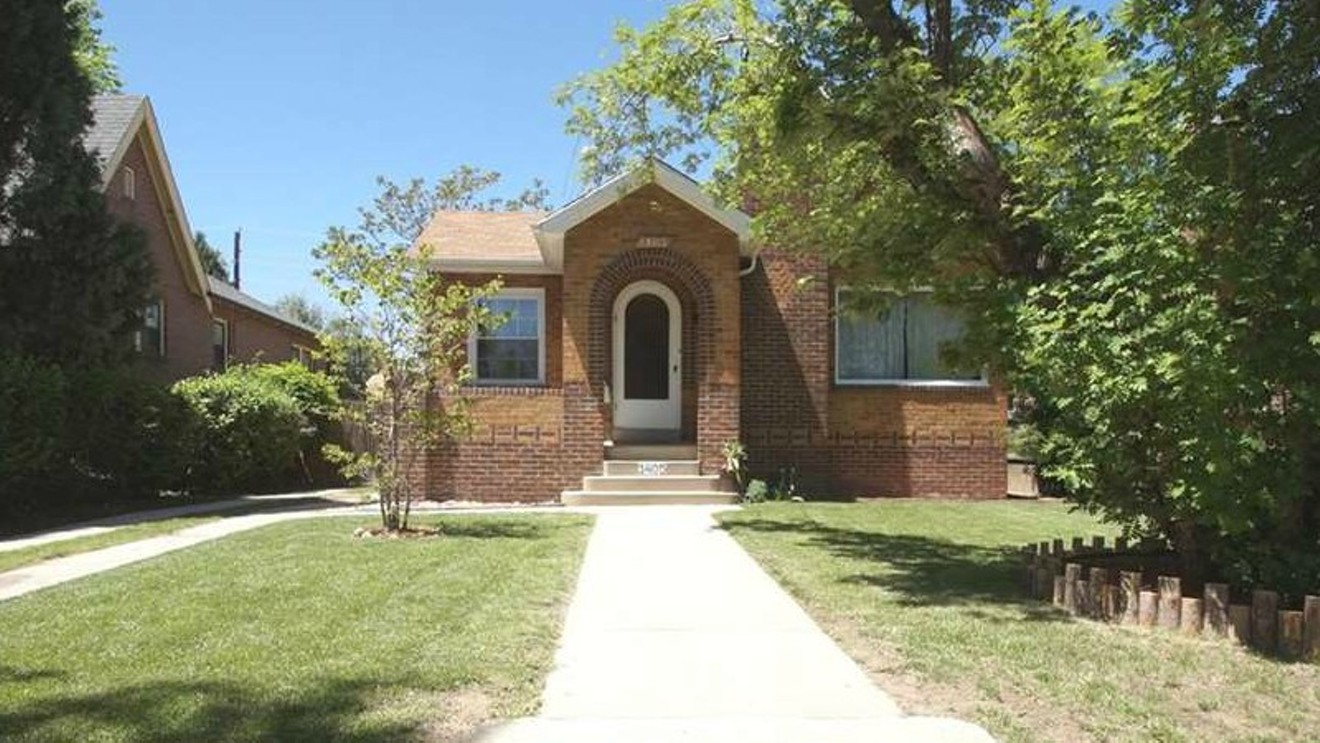 Why? The new average price for such a property is up nearly $40,000 in just three months. And over the past four years, that average has leaped skyward by more than $171,000 — an amount that would have bought a young family quite a nice house not all that long ago.

These revelations are contained within the June market trends report from the Denver Metro Association of Realtors. It's accessible below in its entirety.

According to DMAR, the average price for a detached single-family home in metro Denver last month was $540,624. That's an increase of $37,638 since February, or around 7 percent.

Condos have grown more expensive during this period, too, though not as dramatically. The average condo sold last month in metro Denver cost $356,337 as compared to $345,632 three months earlier. That's a difference of $10,705, or slightly more than 3 percent.

Inside 1405 Dahlia Street.
Homesnap
Over four years, however, the prices of condos have actually risen at a speedier rate than have detached, single-family homes. And the latter now cost nearly a third more than during that period.

That's staggering. And there's no end in sight.

Continue to get facts and figures about detached single-family homes and condo sales in metro Denver from 2014 to the present, illustrated with photos of properties listed on the Homesnap website that are in the new average range, as well as a link to the complete DMAR report.