Rob Walton shaking hands with Greg Penner, Walmart chairman and his son-in-law. walmart.com
At the unlikely time of 9:29 p.m. on June 7, the Denver Broncos confirmed a leak from earlier in the week that Walmart heir Rob Walton had won the bidding war for the team. The reported purchase price of $4.65 billion is higher than the $4.5 billion that had previously been estimated, and by far the largest amount ever paid for a professional sports franchise.

The Broncos' statement about the pact references a purchase-and-sale agreement with the "Walton-Penner family." These words essentially confirm speculation that Greg Penner, Walton's son-in-law by virtue of his marriage to Carrie Walton Penner, granddaughter of Walmart founder Sam Walton, will be a major player in the ownership group. The 52-year-old Penner has already followed in his father-in-law's footsteps once before: taking over from Rob as Walmart's chairman of the board in 2015, becoming only the third person to ever serve in at position.

Here's what current Broncos president and CEO Joe Ellis, speaking on behalf of the trust named for the outfit's previous owner, the late Pat Bowlen, had to say about the deal:


I have enjoyed getting to know Rob Walton, Carrie Walton Penner and Greg Penner throughout this process. Learning more about their background and vision for the Denver Broncos, I am confident that their leadership and support will help this team achieve great things on and off the field.

I sincerely appreciate the cooperation of our football leadership, executive team and staffs at both UCHealth Training Center and Empower Field at Mile High over the last few months and years. We also want to recognize the work of Allen & Company and Proskauer Rose, which have guided us through this process in a timely and efficient manner.

While this purchase and sale agreement is pending approval from the NFL's finance committee and league ownership, today marks a significant step on the path to an exciting new chapter in Broncos history.

Walton, too, shared remarks, and he made prominent mention of Carrie and Greg Penner. But he spent even more time talking about another individual, Mellody Hobson:
click to enlarge 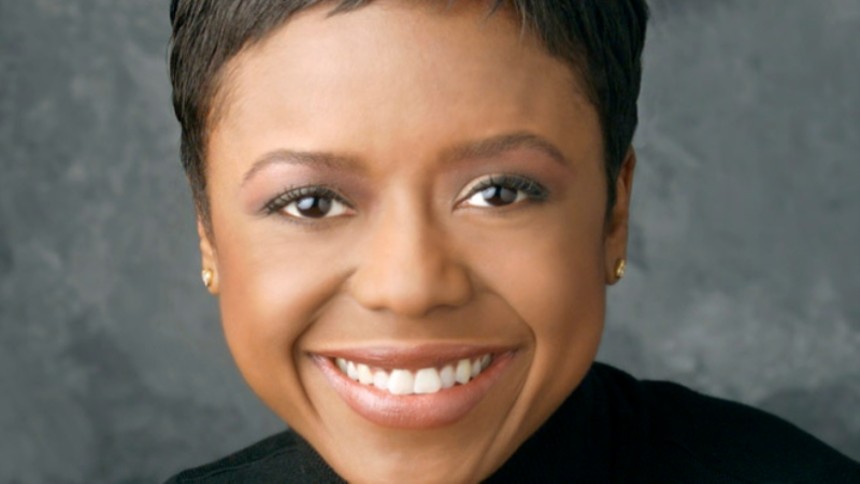 A portrait of Mellody Hobson shared by Starbucks, for which she serves as board chair.
https://stories.starbucks.com/

We are thrilled to be selected to move forward with the purchase of the Denver Broncos! Carrie, Greg and I are inspired by the opportunity to steward this great organization in a vibrant community full of opportunity and passionate fans.

Having lived and worked in Colorado, we've always admired the Broncos. Our enthusiasm has only grown as we've learned more about the team, staff and Broncos Country over the last few months.

We are excited to announce that Mellody Hobson, Co-CEO of Ariel Investments, has agreed to join our ownership group. Beyond her role at Ariel, Mellody is an influential leader in corporate and civic organizations across the nation.

Mellody currently serves as Chair of the Board of Starbucks Corporation and is also a director of JPMorgan Chase. We know she will bring her strategic acumen and leadership perspective to our team.

Thank you to Joe Ellis and the staff of the Broncos for the first-class manner in which they have conducted this sale process. In addition, we thank Hogan Lovells for their guidance and support in this effort.

We look forward to earning the confidence and support of the NFL as we take the next step in this process. When the necessary approval procedures are met, our family is excited to share more with Broncos fans, the organization and the community.

Throughout the sale process, NFL commissioner Roger Goodell stressed the importance of diversity — a word that doesn't immediately leap to mind regarding the Walton family. But Hobson is Black, and incredibly accomplished. In Forbes's 2021 ranking of America's most powerful women, Hobson placed fortieth. The magazine lauded her as "a longtime advocate for closing the racial wealth gap." She also happens to be married to none other than Star Wars creator George Lucas.

As for Penner, his Walmart bio reports that he earned a Bachelor of Science degree in 1992 from Georgetown University (where he met Carrie) and a master's in business administration from Stanford five years later. His work history includes a gig as a financial analyst at Goldman Sachs & Co., a general partnership with Peninsula Capital, and roles on the board of directors for Baidu Inc. and Hyatt Hotels. At Walmart, he served as senior vice president and chief financial officer for the mega-corporation's Japan sector, as well as senior vice president of finance and strategy for Walmart.com.

Carrie Walton Penner is a boardmember for the Walton Family Foundation.
waltonfamilyfoundation.org
The more interesting details about the Penners are left to other publications. For instance, the Chicago Tribune pointed out that Greg is the son of two sex therapists from Pasadena, California. A 2014 Inside Philanthropy profile of Carrie, headlined "This Quiet Walton Heir Is An Uber Education Policy Wonk," reported that she's "a stay-at-home mom of four children in Atherton, California, where she lives in an $18 million home." But it also described her as "very much the product of elite education institutions, as opposed to, say, the cultural milieu of Bentonville, Arkansas," where Walmart was born, including the Governor's Academy in Newbury, Massachusetts, a tony private school that dates back to 1763, as well as Georgetown.

Inside Philanthropy stressed Carrie's advocacy for the school-choice movement, which continues to this day. She is currently on the board of directors for the KIPP Foundation, the country's largest charter-school organization. Her page on the KIPP website maintains that "her passion for educational equity was ignited during college when she witnessed firsthand the significant quality discrepancy in the U.S. public education system while tutoring high school students in Washington, D.C. She has been active in education research, evaluation, advocacy, and philanthropy for more than twenty years. She is focused on improving access to high-quality schools for every child, particularly those in low-income communities."

Carrie is also a past boardmember with the Alliance for School Choice, now rebranded as the American Federation for Children, where she worked closely with Betsy DeVos, who would become a controversial Secretary of Education under President Donald Trump. As a campaign donor, she's mainly given bucks to Republican candidates, but Inside Philanthropy revealed that she ponied up for "Democrats like Michael Bennet of Colorado, who supports school choice." She also provided some cash for Barack Obama's 2008 presidential run, while her husband backed John McCain.

They're on the same team now — the ownership group that just purchased the Denver Broncos.
KEEP WESTWORD FREE... Since we started Westword, it has been defined as the free, independent voice of Denver, and we'd like to keep it that way. With local media under siege, it's more important than ever for us to rally support behind funding our local journalism. You can help by participating in our "I Support" program, allowing us to keep offering readers access to our incisive coverage of local news, food and culture with no paywalls.
Make a one-time donation today for as little as $1.