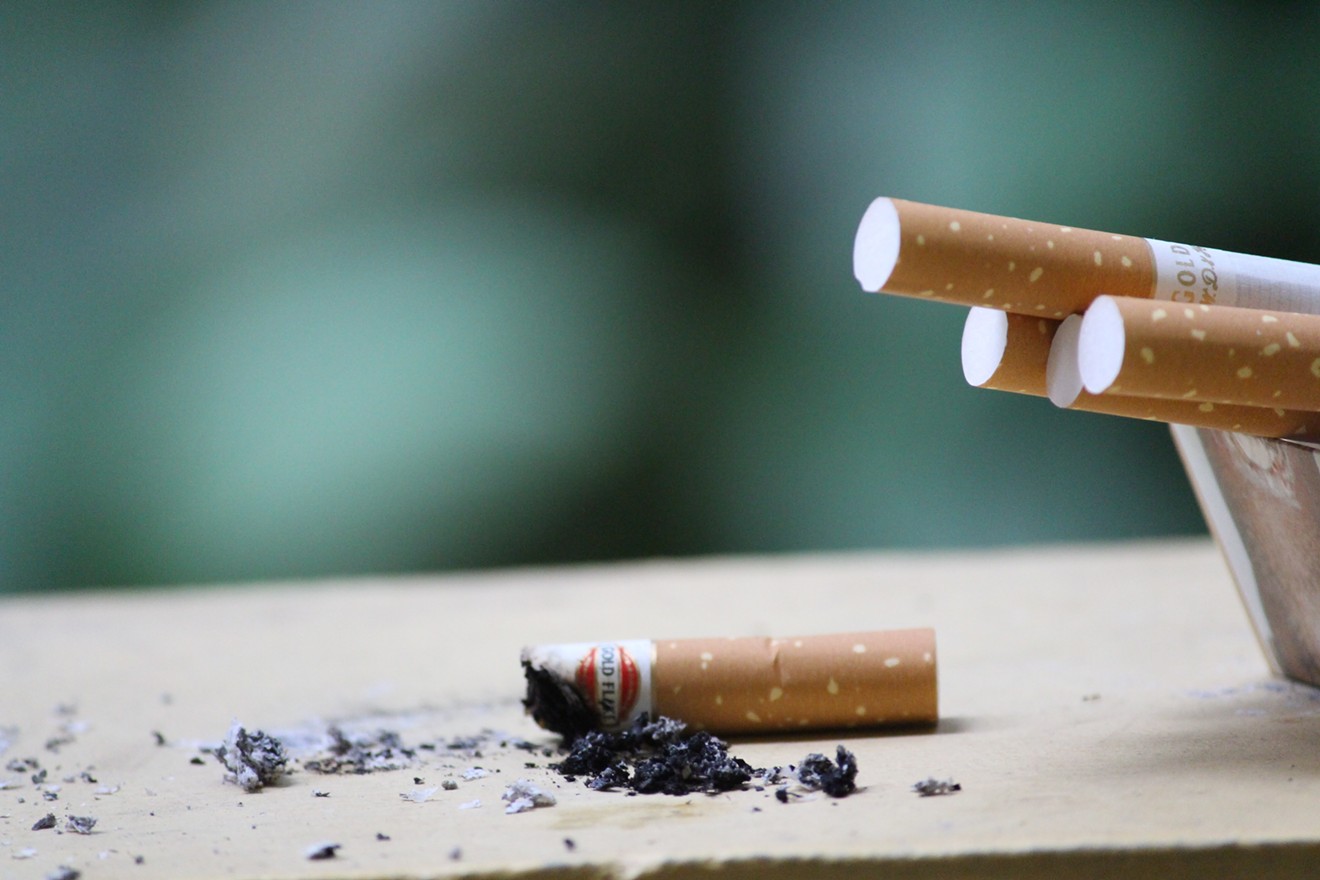 Denver City Council has raised the minimum age to buy cigarettes from 18 to 21. Pexels
On Monday, September 30, Denver City Council voted unanimously to raise the tobacco purchasing age to 21 and require licensing for shops that sell tobacco products.

The initiative, proposed by the Denver Department of Public Health and Environment, is aimed at lowering youth use of tobacco products in the capital of the state with the highest rate of youth vaping.

The age raise will take effect as soon as the mayor signs the resolution later today, October 1, and the licensing process will be rolled out over the next year. Any store that sells tobacco products, including gas stations and specialty electronic cigarette shops, will need to apply for licenses by the end of 2020. Whereas marijuana dispensaries and liquor stores are licensed by both the state and the City of Denver, tobacco shops have thus far avoided these requirements.

The city will charge shop owners an initial $250 fee for the application and then $500 if a store receives a license, which will be up for renewal annually and will be granted based on a store's history of compliance over the previous year. A store will pay $500 each year that its license is renewed.

The licenses will have proximity requirements so that stores selling tobacco products won't be able to operate within a thousand feet of spaces that cater to children, such as schools, pools and city-owned recreation centers.

Councilman Kevin Flynn introduced an amendment to the resolution to remove a proposed proximity requirement for daycare centers, arguing that children who are that age don't buy cigarettes. The amendment also removed part of the resolution that called for 500 feet between other tobacco shops, because 84 percent of existing tobacco shops would have been in violation and would have needed to be grandfathered in. The proximity requirements for schools, pools and recreation centers will not affect tobacco shops as long as applications are submitted to the city by July 2020.

Councilmembers Chris Hinds, Chris Herndon and Debbie Ortega voted against the amendment (Councilwoman Kendra Black was absent). "I think it does send a mixed message," Herndon said before his vote.

According to Tristan Sanders, public health manager at the Department of Public Health and Environment, Denver boasts one of "the most robust compliance program for tobacco sales anywhere in the country," with investigators performing compliance checks four times a year at every store known to sell tobacco. During these checks, minors go into the store with an investigator standing nearby and attempt to purchase tobacco products, like cigarettes or e-cigarettes, without an ID.

About 25 percent of all checks of e-cigarette sales find non-compliance. "Although we still see cigarettes [sold] to our minors, we see much higher non-compliance with e-cigs," Sanders told Westword for a previous story.

In a press release, the Department of Public Health and Environment notes that over half of known tobacco retailers have had at least one compliance violation.

Penalties for non-compliance depend on how often they occur, but they can start with fines and ramp up to suspension of tobacco sales. Now the city will also be able to pull licenses from repeat offenders, which could be fatal for some stores.

"There are some stores where upwards of 70 percent of revenue is coming from tobacco sales," Sanders previously said.

The department will send out signs advertising the 21-age minimum to tobacco shops in the coming weeks and will start compliance inspections next week through the end of the year. Those found to be out of compliance during that period will receive warning letters as part of the city's soft rollout of the new law.

A handful of municipalities in Colorado (and eighteen states) have raised the tobacco purchasing age to 21. In an effort to combat the youth vaping epidemic, some cities, like Boulder, have banned the sale of all flavored vaping products, and the Food and Drug Administration will ban the sale of flavored vaping products in the coming weeks.
KEEP WESTWORD FREE... Since we started Westword, it has been defined as the free, independent voice of Denver, and we'd like to keep it that way. With local media under siege, it's more important than ever for us to rally support behind funding our local journalism. You can help by participating in our "I Support" program, allowing us to keep offering readers access to our incisive coverage of local news, food and culture with no paywalls.
Make a one-time donation today for as little as $1.