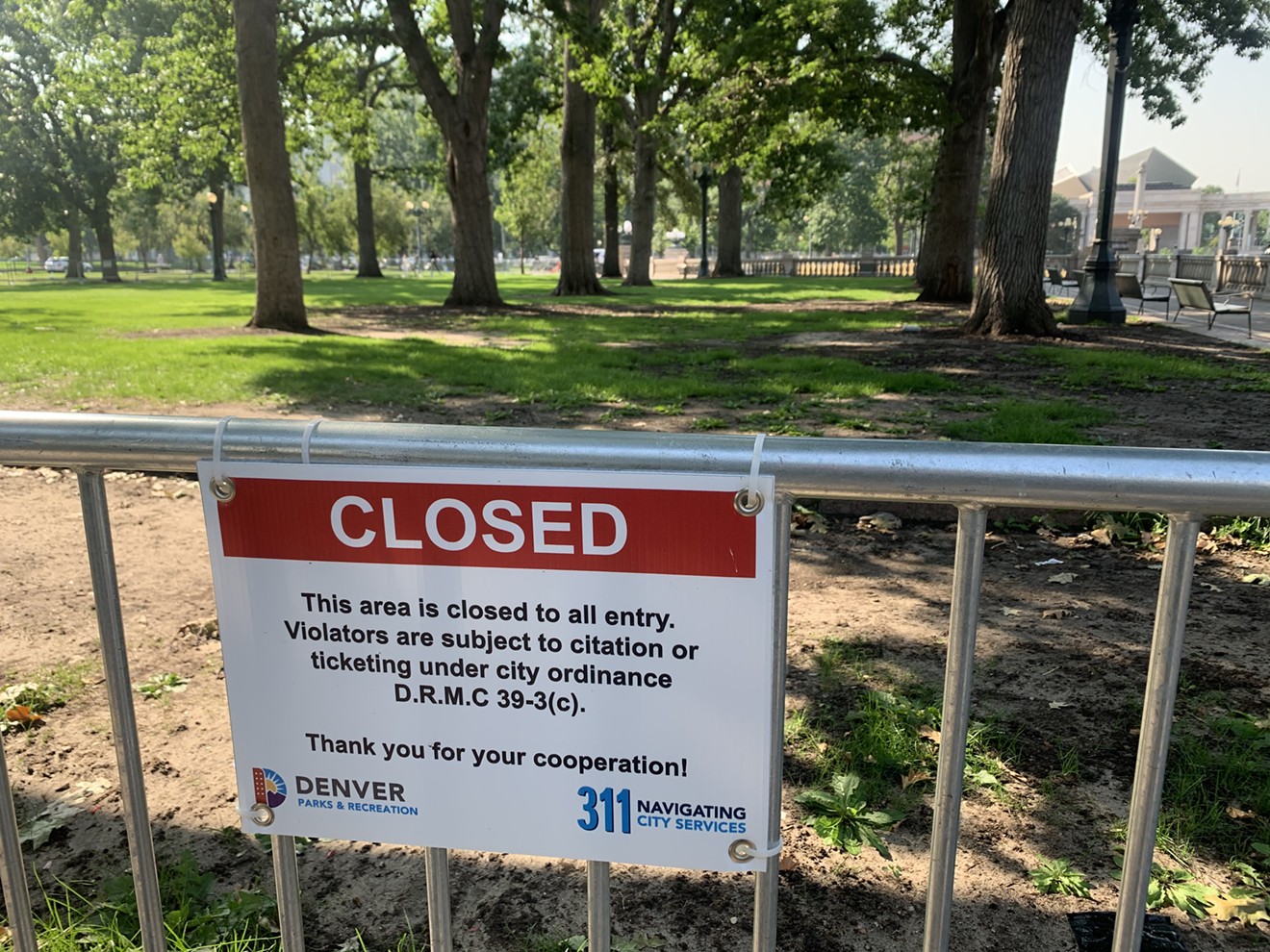 “The current challenges within Civic Center Park have reached a tipping point, creating conditions that put the public’s health and safety at risk. This cannot and will not be allowed to continue. This is the people’s park and we are taking steps so that everyone can once again feel safe and welcomed there," Mayor Michael Hancock says in a statement regarding the closure.

The park has become a scene of rodent infestation, human waste, drug sales and violence, according to the Denver Department of Parks and Recreation.

Among other things, a fatal shooting took place near the northeast corner of Civic Center Park on the evening of August 6.

"To address these issues, Civic Center Park and adjacent areas will be closed until further notice for mitigation and restoration work. During the park closure, park grounds will be cleaned and cleared and DPR will rehabilitate and revitalize areas of the park that have been significantly damaged this summer. When work is complete and all public health issues have been mitigated, Civic Center Park and surrounding areas will be reopened as a safe, clean and inviting public space," the parks department says in a release announcing the closure.

On the morning of September 7, Brian Maass of CBS4 broke the news that the City of Denver would be shutting down Civic Center Park.

“It’s not safe to walk through the park,” Scott Gilmore, the deputy executive director of Parks and Recreation, told CBS4. “We need to take back the park."

But although the closure of what city officials market as the "centerpiece of Denver's green space" is a major deal, for hours after the CBS4 story came out, Denver officials stayed silent.

Gilmore, who is usually willing to speak to members of the press about everything from goose cullings to homelessness, didn't respond to multiple texts, calls or emails from Westword. Cyndi Karvaski, a spokesperson for the Department of Parks and Recreation, also didn't respond to Westword.

Finally, hours after city contractors had started constructing barricades in Civic Center Park, the parks department issued an announcement with language much more carefully crafted than Gilmore's casual talk about working to "take back the park."

While the park already closes at night and park rangers enforce the 11 p.m. curfew in order to prevent people from sleeping in the park, people experiencing homelessness often hang out in Civic Center Park during the daytime.

The move to close the park will likely push people who spend time in Civic Center Park into nearby open areas, such as the state-owned park directly across Lincoln Street from the Capitol. That park was closed in 2020 for a massive cleanup. But the state plans to keep it open now. 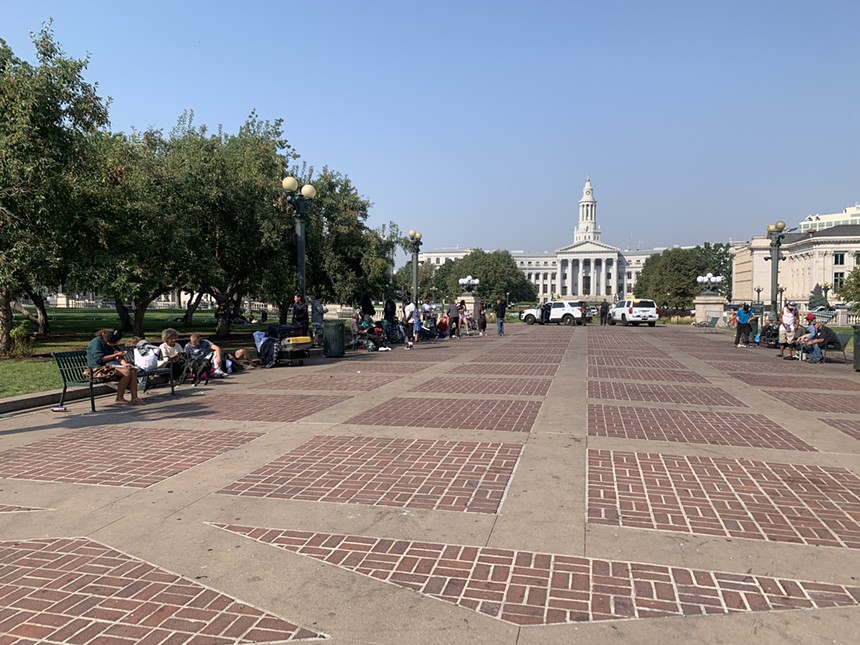 People experiencing homelessness often hang out in Civic Center Park.
Conor McCormick-Cavanagh
"Lincoln Veterans' Memorial Park is not scheduled to close during the city's shutdown of Civic Center Park. The Department of Personnel & Administration has decided to suspend the permitting of any food service events in Lincoln Veterans' Memorial Park during this time, although no permits have been requested," says Doug Platt, a spokesperson for the Colorado Department of Personnel and Administration.

Large homeless encampments have sprung up over the years in Lincoln Veterans' Memorial Park, resulting in sweeps that have been jointly undertaken by the Denver Police Department and the Colorado State Patrol.
KEEP WESTWORD FREE... Since we started Westword, it has been defined as the free, independent voice of Denver, and we'd like to keep it that way. With local media under siege, it's more important than ever for us to rally support behind funding our local journalism. You can help by participating in our "I Support" program, allowing us to keep offering readers access to our incisive coverage of local news, food and culture with no paywalls.
Make a one-time donation today for as little as $1.