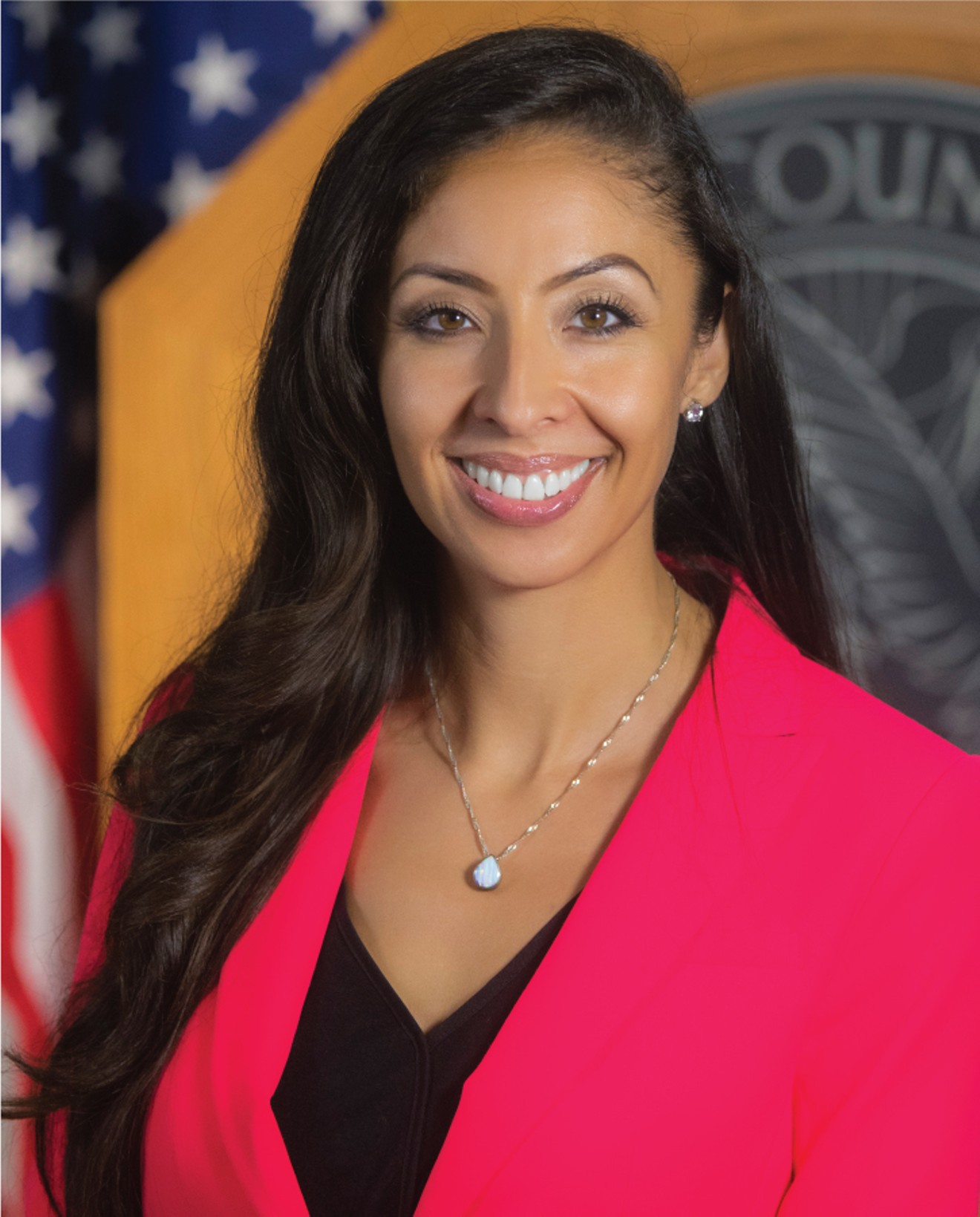 Denver City Council representative Candi CdeBaca. denvergov.org
Candi CdeBaca doesn't mince words during Denver City Council meetings. She's direct and often critical of city officials and even other members of council; she's gone so far as to suggest that the prohibition against "impugning" be removed from council protocol.

Her supporters find such straight talk refreshing...but CdeBaca is in hot water over her recent "#solidarity Yaaas!!" retweet responding to a tweeter who'd said this: "For the record, if I do get the coronavirus I'm attending every MAGA rally I can."

The original tweet was "sarcastic," CdeBaca explains, and meant to "call attention to the [Trump] administration's downplaying of the Coronavirus outbreak as a 'hoax' no more dangerous than the common flu." Over 90,000 people have been infected with the coronavirus, formally known as COVID-19; about 3,000 people have died from it so far, including nine in the United States.

But while CdeBaca characterizes the tweet as sarcasm, in his own retweet the president's son says that she and the original tweeter are "sick."


These people are sick. https://t.co/74mEIJDOpa

Calling for CdeBaca to "resign immediately," Lx Fangonilo, executive director of the Colorado GOP, sent out this statement today, March 3:

"Councilwoman CdeBaca praising a social media post calling for Trump supporters to be infected with the coronavirus is simply disgusting. There can be no room in our politics for wishing harm on Americans who have different political beliefs. Democrats in Colorado and across the country need to condemn this evil statement."

Steffan Tubbs, a conservative radio host for KNUS, at 710 AM, just tweeted the numbers that Denver residents would have to hit in order to successfully recall CdeBaca.

And it's not just Republicans who are criticizing CdeBaca. Fellow councilmembers are also questioning her actions.

"It's not personally something that I would have tweeted or I agree with," says Jolon Clark, Denver City Council president. "I think that our government has gotten so divisive and so eager to turn to insult, and I think the bedrock of democracy is disagreement. That is what we should be holding up as sacred. Anytime we chip away at that ability for civil discourse and for differing views to be held valid and we turn to insult and injury, that's something that hurts the bedrock of our democracy."

Earlier today, during a council committee meeting that CdeBaca missed, Councilman Chris Herndon asked a group of middle-schoolers who had come to observe city politics whether any of them were interested in becoming elected officials. He followed up his question with this: "Stay off social media, that's my advice."

Other councilmembers are staying out of the controversy. "I really don't comment on what other members choose to do with their personal twitters," says Kevin Flynn, who added that he doesn't "have enough brain cells to devote to a Twitter storm."

The administration of Mayor Michael Hancock, who recently unveiled Denver's preparations for handling the arrival of coronavirus in this city, also declined to weigh in. "We are focused on the real work of ensuring public health and safety," says Theresa Marchetta, a spokesperson for the mayor.

In response to our query, CdeBaca sent this statement explaining her position:

Twitter is twitter. Sarcasm is often the tone of tweets, especially political commentary because of the nature of the tool. It's designed for 125 characters of sharp and simple commentary.

I made a sarcastic tweet on Twitter responding to a thread regarding the CDC briefing with Trump to call attention to the administration's downplaying of the Coronavirus outbreak as a "hoax" no more dangerous than the common flu. What the conservatives are missing (in addition to the sarcasm) is the irony in their concern for human life is that is precisely what I was mocking the president for lacking. The original poster was sarcastically conveying that if the President believes it is a hoax, then why should there be worry if infected individuals are in their presence? She was sarcastically conveying that she would show up to their rallies in solidarity.

I simply amplified her sharp commentary and the inconsistency in their application of logic seems to have shown itself to us in the responses from conservative media.

I do not regret calling attention to the issue and inconsistency. Rather than conservative outlets making a four-day-old Tweet their focus on Super Tuesday, they should focus their energy on demanding a competent Federal response to this public health crisis instead. Yesterday's briefing with the President showed us yet again he believes this virus is essentially a flu.