What do the numbers show? Photo by Bill Oxford on Unsplash
In a February speech talking about a new crime prevention and public safety plan, Mayor Michael Hancock took aim at personal recognizance bonds, which allow a person arrested for a low-level crime to be released pre-trial without paying money.

"Unfortunately, the reforms also opened a revolving-door loophole that is letting offenders get out of jail on PR bond only to reoffend. Reoffend repeatedly. This, too, is completely unacceptable," Hancock said, while adding that bond reform "was undoubtedly the right thing to do."

Colorado has seen a series of bond reforms over the last decade, and in 2019, the Colorado Legislature passed a bill that banned monetary bond requirements for low-level offenses, and instead required individuals arrested for these offenses to be granted PR bonds. Low-level offenses are below the level of a misdemeanor.

While crime rates have certainly gone up across Colorado, data from Hancock's own Department of Public Safety does not back his claim that the use of PR bonds in Denver has contributed to an increase in criminal activity.

For those in pre-trial supervision after Victims Rights Act arrests, for more severe crimes like assault and menacing, the percentage who were arrested again was 4.1 percent in 2018 and 4.1 percent again in 2021.

During those same years, people released on PR bonds were actually less likely to be arrested for a new Victims Rights Act crime than those released on monetary bonds.

"There is strong evidence that the pre-trial population’s behavior has not changed even as crime rates have, so there’s no reason to correlate them. If you believe that the pre-trial population was driving a crime increase, you would expect that there would be a change in their behavior," says Rebecca Wallace, senior policy counsel at the Colorado Freedom Fund, which has advocated for bail reform.

The data regarding pre-trial supervision was shared at a May 25 Denver City Council Safety, Housing, Education and Homelessness committee meeting.

"This conversation around a PR bond or a money bond being a driver to crime doesn’t make sense, and it’s not supported by the data," said Greg Mauro, director of the Denver Division of Community Corrections. "That’s a bond type. Both have failure and both will get out. What we’re trying to do is make it a more equitable system by not allowing individuals with financial means to get out and those who do not to stay in." 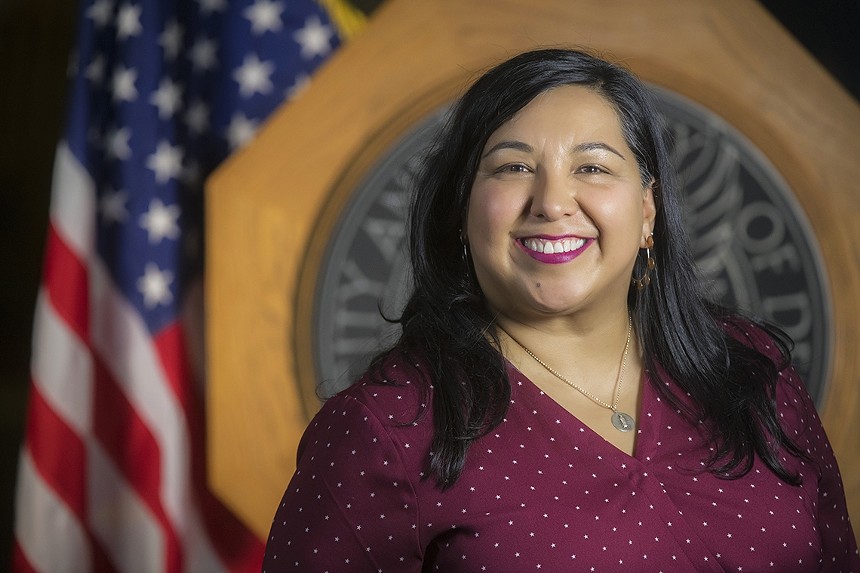 "This is illuminating information, because I think there’s this sentiment out in the public that if you’re out on bond and if you’re out on a PR bond, that you’re more likely to commit another crime, which your data is not proving," Councilwoman Amanda Sandoval said.

Hancock and Denver Police Chief Paul Pazen, who's echoed the mayor's comments, are not alone in pointing a finger at "bond reform." George Brauchler, a Republican radio talk-show host who previously served as district attorney for the 18th Judicial District, has also suggested that bond reform is to blame for Colorado's increasing crime rate. Brauchler co-authored a crime study with former Denver district attorney Mitch Morrissey, a Democrat, for the Common Sense Institute, a right-leaning Colorado think tank.

"It is simply undeniable that the legislature over the last decade or so has made it easier to decrease penalties for criminal conduct," Brauchler previously told Westword, noting that PR bonds and an uptick in crime "seems to be happening at the same time."

"My reflection is there is nothing new here and that Pazen and Hancock have been looking for a bogeyman, and without any data to support it have been calling it 'pretrial reform,'" Wallace says. "It distracts us from finding the real problem and the real solutions."

Hancock's office did not respond to a request for comment.

"One of the clearest takeaways from Greg’s presentation was that we cannot blame our crime wave on low-income people," says Denver City Councilwoman Jamie Torres, who calls the data a "direct contradiction" to what Hancock and Pazen have been saying.

"I don’t think it does us any service to put all our attention on something that is clearly not the cause of crime," she concludes.
KEEP WESTWORD FREE... Since we started Westword, it has been defined as the free, independent voice of Denver, and we'd like to keep it that way. With local media under siege, it's more important than ever for us to rally support behind funding our local journalism. You can help by participating in our "I Support" program, allowing us to keep offering readers access to our incisive coverage of local news, food and culture with no paywalls.
Make a one-time donation today for as little as $1.