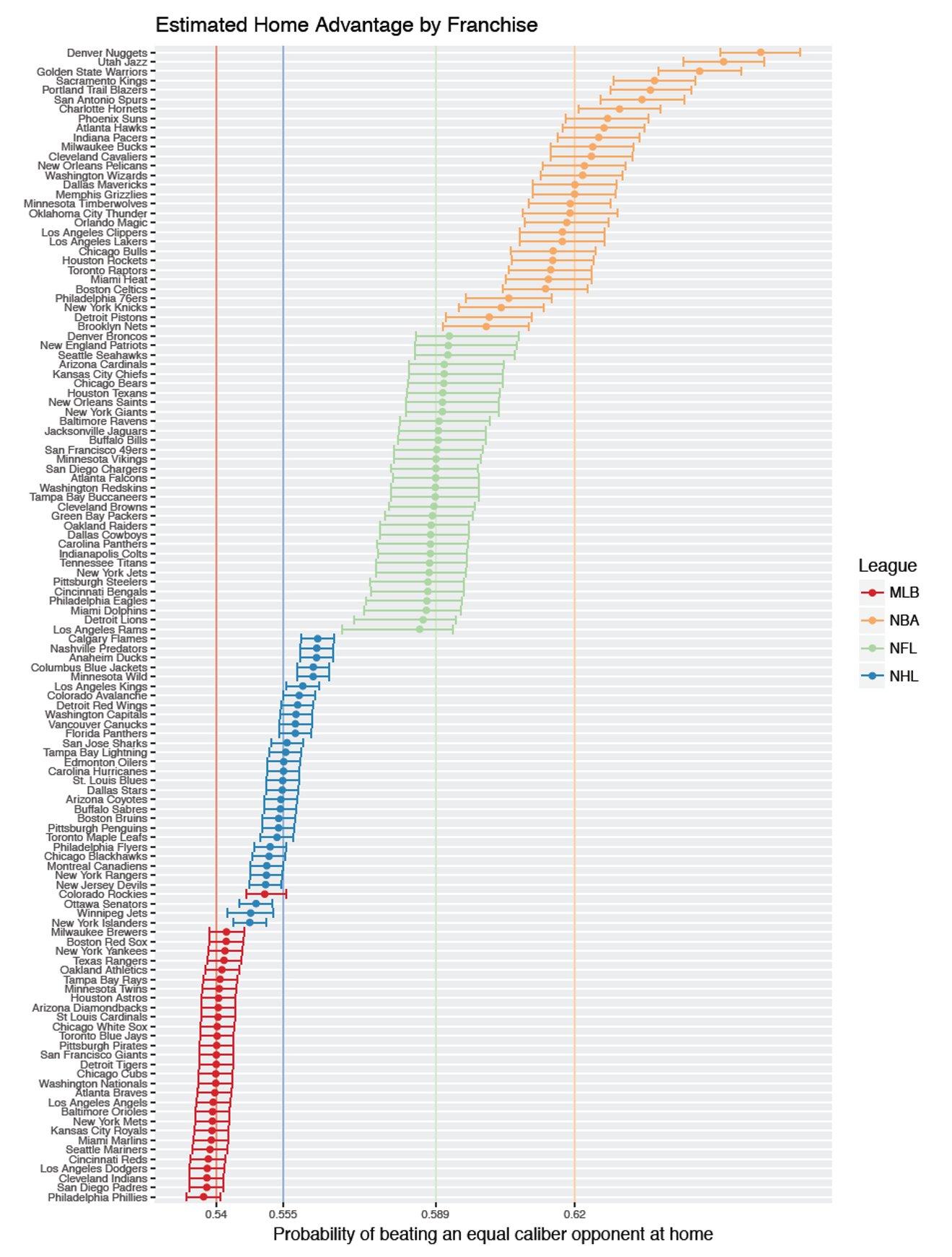 On Sunday, September 9, the Broncos beat the Seahawks in Denver, further improving their decades-long home-field dominance, and the Rockies have eight more wins at Coors Field than losses this season.

Those stats are no coincidence. Denver sports teams have the best home-field advantage of any major-league teams in the U.S., according to a study set to be published in the Annals of Applied Statistics Journal. The Nuggets, Broncos and Rockies all sat at the top of their leagues for home-field advantage, and the Avalanche came in seventh in the National Hockey League.

By using betting lines, which translate easily from league to league, rather than wins and losses or point differentials, study authors and statisticians Michael Lopez, Gregory Matthews and Benjamin Baumer were able to compare home-field advantage across the four major leagues. 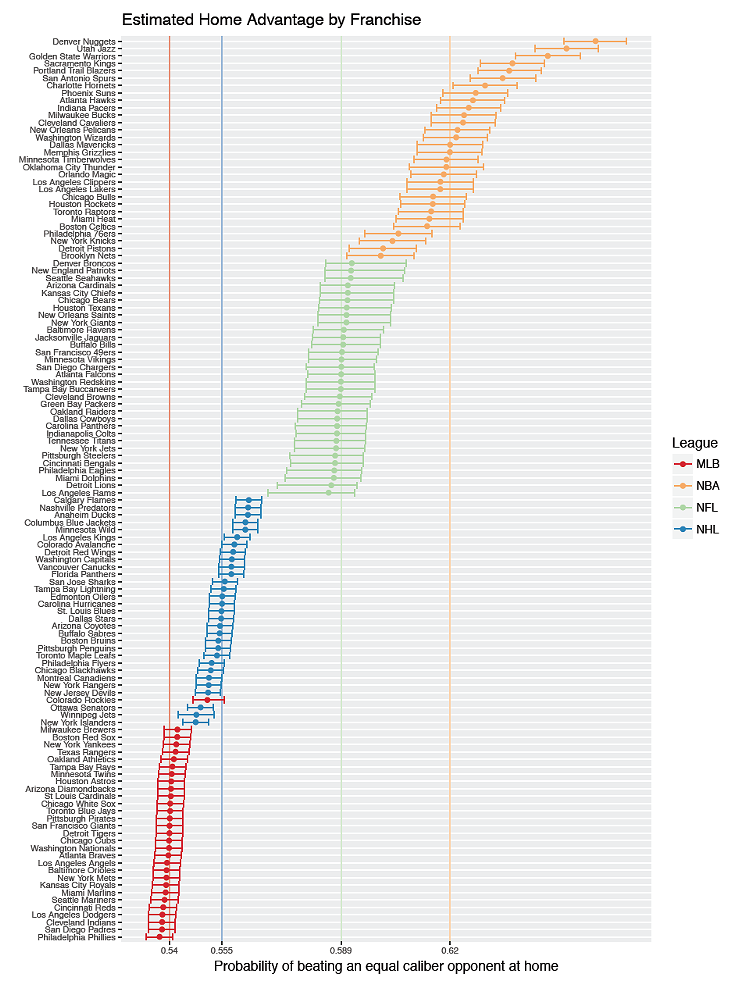 Denver dominates home-field advantage across the four major North American sports leagues.
Courtesy of the study's authors
“We speculate that this consistent advantage across sports is related to the home team’s acclimation to the city’s notably high altitude,” they write. Indeed, former Nuggets player Chris "Birdman" Andersen once had this to say about playing in Denver: "It was like two midgets pulling on my lungs and they wouldn't let go." The Utah Jazz, another team playing in high altitude, came in at second.

But even home-field advantage in these leagues won’t guarantee a team making the playoffs year in and year out. For the NBA, the win difference between the Nuggets and the team with the worst home-field advantage, the Brooklyn Nets, is only two games, according to Baumer, a professor at Smith College in Massachusetts.

In the NHL and MLB, home-field advantage plays a less important role. The authors note that a win-loss record is not necessarily the best indicator of how good a team actually is, given that one team in these leagues might play many games against tough divisional opponents, while another team might win the same amount of games after having played a season in a weak division. The American League East is a prime example. The Blue Jays have to play multiple-game series against the Red Sox and the Yankees, two of the best teams in baseball.

Perhaps most striking in the study is that all of the baseball teams except for one don't have a major home-field advantage. That one team? The Colorado Rockies.

"I think there could be something to the construction of the team. If you’re building a team in Colorado, there’s gonna be a lot more home runs, so you're probably going to get pitchers who are ground-ball pitchers rather than fly-ball pitchers," says Gregory Matthews, a professor at Loyola University Chicago.
KEEP WESTWORD FREE... Since we started Westword, it has been defined as the free, independent voice of Denver, and we'd like to keep it that way. With local media under siege, it's more important than ever for us to rally support behind funding our local journalism. You can help by participating in our "I Support" program, allowing us to keep offering readers access to our incisive coverage of local news, food and culture with no paywalls.
Make a one-time donation today for as little as $1.