DIA on Labor Day Weekend: Odds Your Flight Will Be Delayed or Canceled 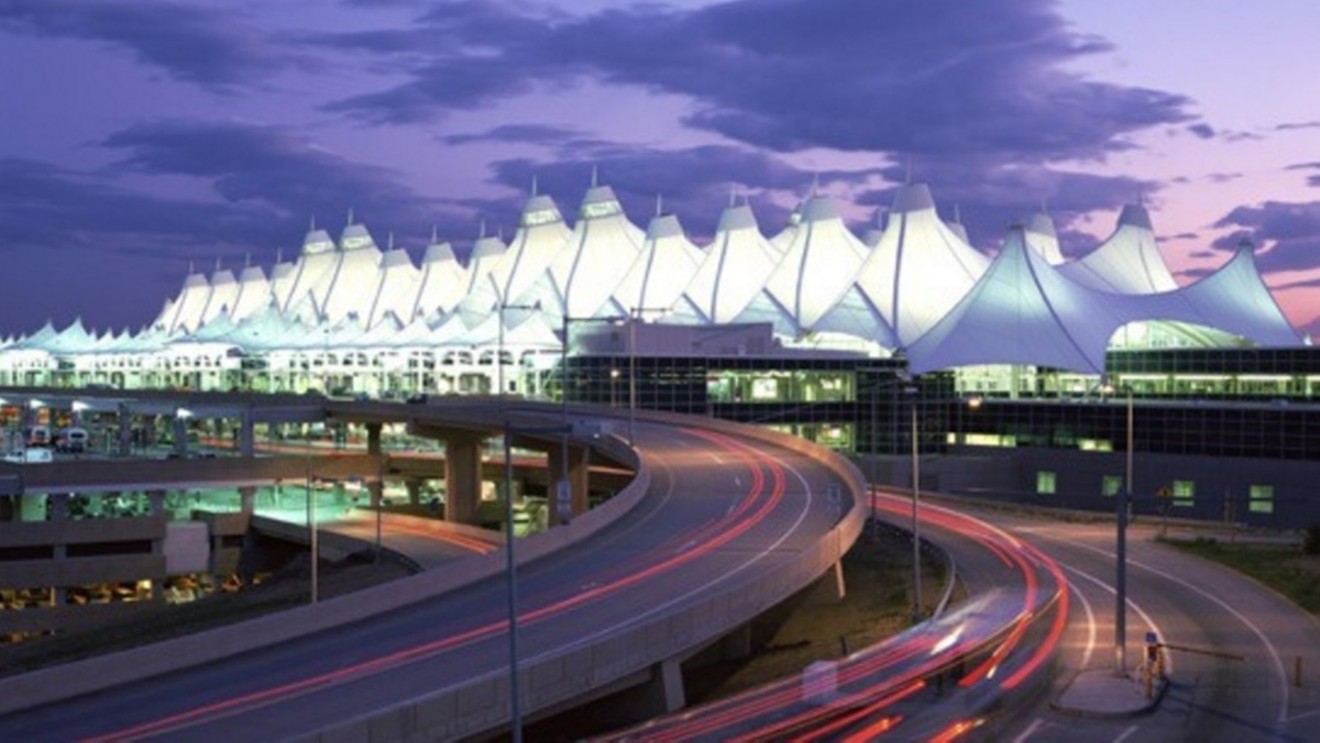 How likely are those people to have their flights delayed or canceled? With the exception of 2020, when American airports were shaken to their foundations during the early months of the COVID-19 pandemic, the chances of such snafus are greater than at any point over the past decade, according to the Bureau of Transportation Statistics, a U.S. Department of Transportation agency.

On its TranStats web page, the bureau provides data on airports nationwide, with the numbers grouped by arrivals and departures. For DIA, the number of flight operations in both categories is the highest since at least 2013: 129,211 arrivals and 129,215 departures. But just 76.48 percent of arriving flights are classified as having been on time, and the 3.05 percent of flights canceled so far this year — 3,947 that never arrived — is higher than any year in the last ten, other than 2020. 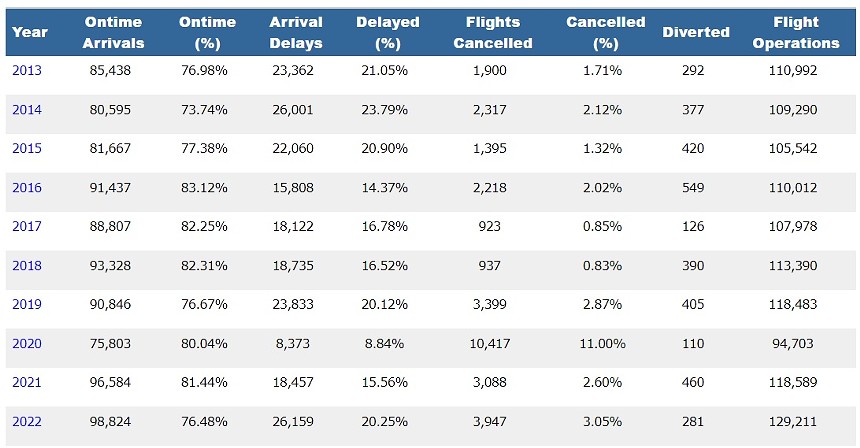 Bureau of Transportation
Meanwhile, on-time departures for 2022 landed at 67.89 percent, easily the worst performance since 2013, and departure delays hit 37,708, far outdistancing the 26,159 arriving flights that were late. Departing-flight cancellations reached 2.92 percent, the poorest mark in a decade for any year other than 2020; so far in 2022, 3,778 flights that were supposed to leave Denver's airport didn't.

Here are the departure comparisons for DIA:

Nonetheless, travelers preparing to jet off from Denver International Airport to somewhere special for Labor Day weekend should be prepared for something to go wrong — because it certainly could.
KEEP WESTWORD FREE... Since we started Westword, it has been defined as the free, independent voice of Denver, and we'd like to keep it that way. With local media under siege, it's more important than ever for us to rally support behind funding our local journalism. You can help by participating in our "I Support" program, allowing us to keep offering readers access to our incisive coverage of local news, food and culture with no paywalls.
Make a one-time donation today for as little as $1.