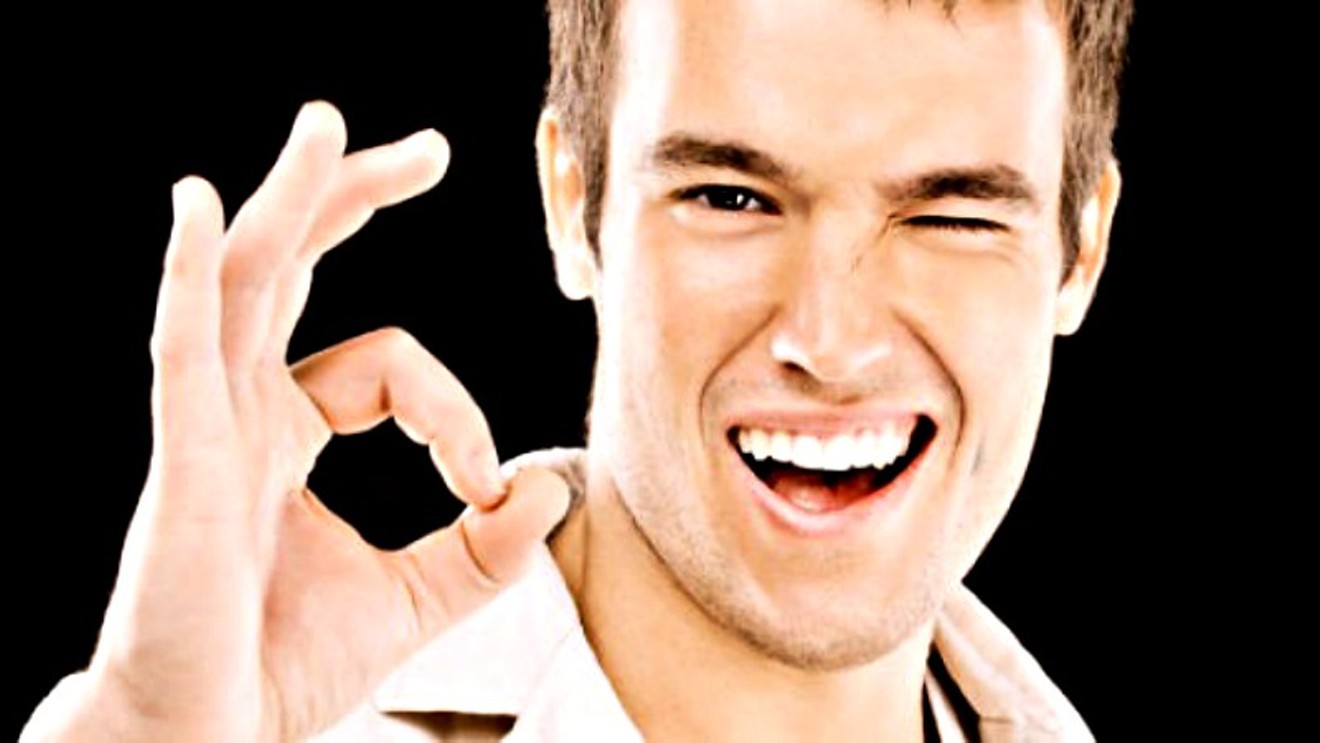 Thinkstock file photo
Last month, The Great Love Debate, which describes itself as "a nationally touring series of live Town Hall-style forums on love, dating and relationships," declared Denver to be the worst city in America for dating. On December 13, the Debate returned to Denver for the first time since the news broke, and host Brian Howie says most bros at the sold-out Denver Improv show didn't seem ashamed of this dubious achievement. According to him, their typical reaction was "Yeah, so?"

As we wrote in a November post that promptly went viral, Howie and crew ranked Denver at the bottom of the roster of U.S. dating cities because "too many Mile High City men make little or no effort when it comes to what they're doing, where they're going or how they dress, speak or act during such outings. In general, these lazy slackers would just as soon hang out with their bros than treat a date like she's special. And while this behavior exasperates plenty of women, most of these potential partners let them get away with it."

This last assertion drew criticism aplenty, with Katie B., a blogger at whyweswipeleft.com penning a piece on the subject headlined "Women Don't Need to Train Men!" But in an email interview conducted as he was boarding a plane the morning after the latest Denver gig, which featured guest stars such as Emily McKenzie from Mix 100, Howie didn't back away from this assertion. Instead, he doubled down. But he also sees hope for Denver dating improvement in 2018 — though not because the scales finally fell from lazy Denver dudes' eyes.

Get the details in our Q&A with Howie, on view below.

Westword: Had most of the crowd heard that you'd ranked Denver as the worst city for dating?

Brian Howie: Absolutely. It was one of the first things I asked. They almost all had heard about it and had read the story.

How did they react?

Surprisingly, they loved it — because it "let them off the hook" as the reason for their dating frustration. It meant it was the city, not them. I assured them that it was, in fact, still them.

Did men and women react differently to your reasons for the ranking?

Men were, not surprisingly, very passive about it: "Yeah, so?" Women were reluctant to admit their role in all of it, but that slowly changed by the end of the show.

The crowd at the Denver Improv for the Great Love Debate on December 13.
Facebook
Did a lot of the men acknowledge that your observations were on point — and did they seem more embarrassed by them than they've been in the past?

If they were the kinds of guys who would be embarrassed, it wouldn't be a problem! A few older men, 55-plus, were annoyed at the way things have become with the younger guys and felt it hurt their own efforts.

Were the women in the audience more willing to call men on their shit, instead of accepting their behavior under the theory that there was nothing they could do to change it?

I think so. The post-show party was filled with men and women talking like they hadn't in years.

Was there any pushback to your idea that women in Denver are partly to blame for the way men here act in dating scenarios because they haven't forced them to change their ways?

I'm too skilled at these shows not to be able to quash any pushback in about thirty seconds. I laid the whole case out like a prosecutor, both sides pleaded guilty, then focused on fixing things in 2018.

Did you see any improvement in some of the responses you got this time around from either men or women compared to previous visits over the past year or so?

Best Denver show ever. The story made them think. So they came in wanting to talk about the issues, not hide from them.

Is there any hope for Denver's dating future — or is it likely that the current situation will stick around for a while longer?

Absolutely. We will be back February 22 and will hope to see results, at least from the 300 or so that were there, and hopefully the message they spread to others.

If you had one piece of advice for the men and women of Denver to improve the dating situation here, what would it be?

Come to the Great Love Debate. All the answer are there, honestly.

Anything I may have neglected to ask about that you'd like to add?

I made everybody agree that no more dates in Denver take place outdoors until they are in a relationship with that person. That will solve a huge part of the problem.