A ton of people will run for Denver mayor in 2023. Brandon Marshall
The countdown has begun. In less than a year, Michael Hancock, who's served as Denver mayor since 2011, will be out after three terms, and a new mayor will be in office.

The race to replace Hancock as the Mile High City's chief executive has already attracted eight official candidates. And while a couple of big names that were bandied about earlier this year have now taken themselves out of the running, many more look poised to jump into what will be a heavily contested race.

The eight candidates who have already registered their campaigns with the city for the 2023 mayoral race include some familiar faces, including environmental and social justice advocate Ean Tafoya and civil rights activist Terrance Roberts, who was the subject of the book The Holly.

Frequent Denver City Council public commenter Jesse Parris, who ran for an at-large council position in 2019, has also thrown his hat into the ring, as has perennial political candidate Marcus Giavanni. And Ken Simpson, who ran for Denver mayor in 2011, is running again.

Also in the race is Andy Rougeot, a registered Republican — a rarity among Denver candidates, though the municipal contests are technically non-partisan. Rounding out the eight are Anna Burrell, a sustainability consultant, and Alex Cowans, the most recent candidate to sign up.

Who's Considering Getting In Representative Leslie Herod may run for mayor.
Erin McCarley
Leslie Herod
Leslie Herod, a Denver Democrat, has been an influential member of the Colorado House of Representatives in recent years, spearheading the passage of a landmark law enforcement accountability bill in the wake of the 2020 George Floyd protests. She has been considering a run for a while. Is she still thinking about it? "Yes," Herod says.

Kelly Brough
Like Herod, Kelly Brough is widely viewed as a possible frontrunner. Brough, who is currently a chief strategy officer at Metropolitan State University of Denver, served for twelve years as president and CEO of the Denver Metro Chamber of Commerce. Before that, Brough worked in the mayoral administration of John Hickenlooper, including a stint as his chief of staff. Brough says that she's still considering a run, but judging from a recent spate of publicity, her considerations are becoming concrete.

Debbie Ortega
Few can boast longer tenures working for the City of Denver than Debbie Ortega. She served as a District 9 councilmember from 1987 to 2003, worked on homelessness for the Hickenlooper administration after that, and then returned as an at-large councilmember in 2011. She's been in that role ever since, but is now term-limited from her council seat — but not city service. "I’m exploring it very seriously," Ortega says of a mayoral run. "We’re at a crossroads in our city." Denver Auditor Timothy O'Brien is deciding between running for mayor and running for re-election as auditor.
Courtesy of the Denver Auditor's Office
Tim O'Brien
The Denver auditor since 2015, Tim O'Brien has shown that he's willing to challenge the status quo, and many of his team's audits have been critical of the Hancock administration. A pending audit of the City of Denver's homeless sweeps may offer key insights into how a Mayor O'Brien would handle the issue of encampments. A spokesperson for O'Brien's office confirms that the auditor is considering a mayoral run.

Alex Valdez
A solar industry entrepreneur before being elected to the Colorado House in 2018, Alex Valdez says that Denver needs "strong leadership and a new vision in its next mayor," and is excited at the prospect of becoming the city's first Latino mayor since Federico Peña.

Chris Hansen
Elected to the Colorado House in 2016 representing Denver, Chris Hansen switched to the Colorado Senate in 2020. This past legislative session, he served in powerful roles as chair of the Senate Appropriations Committee and vice-chair of the Joint Budget Committee. Hansen, who is MIT- and Oxford-educated, has been considering a Denver mayoral run for months. "We need a Denver that works. I want to ensure a great city for my boys, and with difficult challenges from the high cost of living, a challenged downtown, the lack of housing and the need to improve our air quality, we can do better," Hansen says.

Lisa Calderón
A major critic of Hancock who placed third in the 2019 mayoral race behind Hancock and Jamie Giellis, Lisa Calderón is once again considering a run. She worked as chief of staff for Councilmember Candi CdeBaca, another main foe of the current mayoral administration, then moved on to a job as executive director of Emerge Colorado, which helps Democratic women run for office. "Quite simply, the men in power haven't gotten the job done. It's time for a woman mayor to lead and center the communities' needs above their own political ambition," Calderón says. 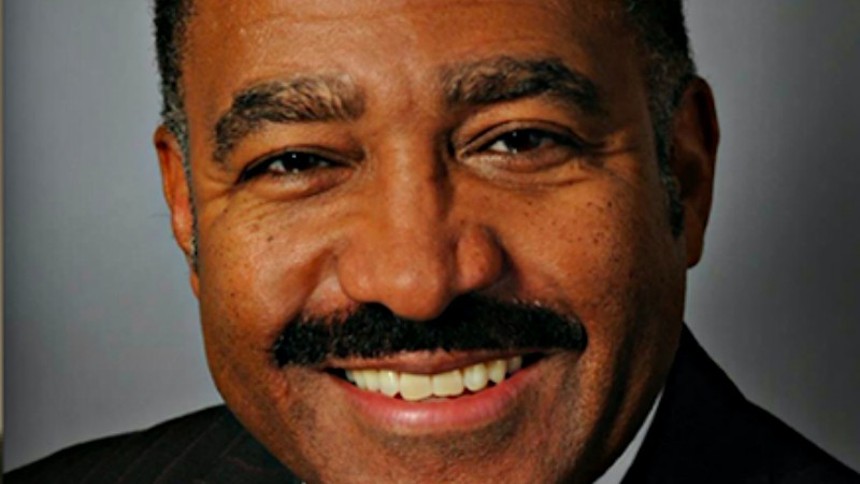 Alec Garnett
After serving as Majority Leader, then Speaker of the Colorado House, Alec Garnett says that he's thinking about getting out of politics for the time being so that he can focus more on his family. The final legislative session was wearing on him, especially the heated debate over a fentanyl bill. But Garnett says that the window for a mayoral run remains "slightly ajar."

Robin Kniech
After serving three terms as an at-large member of Denver City Council, Robin Kniech is moving away from politics for now, saying that she's content with her political accomplishments, especially on homelessness, affordable housing and minimum wage.

Stacie Gilmore
Councilwoman Stacie Gilmore, who served as Denver City Council president from mid-2020 until earlier this month, thought about running for mayor but says she decided against it. Instead, Gilmore is running for re-election as the council representative for District 11.

Denver's next municipal election is April 4 — which leaves plenty of time for other candidates to emerge.
KEEP WESTWORD FREE... Since we started Westword, it has been defined as the free, independent voice of Denver, and we'd like to keep it that way. With local media under siege, it's more important than ever for us to rally support behind funding our local journalism. You can help by participating in our "I Support" program, allowing us to keep offering readers access to our incisive coverage of local news, food and culture with no paywalls.
Make a one-time donation today for as little as $1.