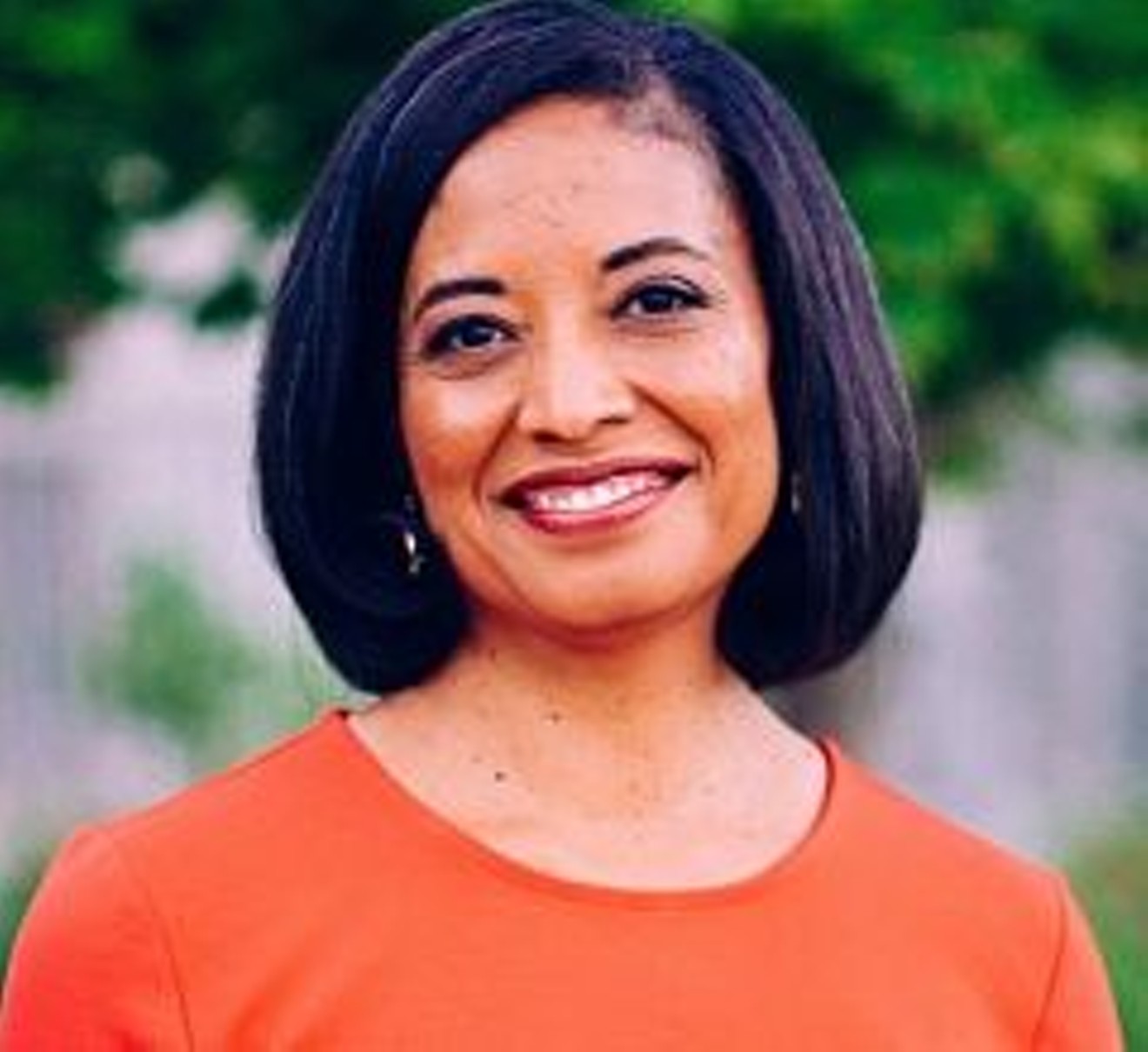 Lisa Calderón is running again for Denver mayor. Lisa Calderón
Lisa Calderón, a longtime community advocate, is making another run for mayor. Her campaign slogan: "It's time to reimagine Denver."

“When we reimagine Denver, we can transform how city government operates and is viewed by the public," Calderón says. "We don’t have to choose between affordable housing and open space, but instead, invest in both. We can be a model city where small businesses thrive, and workers are paid equitably. Where all neighborhoods are walkable and rollable, and climate change is met with urgent solutions. Where mental-health services are available on-demand like other forms of emergency assistance. Where community safety and police reform coexist. Where abortion access is protected and expanded. Where young people can dream about their futures again, and elders feel safe in their homes.”

Calderón ran for Denver mayor in 2019, placing third behind Jamie Giellis and Michael Hancock, who won reelection in a runoff with Giellis. Hancock is finishing his third term, and is term-limited.

After that election, Calderón, an outspoken critic of Hancock, went on to serve as chief of staff for new Denver City Councilmember Candi CdeBaca. She left that position to become the executive director of Emerge Colorado, which trains Democratic women to run for office.

In late September, Emerge Colorado and Colorado Working Families released a poll they'd commissioned by Lake Research Partners that determined that Denver voters want to see a woman mayor, and that they trust women candidates more than men candidates to resolve the issue of housing.

Sarah Lake, who led the successful No on the Arena Bond initiative to block the use of bond dollars to build a new arena at the National Western Center, is serving as Calderón's campaign manager.

"I am not a term-limited career politician or part of Denver’s political machine. I have been fighting for working families, affordable housing, safer communities, civil rights and reproductive freedom long before the pandemic or current threats to our democracy," Calderón says.

By mentioning a "term-limited career politician" and someone who is "part of Denver's political machine," Calderón is taking aim at already declared mayoral candidates Debbie Ortega, an at-large Denver City Council member who is term-limited, and Kelly Brough, the former president and CEO of the Denver Metro Chamber of Commerce who served as chief of staff for John Hickenlooper when he was Denver mayor.

There are eleven other registered candidates in the mayor's race, including state representative Leslie Herod, who is also running in her house district race in November; climate advocate Ean Tafoya; investment banker Thomas Wolf; and former gang member Terrance Roberts. While nightclub maven Valentes Corleons, whose legal name is Hussam Kayali, had said that he's running for mayor, he has not yet filed official paperwork.

The Denver municipal election is April 4; if no mayoral candidate gets more than 50 percent of the vote, the top two vote-getters move into a June runoff.
KEEP WESTWORD FREE... Since we started Westword, it has been defined as the free, independent voice of Denver, and we'd like to keep it that way. With local media under siege, it's more important than ever for us to rally support behind funding our local journalism. You can help by participating in our "I Support" program, allowing us to keep offering readers access to our incisive coverage of local news, food and culture with no paywalls.
Make a one-time donation today for as little as $1.