The One Metro-Denver Place Where Rent Is Actually Going Down 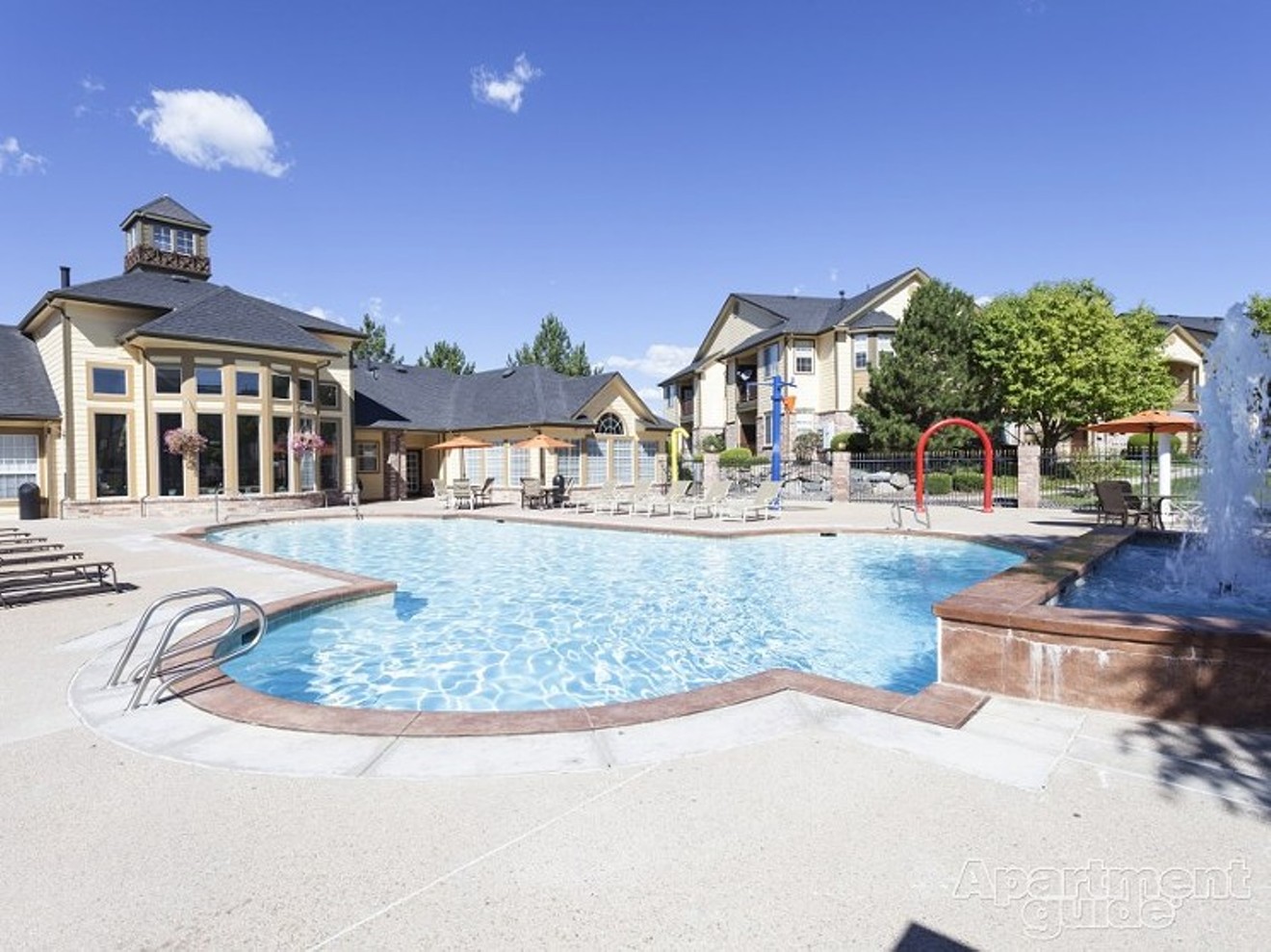 File photo
As we've reported, rent prices in metro Denver are finally starting to moderate, but they're still up by a considerable amount over this time last year. The trend continues in the latest Denver rent report for September, which shows that prices are higher than they were twelve months earlier in all nine area communities analyzed. But the numbers are leveling off on a month-to-month basis, where only one of the nine experienced a rent increase of more than 1 percent since August, and costs actually fell in another metro town.

The results come from ApartmentList.com, which has tweaked its methodology in ways that may have impacted the latest data set. The site acknowledges that its previous approach tended to skew toward luxury apartments, and as a result, some digits may have been inflated to some degree. The new process employed for September is thought to be more accurate.

The numbers certainly offer their share of surprises. Note, for instance, that Denver's rent increase since September 2016, estimated at 3 percent, is actually lower than the 3.8 percent registered by Colorado as a whole.

Here's a graphic showing the fluctuations over that span. 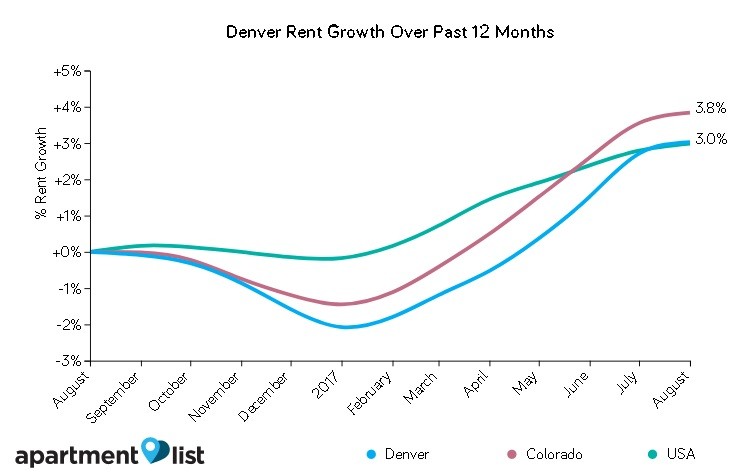 ApartmentList.com
Another graphic puts Denver rent costs for a two-bedroom apartment in perspective by comparing them to the prices for such a space in other major American cities.

As you can see, the median tag in Denver, while gulp-worthy in these parts, is actually lower than in plenty of other big communities — and it's less than half of what renters in San Francisco are currently paying. 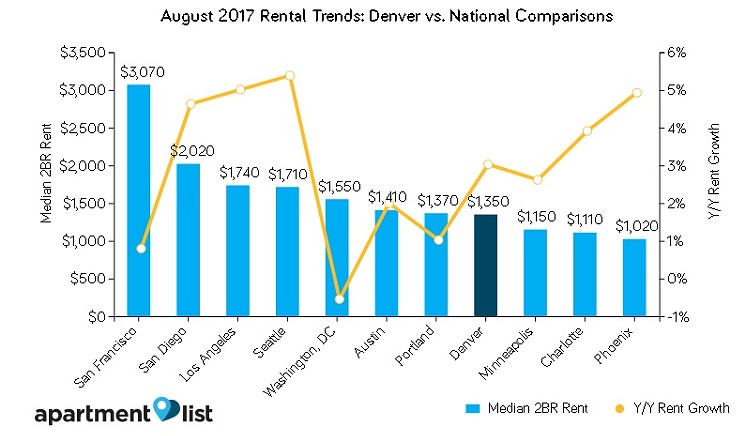 ApartmentList.com
In Denver proper, rent is up 0.3 percent over last month — and as pointed out above, rent costs are either rising or flat for all but one metro-area community.

Continue to see the latest facts and figures, ranked in descending order based on month-to-month rent changes.