Most Dangerous Neighborhoods to Drive in Denver 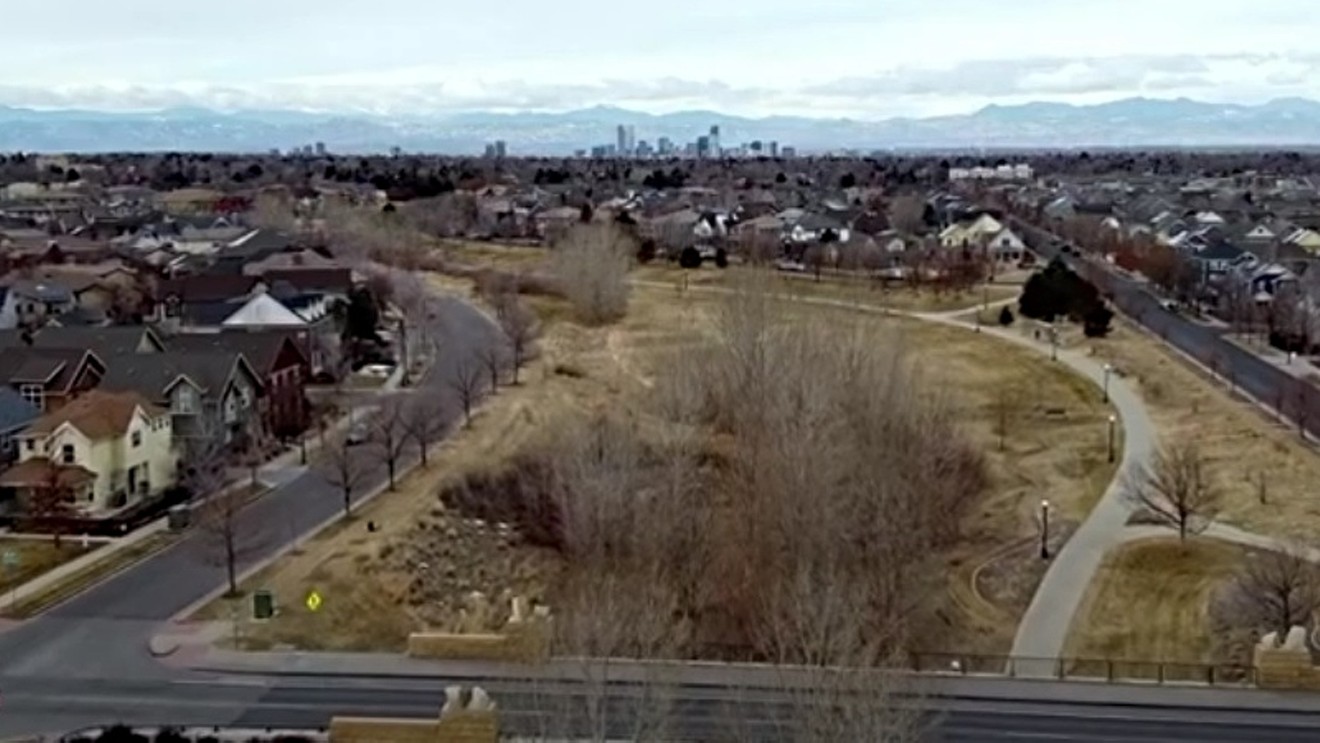 An aerial view of Denver's Central Park neighborhood. YouTube
The streets of Denver have been getting more dangerous for drivers. Last year, 84 people were killed in vehicular incidents within city limits — by far the most recorded by the Denver Police Department since the city launched Vision Zero, a five-year action plan with the mission of "eliminating traffic deaths and serious injuries by making our roadways safer for everyone" by 2030. And the latest Vision Zero stats show that eleven people have already been killed in Denver traffic accidents in 2022.

The risks differ widely from neighborhood to neighborhood within Denver, though. Some haven't experienced any traffic accidents this year, while such incidents have been regular occurrences in many others. That's especially true of one trendy Denver enclave, where multiple accidents have happened each week, on average, since the year began — and a high percentage of them have been hit-and-runs.

This last fact isn't all that unusual. In an unexpectedly large number of Denver neighborhoods, most or all of the accidents are classified as hit-and-runs.

The city's open data archive includes reports about traffic accidents from January 1 through March 11, the most recent date for which 2022 statistics are available. Over that span, 218 traffic accidents have been reported to the DPD, 94 of them hit-and-runs — a term used for incidents involving moving vehicles, as well as crashes into parked vehicles, in which the person who caused the damage leaves the scene.

The reports filed by officers include the neighborhood where the accident happened. Of Denver's 78 neighborhoods, thirteen (Chafee Park, Cole, Cory-Merrill, Fort Logan, Harvey Park, Indian Creek, Kennedy, Mar Lee, Platt Park, Skyland, South Park Hill, Wellshire and West Highland) didn't register a traffic accident from the start of 2022 through March 11. The rest had at least one, with twelve registering at least five accidents, and hit-and-runs in most of these locations were commonplace. Central Park, formerly Stapleton, registered by far the most accidents of any Denver neighborhood — fourteen, including five hit-and-runs.

Here are the 2022 accidents in Denver neighborhoods, ranked in ascending order:

Central Park (Formerly Stapleton) — 14 (5 hit-and-runs)
KEEP WESTWORD FREE... Since we started Westword, it has been defined as the free, independent voice of Denver, and we'd like to keep it that way. With local media under siege, it's more important than ever for us to rally support behind funding our local journalism. You can help by participating in our "I Support" program, allowing us to keep offering readers access to our incisive coverage of local news, food and culture with no paywalls.
Make a one-time donation today for as little as $1.