Denver Places With the Highest Concentration of Crime Right Now

Near the intersection of East 20th Avenue and North Clarkson Street in Five Points. Google Maps
According to Denver Police Department data, crime in the Mile High City as a whole is up during the first part of 2018 compared to the same period last year. But the problem is more acute in certain areas than others, as is demonstrated by the following list, which spotlights the specific areas with the most crime reports during the initial three weeks-plus of this month.

Our source is the indispensable Denver Crime Map, which allows users to find out about offenses on a neighborhood-by-neighborhood basis. We drilled down even further to look at the map points that registered the most crimes of all sorts. These areas are generally no more than a few blocks in size.

The following roster lists thirteen different places in Denver, representing the ten with the highest number of crimes from April 1-22. Most of the offenses are relatively minor — public disorder, drug and alcohol transgressions, theft from motor vehicles. However, aggravated assaults and robberies are also represented.

The total crimes in the areas range from nineteen to more than seventy over the 22 days represented, with five locations in Five Points among those scoring the worst.

For each spot, which are ranked in descending order, we've listed two sample addresses to better help you pinpoint them. We've also listed each crime committed during our period of inquiry by category. Get the details below.

Public Disorder: 16
Theft From Motor Vehicle: 2
All Other Crimes: 1 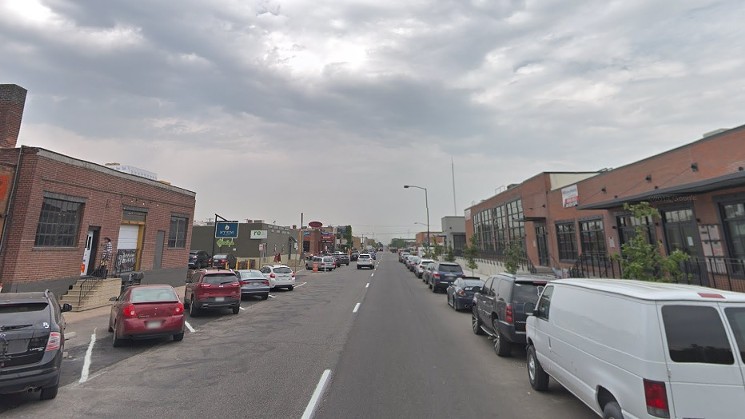 Larceny: 10
All Other Crimes: 3
Public Disorder: 3
Drugs & Alcohol: 2
Burglary: 1
Other Crimes Against Persons: 1

All Other Crimes: 10
Other Crimes Against Persons: 2
Public Disorder: 3
Larceny: 2
Theft From Motor Vehicle: 1
Burglary: 2