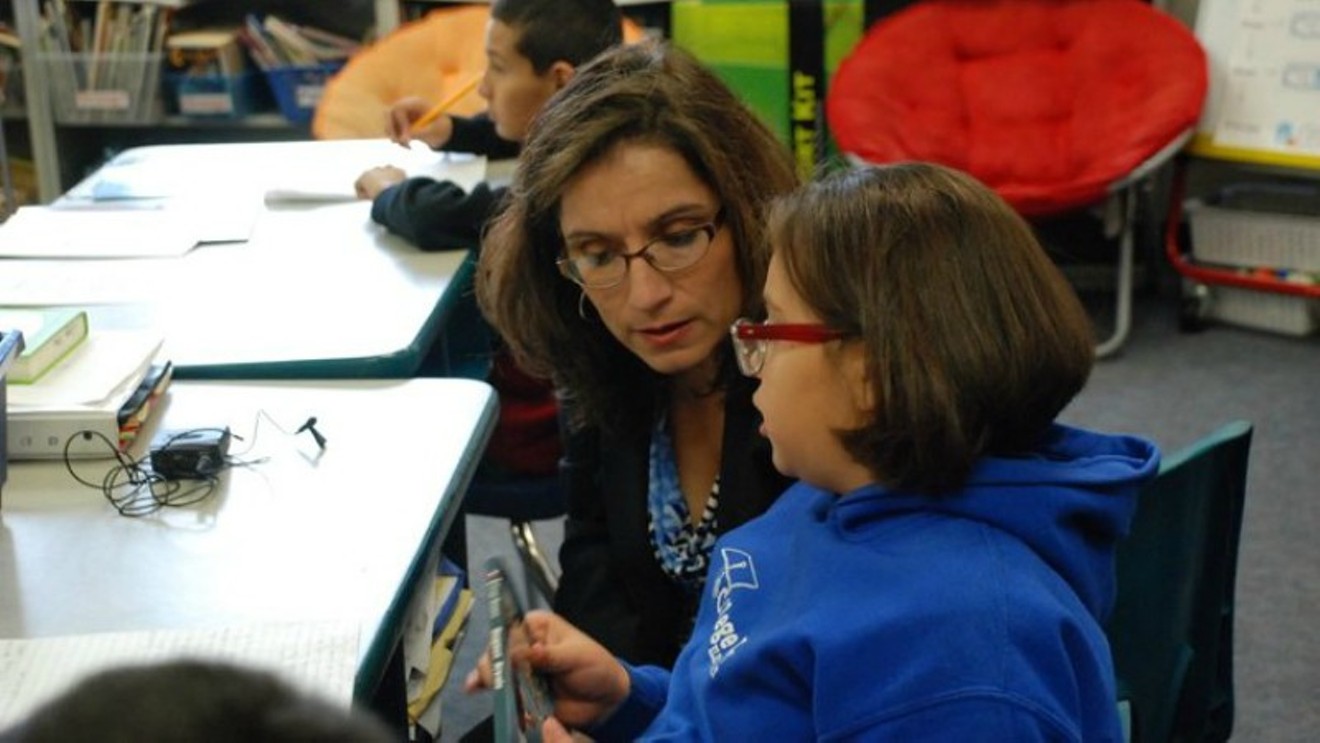 Today is the official start of Susana Cordova's gig as superintendent for Denver Public Schools. Melanie Asmar/Chalkbeat
At 10 a.m. today, past and present Denver leaders, including Mayor Michael Hancock, are scheduled to take part in an event at Barnum Elementary School marking the first day on the job of new Denver Public Schools superintendent Susana Cordova. But a number of Barnum students may not be present, thanks to a DPS robocall that incorrectly told some parents the wrong day for their kids to return to school.

The robocall, which went out yesterday, January 6, stated in part that classes would get under way on Tuesday, January 8, rather than today, January 7. However, that's not universally true, as one of my daughters, who teaches at a DPS charter school, told me after learning about the robocall yesterday evening from a colleague who'd received questions from multiple confused parents. While middle-school students at the charter aren't due back until Tuesday, elementary schoolers like those in my daughter's second-grade class are expected to be present this morning.

In an attempt to clean up this mess, DPS sent out the following tweet at 8:43 p.m. on January 6:


Families in DPS received messages today about the return of students from Winter Break. Tonight we sent a correction, noting that for the majority of DPS schools, return from Winter Break is MONDAY, Jan. 7. Consult your school’s calendar as to when students return to classes.

Problem is, following this advice can lead to even more frustration, as evidenced by our visit to the Barnum website a short time ago. The most recent post referenced on the home page is about the holiday music concert on December 20 — and if there's a reference to the 10 a.m. assembly, at which Cordova (who attended Barnum, which is located at 85 Hooker Street) is expected to be joined by Hancock, former Denver mayors Wellington Webb and Federico Peña, onetime DPS superintendent Evie Dennis and Barnum fifth grader Aaliyah Villarreal, we couldn't find it.

Things got worse when we went to the page for school hours, which included a dead DPS calendar link. And when we conducted a Google search for the Barnum calendar, the link that came up was blank.

Barnum Elementary School Facebook page
So yes, Barnum parents: Your children are expected back at their desks today.

In the meantime, the DPS tech crew is reportedly trying to figure out why the so many parents received the inaccurate robocall.

We imagine Cordova will be very interested in the answer.
KEEP WESTWORD FREE... Since we started Westword, it has been defined as the free, independent voice of Denver, and we'd like to keep it that way. With local media under siege, it's more important than ever for us to rally support behind funding our local journalism. You can help by participating in our "I Support" program, allowing us to keep offering readers access to our incisive coverage of local news, food and culture with no paywalls.
Make a one-time donation today for as little as $1.