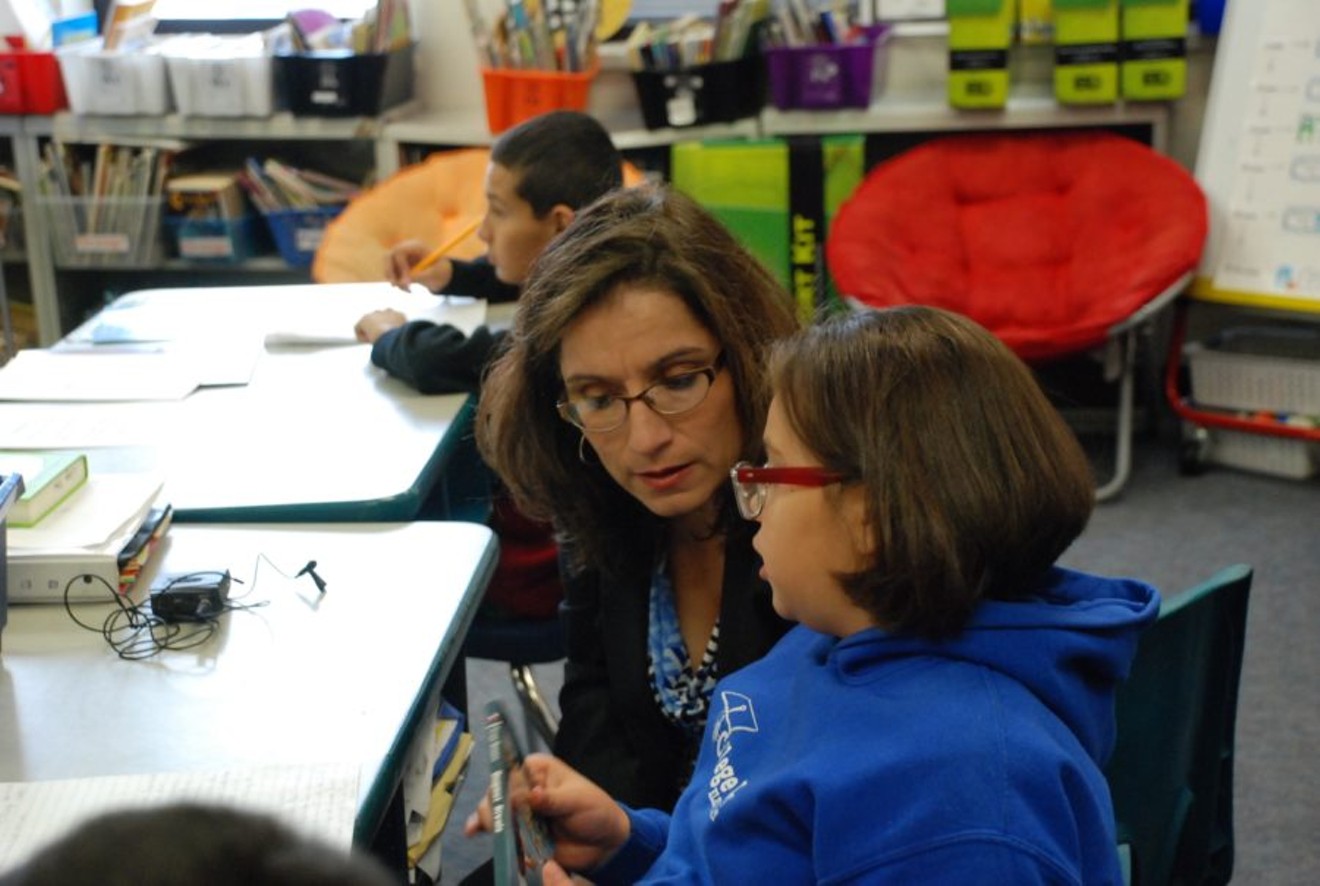 Critics say she’s partly to blame for the district’s shortcomings, especially the wide test score gaps between students of color and white students. Supporters say her deep knowledge of the district, which goes back to childhood, is precisely what will help her make meaningful changes.

Here are fifteen things to know about the new DPS superintendent:

1. She grew up in Denver during court-ordered busing, when the district was under a U.S. Supreme Court order to desegregate its schools. Cordova, who graduated from Abraham Lincoln High, said she benefited from attending integrated schools.

“It gave me access and opportunity to a world that didn’t exist in my neighborhood,” she said at a recent public forum. “My mother grew up in Denver and went to the Denver public schools, as well. She didn’t have access to the kinds of classes I had access to.

“It leveled the playing field for minority kids like me.”

After the court order ended in the 1990s, many schools became segregated again. Cordova said she believes strongly in integration and in alternatives to mandatory busing. She pointed to what the San Antonio school district is doing — using students’ family income and other factors to create schools that are “diverse by design” — as an intriguing example.

About three-quarters of the nearly 93,000 students who attend Denver Public Schools are students of color, and two-thirds come from low-income families. More than one-third are learning English as a second language; the most common first language is Spanish.

2. Cordova is bilingual but didn’t grow up speaking Spanish.

“I grew up at a point in time where I found it more difficult to embrace my Latino culture, academically,” Cordova told Chalkbeat in 2016. “There were, I would say, probably some negative messages around what it meant to be Latino.”

Instead, she said, the message she heard was to leave her culture behind if she wanted to be successful. She began reconnecting with her heritage when she attended the University of Denver, and ended up traveling to Mexico to study Spanish.

3. She was the first in her family to attend college. Cordova said she personally understands the test score gaps, often called achievement or opportunity gaps, because she is on one side of the gap and family members are on the other.

If appointed superintendent, Cordova said she’d take a different approach to closing such gaps — one that’s more in line with what the Milwaukee school district is doing.

“They’ve approached from a perspective of saying, ‘Our kids have excellence in them, and our job as a district is to bring that excellence out,’” she said at the forum. “That’s the reframing we really need to have.”

4. Cordova became a teacher in 1989 and has worked in Denver ever since. She taught bilingual language arts, drama and social studies to middle and high school students.

In her first job as a principal, in 1998, she led Denver’s Remington Elementary School, which she said was the lowest-performing elementary school in Colorado at the time. That school was eventually closed, though not while she was principal. Still, Cordova said she knows how devastating the closure of a school can be for students, parents and neighborhoods.

5. But she doesn’t believe closure should be completely off the table when schools are not improving despite extra money and help from the district. Closing a school, she said, “has to be one of the tools in our toolbox, but I would consider it the tool of last resort.”

6. Cordova has spent the majority of her career working in and supervising traditional district-run schools, not charter schools. She has been a teacher, principal, curriculum director, chief academic officer, chief schools officer, and now deputy superintendent. (For more on her duties in these roles, check out her résumé here.)

The only time Cordova oversaw charter schools was when she served as acting superintendent for seven months in 2016 when then-superintendent Tom Boasberg was on sabbatical.

7. She is not, however, anti-charter school. Charter schools are funded by public dollars but operated independently by nonprofit boards of directors. They are controversial because some people see them as siphoning students and money from district-run schools.