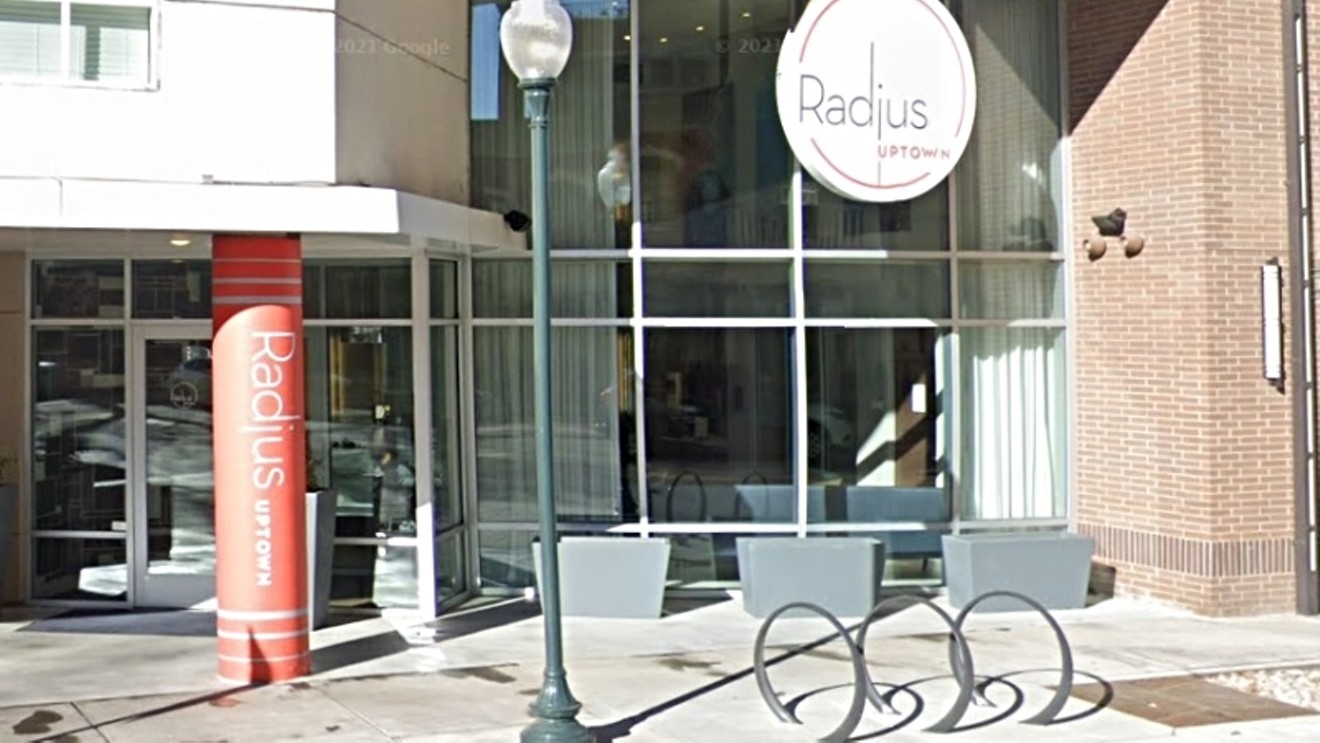 Radius Uptown Apartments, 1935 Logan Street, lists studios starting at $1,535, one bedrooms with a base price of $1,795 and two bedrooms for $2,855 and up. Google Maps
Renters hoping for relief from soaring prices across the metro area won't find any in the June 2022 Denver rent report from Apartment List, which documents substantial cost increases in the city proper and every nearby community and suburb it tracks, with one notable exception — and it's a surprising one.

The upward trend for rent in Denver has accelerated over recent months, following a period of modest declines. From last November to December, Mile High City rent dropped by 1.1 percent, more than double the 0.4 percent dip from October to November. But the pace slowed in January, when Denver's median rent went down by only 0.2 percent, and since then, there have been four consecutive increases: 0.3 percent in February, 0.6 percent in March, 1.0 percent in April and 1.2 percent in May.

Denver's rent hike of 13.0 percent since this time in 2021 is actually lower than the state average of 14.0 percent and the national average of 15.3 percent. Moreover, the pace of Denver's annual increase was surpassed by that of twelve other nearby communities, ranging from Broomfield (up 13.3 percent) to Englewood (a 17.6 percent leap). 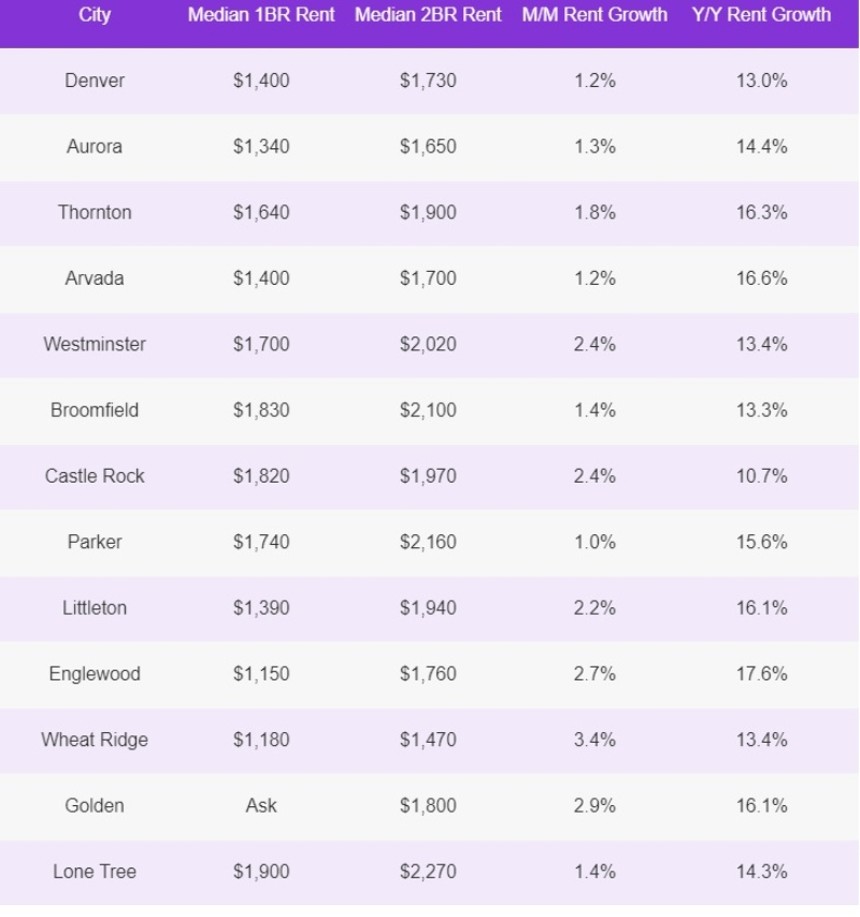 apartmentlist.com
Not on this roster is Boulder, the subject of its own Apartment List rent report. Median Boulder rent spiked 1.1 percent in April, the same increase as in March, but in May, it actually dipped by 0.3 percent.

Apartments in Boulder don't qualify as a bargain; the median for one-bedrooms is $1,537, while two-bedrooms stand at $1,960. But in the current market, this development still qualifies as good news.
KEEP WESTWORD FREE... Since we started Westword, it has been defined as the free, independent voice of Denver, and we'd like to keep it that way. With local media under siege, it's more important than ever for us to rally support behind funding our local journalism. You can help by participating in our "I Support" program, allowing us to keep offering readers access to our incisive coverage of local news, food and culture with no paywalls.
Make a one-time donation today for as little as $1.