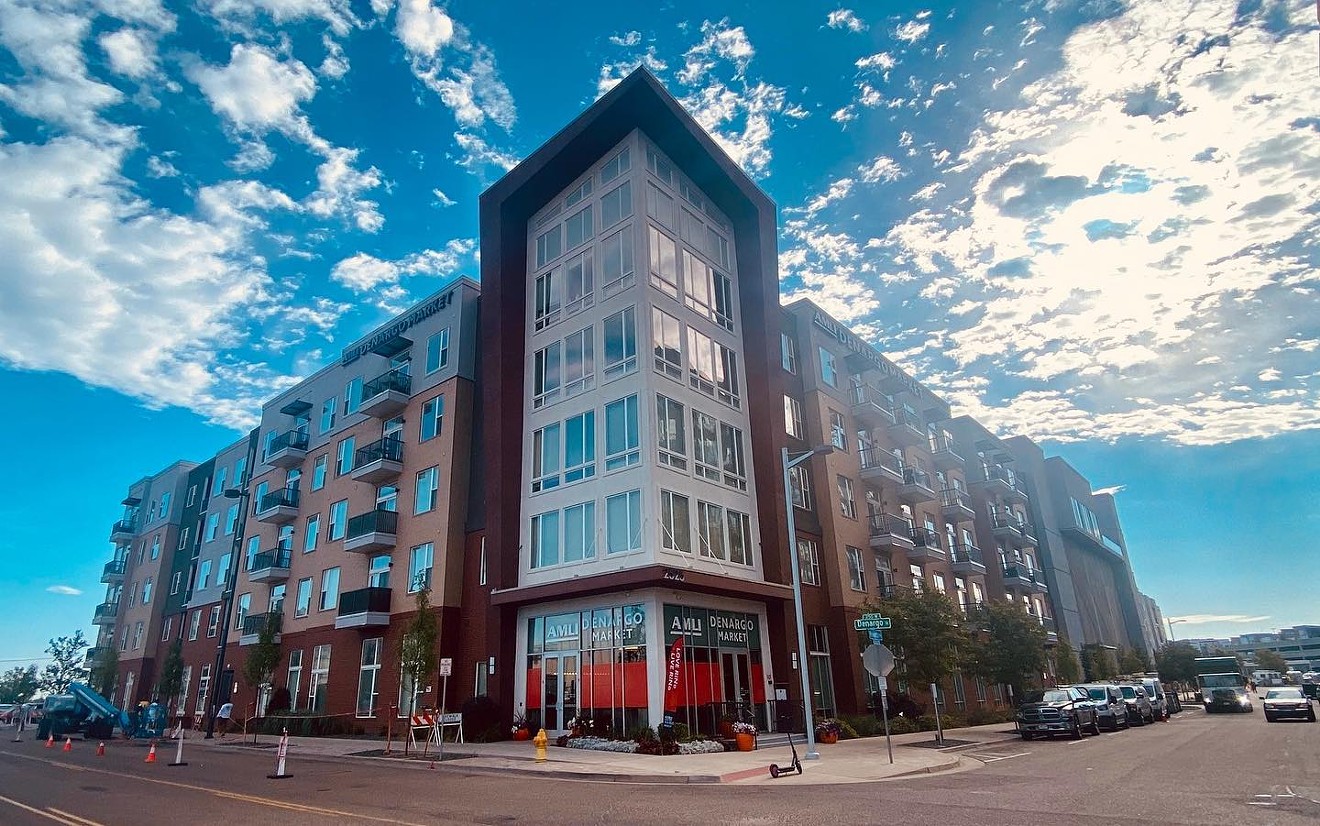 AMLI Denargo Market in RiNo was the first large-scale building to earn a residential rental license. AMLI Denargo Market
Two months before all multi-unit rental properties in the city are required to be licensed, the Denver Department of Excise and Licenses has announced simplifications to the new rental licensing program.

The license is a requirement of the Healthy Residential Rentals for All ordinance, passed by Denver City Council in May 2021 in an attempt to even the playing field between renters and landlords. The licenses are designed to ensure that units live up to the city’s minimum housing standards.

Denver has no solid count of the number of rentals in the city; it estimates that there are at least 25,000 multi-unit properties that will need to be licensed by January 2023. Since the city started taking applications earlier this year, it has issued 534 rental licenses; another 183 applications are under review. Of the licenses issued, 297 are for multi-unit properties. The rest are for single-unit rentals; approximately 25,000 of those must be licensed by January 2024.

To incentivize rental-property owners to apply now, the department is cutting the price of application fees in half, from $50 to $25, through the end of 2022. In addition to the application fee, licensing fees will run $50 for a single dwelling unit, $100 for two to ten units, $250 for eleven to fifty units, $350 for 51 to 250 units, and $500 for 251 or more units. There is a fee exception for affordable- or public-housing properties.

According to Excise and Licenses Executive Director Molly Duplechian, the department has been working with both external and internal stakeholders to improve the process, getting feedback from people who successfully applied and from licensing technicians on what would make the process simpler.

“We've gained a lot of efficiency in the months that we've been issuing these licenses,” she says. “We'll continue those open communications and relationships…to make sure that if there are more changes that we can make to make it more efficient, to make it faster and simpler, while not compromising any of the integrity of the program, then we'll continue to identify those changes.”

The changes thus far include allowing married couples to enter both individuals’ names, removing required documents for possession of property, and removing ID requirements for the on-site manager of rental properties.

Those fixes address confusion over listing the correct address, as many licensees have multiple valid addresses. They will also help clarify that licenses are issued to the person who owns the property, not those currently living there.

“We found that over 50 percent of our pending applications had some sort of issue with their location record,” notes Eric Escudero, director of communications for Excise and Licenses. “By removing the required documents, we have vastly simplified the process and will soon be automating the location approval, saving the city processing of thousands of location records.”

Complicating the issue is out-of-state ownership. Many Denver rental properties are owned by companies or people based outside of Colorado. One of the fixes will stop requiring out-of-state and large corporations from having to send a possession-of-property document out for signature. And fortunately, Duplechian notes, many of the rentals with out-of-state owners are likely to be single-family homes or single units that aren’t required to be licensed until 2024.

Duplechian is no stranger to implementing a new licensing program, having helped create the city’s regulation and licensing systems for legalized cannabis as part of the Office of Marijuana Policy, which became part of Excise and Licenses in 2016.

But the size of this program, the largest license expansion in Denver history, poses unique challenges. Prior to this, the city’s largest licensing program was for security guards, who account for around 8,000 licenses.

With the end of the year approaching, the city is anticipating a surge in applications as landlords realize that they will have to be licensed by January 1, 2023. Duplechian says that Excise and Licenses has seen a month-over-month increase in applications, and she expects that trend to continue. The office is adding extra staff to help.

“We're doing everything we can to make this process and application as simple as possible, for both the applicant and the city,” she adds.

The changes don’t just apply to the licensing portal: The department has made changes on the inspection end, too, clarifying the checklist and guidelines that inspectors use to certify that a unit meets city specifications before it is licensed. The number of certified inspectors has also grown, up to twenty from five in July.

Since the city doesn't have an exact accounting for the rental stock, it can't alert every stakeholder that will need a license by the deadline. As a result, for the first few months of the new year, the focus will remain on promoting awareness and facilitating applications before the department moves on to citations and fines.

In the meantime, Duplechian is eager to hear how the city can improve the program and process.

“We're open and willing to have those conversations and, in fact, find them extremely helpful,” she says. “So if anybody has questions, we'd love to hear from them.”
KEEP WESTWORD FREE... Since we started Westword, it has been defined as the free, independent voice of Denver, and we'd like to keep it that way. With local media under siege, it's more important than ever for us to rally support behind funding our local journalism. You can help by participating in our "I Support" program, allowing us to keep offering readers access to our incisive coverage of local news, food and culture with no paywalls.
Make a one-time donation today for as little as $1.