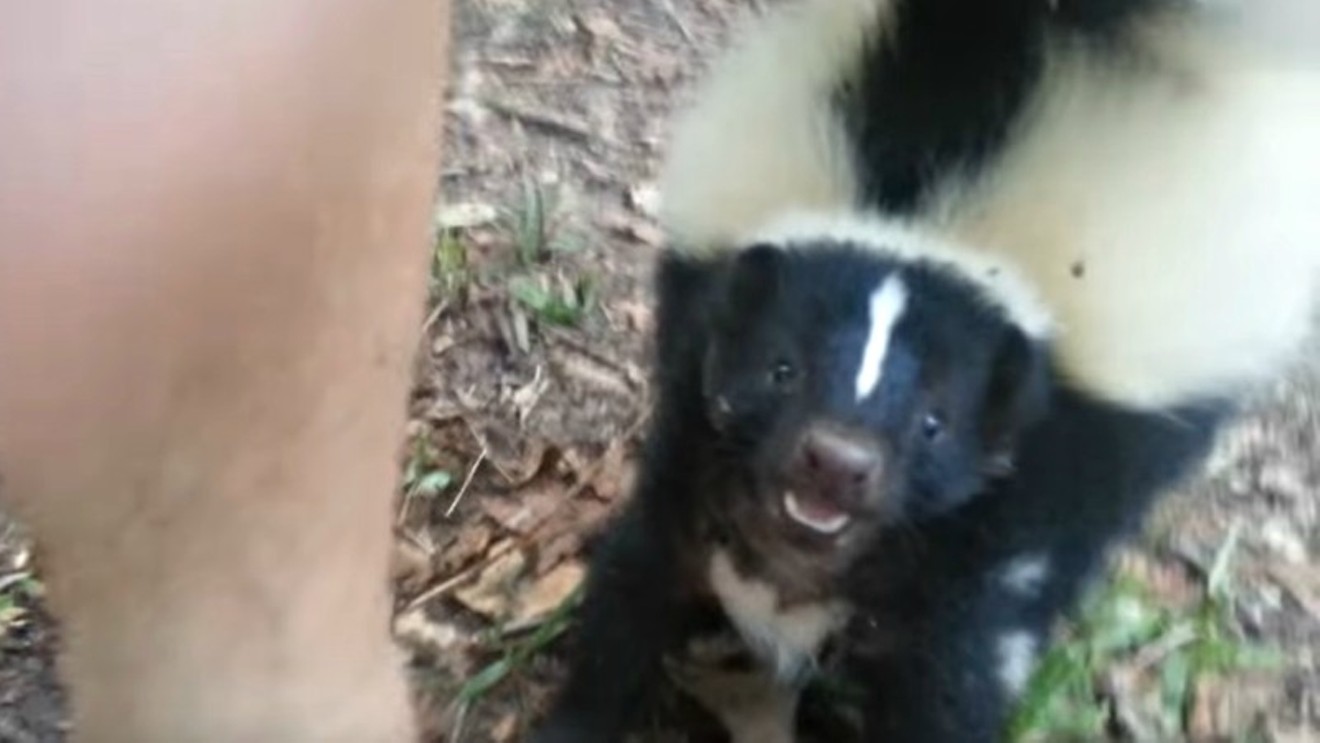 Skunks can be found all over Denver, and they can be aggressive. YouTube
Editor's note: Dr. Kevin Fitzgerald, a veterinarian at Alameda East Veterinary Hospital as well as a star of two past Animal Planet programs, Emergency Vets and E-Vet Interns, and a regular on the Denver standup comedy scene, recently told us about rattlesnake facts and myths. This is the first post in a new series about urban wildlife in Denver.

Animals are Dr. Kevin Fitzgerald's business, or at least his day job. And while he specializes in the care of domestic pets, he's equally fascinated by untamed critters of the sort that are increasingly showing up in urban areas like Denver.

Below, Fitzgerald talks about the most common urban wildlife seen in the Mile High City and why sightings have been increasing of late. And while he brings plenty of data to the table, his most important sources tend to be found at ground level.

"The animals are talking to us," he says. "The question is, are we listening? Because we can learn from them."

These Are the Wild Animals in Your Neighborhood

"The most common urban wildlife for Denver would be mice and rats, pigeons, raccoons and squirrels, coyotes, bats, skunks, foxes, rabbits, prairie dogs, rattlesnakes — and I include deer.

"People think these species are looking to exploit urban habitats. But are they? Or is it the city that's moving into their environment? That's what we see with prairie dogs and rattlesnakes. We ask, 'Where do these rattlesnakes come from?' Well, we're building houses where they live. So as Denver expands, we're seeing a variety of wildlife. But it isn't only happening here. It's happening all over the world." 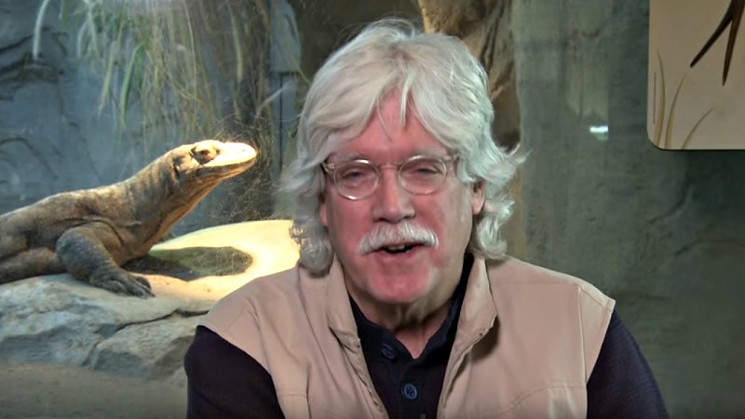 "Why is this happening? It's not them. It's us.

"Half the people who've ever been alive on the planet are alive right now, and half the people who are alive right now are under 25. It's an exponential thing — and we're the first species in the history of the world to become a geophysical force. That means we can make an impact on the environment we live in, which we do. We spread thousands of toxic chemicals, we've dammed most of the rivers, and if habitat conversion continues at the current rate, half the planet's plants and animals are going to be endangered.

"We're having a powerful effect on the biodiversity of the planet. But I think of nature as that part of life that's independent of human control. And urban wildlife can thrive in urban environments, as we see in Denver."