Op-Ed: On Día de los Muertos, Remember Those Who Have Gone On and Break Conventions of Prejudice

Remember activitist Corky Gonzales on Día de Los Muertos. courtesy Rudy Gonzales
Día de los Muertos — Day of the Dead in English — sounds like the latest horror thriller featured on your favorite streaming service. There are probably a few people still not familiar with one of Mexico’s beloved celebrations, Día de los Muertos. Día de los Muertos has become more popular over the past few years among mainstream American society, thanks to feature films like Disney’s Coco or the opening parade scene of James Bond’s 2015 Spectre. Candy companies caught the wave of this popular Mexican celebration early on early, seeing another opportunity to sell more product during the Halloween season.

However, this is where the public can make a mistake. Día de los Muertos isn’t just a Mexican Halloween. The roots of Día de los Muertos date to pre-Columbian times, to the Nahua peoples, the Mexica (Aztecas) and Toltecas. Nevertheless, there are a few similarities to Halloween — death, masks and costumes — but they are on opposite ends of the spectrum when it comes to meaning. The dates also occur at the same time: Halloween is October 31, and Día de los Muertos, a two-day celebration, is November 1 and 2.

Halloween focuses on death as scary and frightening, while Día de los Muertos is a celebration of memories of those who have passed, celebrated with music, dance and lots of food: pan de muertos (bread of the dead, skull-shaped bread), calaveras (candy skulls), atole (a wonderful creamy hot drink of cinnamon and more), candied pumpkin and the favorite foods of the family member who passed. The most striking parts of the celebration are the artfully painted faces and fancy suits and dresses.

The Spanish, during the conquest of Mexico, tried to wipe out Indigenous culture, starting with places of worship, art, language and sacred traditions. In short, the Spanish eliminated anything that would be reminiscent of the once beautiful cities, advanced and sophisticated societies throughout the hemisphere. Sadly, the Spanish perceived so much of Iindigenous culture as blasphemous and preferred to eradicate rather than appreciate. Gladly, rituals like Día de los Muertos survived. Día de los Muertos celebrated death rather than mourn it. Death was simply viewed as an extension of life, and those who passed were still part of la comunidad (the community). Still with us — what a marvelous concept. 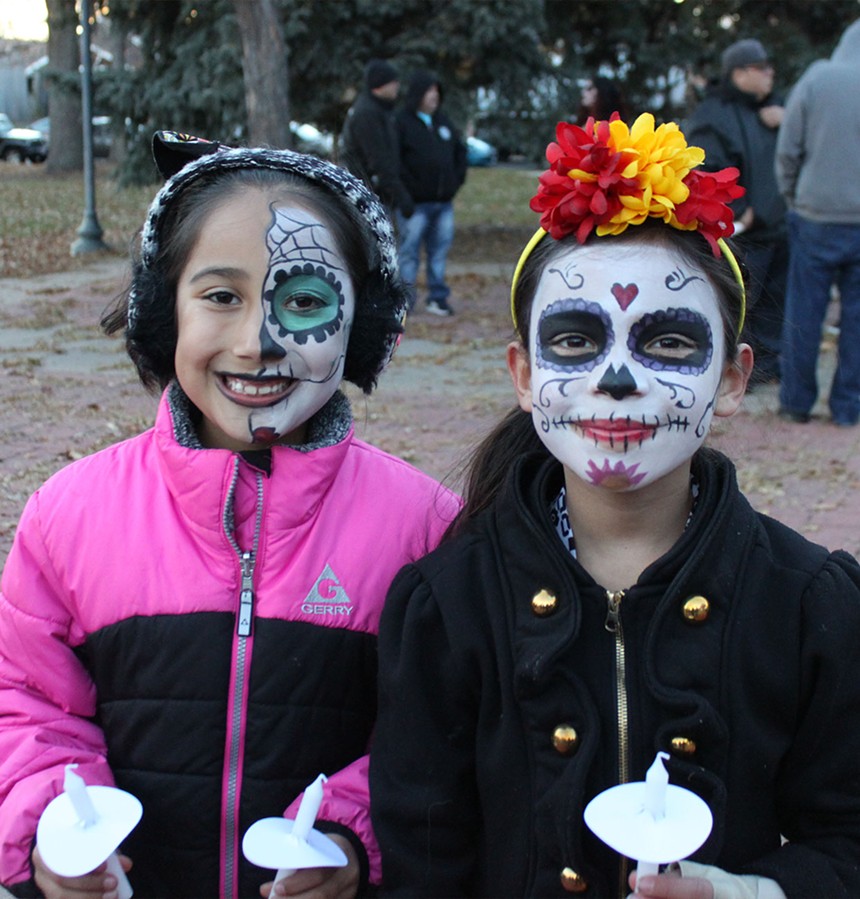 Servicios de la Raza
The practice of ancient Indigenous cultures retaining the memory of loved ones is deeply consolatory and resonates deep within the walls of our spiritual core. Moreover, the thought that those who have passed on can return to earth for a day or two during celebration can also bring a level of comfort.

As a multicultural marketer, part of the skill set I developed early in my career is observing cultural intricacies to transform communications into emotional bonds with the consumer. Here’s my opinion regarding the American consumer landscape and Día de los Muertos: Contrary to the harsh rhetoric of the past by politicos, civil unrest and skewed views on immigration by the media have not been enough to detour America’s voracious appetite for all things Mexican — food, music, art, sunny beaches and dance. Americans even elevate key historical dates more than Mexicans themselves (case in point: Cinco de Mayo).

And now transforming an ancient Mexican custom like Día de los Muertos into an American celebration can serve to break down the hateful walls of ongoing prejudices and bring more understanding. I offer this cultural tip for non-Latinos that will make you even more bienvenido (welcome) as you immerse yourself in Mexican culture. As you enjoy the colorful costumes, music and food, remember to look with respect and appreciation to the past alongside the Mexicans, Mexican-Americans, Chicanos or Latinos you celebrate with, and reflect on the roots and origins of the culture you are celebrating — that’s a positive step forward for all Americans.

We invite all Coloradans to join us for the oldest ceremonial Día de los Muertos commemoration in Denver at 4 p.m. on Monday, November 1. We’ll gather at Troy Chavez Peace Garden with a procession to La Raza Park, and then at 6:30 p.m. enjoy a celebration with food and music.

Armando L. Martín is CEO of XL Edge, a national multicultural marketing and consulting firm specializing in bringing organizations closer to the communities they serve. He is also board president at Servicios de la Raza, Colorado’s oldest and largest human services organization in service of the community.