Summiting Challenger Point. YouTube
Dr. Jamie Rupp, a Colorado native who'd relocated to Wyoming, has been identified as the man who died Sunday, September 3, on Challenger Point, a fourteener in Custer County, south of Cañon City. He is at least the tenth person to perish climbing a fourteener in Colorado in 2017, a list that includes an astonishing five casualties on Capitol Peak, in the Elk Mountains, over a span of just 43 days.

The first person to lose his life while climbing a Colorado fourteener this year was Pawel Abramczyk of Thornton, who died March 19 on Longs Peak. On April 10, Matthew Lackey, the opening executive chef at Arcana, died while rock climbing on Mount Princeton. The body of Jeff Bushroe, a Fort Carson soldier, was found by a hiker on May 27; the official cause of death was hypothermia, to which he succumbed after a fall from the Grand Couloir in the Maroon Bells, another Elk Mountains fourteener. And on August 5, Rei Hwa Lee, 57, fell to her death on the north face of North Maroon Peak.

Lee's children told Pitkin County Sheriff's Office representatives that she arrived at the Maroon Bells parking area at around 5 a.m. that day; they contacted authorities that evening because Lee was overdue. The following Monday, August 7, members of Mountain Rescue Aspen, an all-volunteer squad, assisted by Summit County Flight for Life and Eco Flight, began combing the area; after tips posted on 14ers.com, a website maintained by Bill Middlebrook, they focused their efforts on North Maroon Peak. 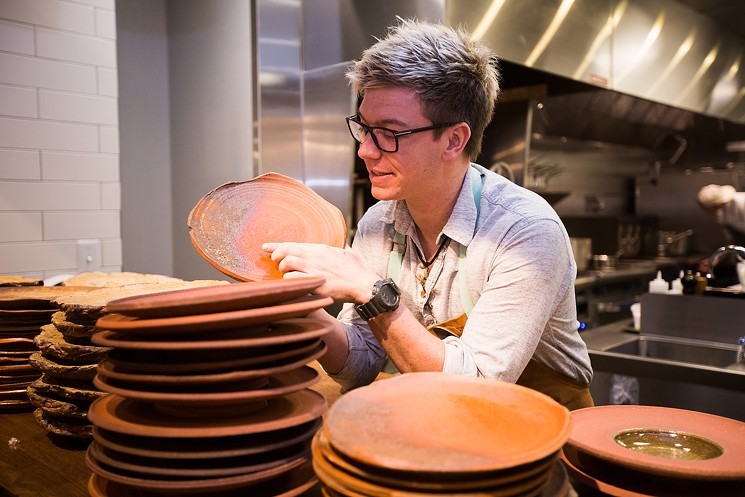 The late Matthew Lackey died after a climbing accident on Mount Princeton in April.
Danielle Lirette
As for the Capitol Peak accidents, the first took place on July 15, when Parker's Jake Lord died there. Another Parker resident, Jeremy Shull, perished while climbing the Knife's Edge portion of the peak on August 6.

On August 22, the bodies of Ryan Marcil and Carlin Brightwell, a young couple planning to marry, were found at the fourteener's base. And on August 26, Zackaria White, a 21-year-old from Pine, died from a Capitol Peak fall after reportedly disagreeing with a climbing partner about a descent route.

Details about Rupp's death come from Custer County Search and Rescue. The group notes in a Facebook post that the Custer County Sheriff's Office received a 911 call shortly after 2 p.m. on September 3. The report: a fall on Challenger Point, which is part of the Sangre de Cristo range.

Rupp's body was discovered on Sunday evening, but it was too late to launch a recovery operation, according to Custer County SAR. On Monday, September 4, various rescuers, assisted by Flight for Life, were able to bring Rupp's body back; the supposition is that he didn't survive a fall of several hundred feet. 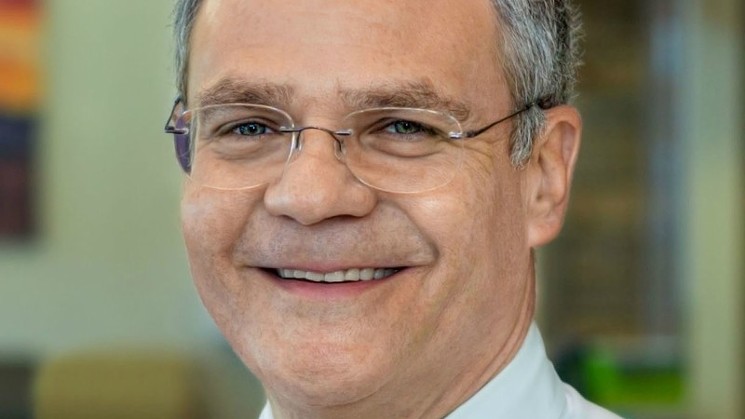 Originally from Walden, Rupp graduated as valedictorian of North Park High School in 1981. He subsequently earned an agriculture degree from Colorado State University in Fort Collins before entering medical school at the University of Kansas in Kansas City. From there, he did a residency at the University of Kansas Medical Center before moving to Wyoming, where he "provided health care to Wyoming residents from every corner of the state, whether it be as a medical director, internist or nephrologist. Prior to joining Memorial Hospital in 2014, Dr. Rupp worked at the Veterans Administration Clinic in Casper. As one of the only nephrologists in Wyoming, Dr. Rupp was a well-respected physician and resource for the state," the release notes.

It stresses that "a sense of sadness and profound sorrow...spread through the organization" after the news broke — and this line is reinforced by an email sent to Memorial Hospital staffers by CEO Ryan Smith. It reads: "We are shocked and devastated at the passing of a great husband, father, physician, colleague and friend. Our thoughts and prayers go out to Sandy, Tom, Alex and the rest of Dr. Rupp's family. Dr. Rupp spent his entire career serving patients from all over our great State of Wyoming. I feel extremely privileged to have worked with Dr. Rupp since he arrived in Douglas. He was not only a brilliant physician and constant advocate for his patients, staff and profession, but a confidant and friend to me, and my family. I can't imagine all of the family, providers, patients, employees, students, and many friends he impacted during his life and career, and the collective hurt we will share at his untimely passing."

Services for Rupp are pending.

Editor's note: In the original version of this post, Bill Middlebrook wasn't properly credited with maintaining 14ers.com. The text has been corrected. We regret the error.