The Fair Elections Fund qualifying date has moved up. Brandon Marshall
Just over a month ago, Matt Watkajtys declared his intention to run for the District 10 Denver City Council seat in the April municipal election.

"I made the determination after I realized that downtown was going to be an afterthought yet again for another cycle, and if I didn’t fight, who would?" Watkajtys says, pointing out that through a 2022 redistricting process, District 10, which already included neighborhoods like Capitol Hill and the Golden Triangle, also gained Denver's Central Business District.

Watkajtys had anticipated getting money from the Fair Elections Fund, a new public campaign financing mechanism taking effect for the first time this municipal election cycle, which includes an open mayoral race, since Mayor Michael Hancock is term-limited and can't run again.

But Watkajtys's grassroots campaign took a hit on January 3 when Denver City Council approved moving up the qualifying date for the Fair Elections Fund — the date by which candidates have to show they've received enough qualifying contributions to get the funding — from February 13 to January 19. 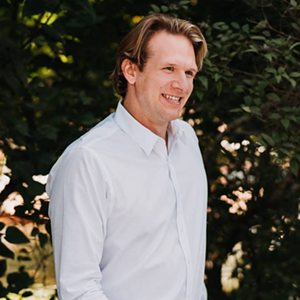 Matt Watkajtys has to scramble to qualify for the Fair Elections Fund.
Courtesy of Matt Watkajtys
"It’s pretty bizarre to me, to be honest with you. I understand shifting just filing dates, but a whole qualifier, especially this close, you know, it seems like an insurmountable hurdle, unless you’ve been thinking about this for a really long time or you have a political block," Watkajtys says.

In 2018, Denver voters approved establishing the Fair Elections Fund, which was pushed by advocates who wanted to get big money out of the Mile High City's elections. The fund matches donations from $5 up to $50 at a ratio of nine to one for candidates who agree to lower contribution limits and take donations only from individuals and small donor committees. Dozens of candidates for city council seats and the position of mayor have signed up to get the funding, which comes in at $8 million per election cycle. There is approximately $4.8 million left in the fund, and the next payment to candidates will happen later this month.

But while candidates who already have a strong political network might easily get enough qualifying contributions, those who are newer to politics may face more of a challenge in getting that many contributions, especially now that the date to show proof of the necessary number of contributions has been moved up.

"The law that the voters passed requires anyone receiving money from the fund to agree to two debates, which need to happen in a small window of time also mandated by the law. Without the change, candidates could still be qualifying after these debates have already started happening," notes Lucille Wenegieme, a spokesperson for the Denver Clerk and Recorder's Office. "By moving the fund qualification deadline to match up with the candidate qualification deadline, we’re making sure we can audit all the contributions and that the debate sponsors know exactly who needs to show up for their obligations."

As part of FEF changes that Denver City Council approved on January 3, candidates participating in the fund will need to participate in only one debate instead of two. This debate mandate doesn't include non-FEF debates, of which there will be plenty.

After receiving his petition booklet to start gathering signatures on December 15, Watkajtys decided to wait until the holidays had wrapped up before asking for people's signatures. "It didn’t feel right to be politicking when everyone’s enjoying their year," Watkajtys says.

Until January 3, Watkajtys thought he could first focus on gathering signatures and then try to get 100 qualifying contributions.

But now that he needs to submit both the signatures and proof of the qualifying contributions on January 19, Watkajtys is wondering whether he can still be an FEF candidate.

FEF candidates are required to make a separate bank account for the fund's money, and Watkajtys is hustling to get one set up. But he recognizes that his efforts might be too late, which would mean that  he could be in a race where the incumbent, Councilman Chris Hinds, and other candidates are receiving FEF money while Watkajtys is not.

"I thought the Fair Elections Fund was supposed to help people like me that were not from politics, that were called to service, and to make it easier for them," Watkajtys says. "Now we’re in the middle of the cycle, and they change the rules, and it only benefits the people who have already qualified."

And Watkajtys is not the only candidate who is questioning the decision to move up the qualifying date for the FEF.

"Y'all are really cutting this down to the wire, aren't you?" Jesse Parris, a mayoral candidate, said in public comment before city council voted on January 3 to change the qualifying date. "This Fair Elections Fund is not as fair as it appears. It is literally stomping out real grassroots candidates, such as myself."

The Denver Clerk and Recorder's Office contends that it's done enough due diligence to make sure candidates were aware of the qualifying date change.

"We wanted to make sure folks weren’t surprised by this, even as it went through multiple council hearings and public comment, so we reached out before the holidays to candidates who intend to qualify. After over six months of runway to qualify, fifteen days isn’t much, especially when it gives us time for due diligence with this money,"  Wenegieme says.

But Owen Perkins, one of the original advocates for the fund, points out that it's very easy for members of the public not to be aware of these council hearings and public comment sessions. He adds, "Not everybody had a six-month runway. You can still be filing. I wouldn’t be surprised if somebody files who hasn’t filed already yet. That’s a little misleading."

Al Gardner, another mayoral candidate, had learned about the looming qualifying date change prior to declaring his candidacy on December 5, but he still isn't happy about the last-minute change.

"Moving the date up and not keeping it in February is counter to the whole philosophy behind opening up the election to non-traditional candidates," Gardner says. "I’m planning to potentially have to go into traditional fundraising outside of this if I don’t meet it."

Perkins, who works with Clean Slate Now Action, which, like the FEF, focuses on getting big money out of politics, states that the qualifying contribution number was chosen to be in the realm of the number of signatures required for each candidate.

"I think it’s legitimate to have that. I think it’s a pretty attainable threshold, and I find people generally get it pretty quickly. But again, if somebody is planning on a certain time frame and, for whatever reason, that’s the way that they’re planning on going about it, I'm definitely sympathetic to them having the timeline changed in the middle of the process. I don’t think that’s the ideal outcome at all," Perkins says.
KEEP WESTWORD FREE... Since we started Westword, it has been defined as the free, independent voice of Denver, and we'd like to keep it that way. With local media under siege, it's more important than ever for us to rally support behind funding our local journalism. You can help by participating in our "I Support" program, allowing us to keep offering readers access to our incisive coverage of local news, food and culture with no paywalls.
Make a one-time donation today for as little as $1.