Feds Double Down on Denying Citizenship for Cannabis Industry Ties 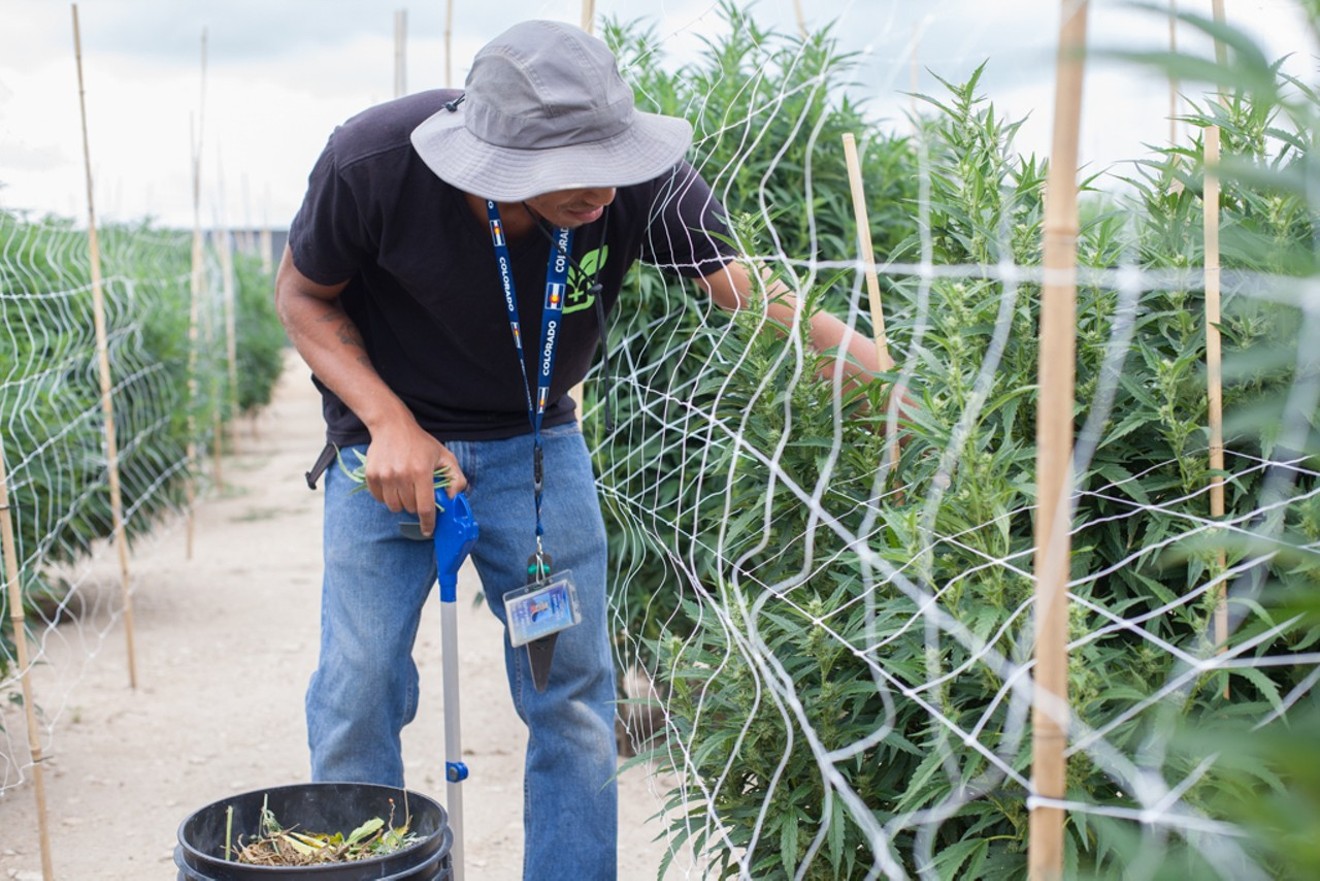 Immigrants who work in the cannabis industry are at risk of having their applications for citizenship denied. Jacqueline Collins
Immigrants who've worked in the cannabis industry remain at risk of having their citizenship applications automatically denied if they reveal their work history, according to a new announcement by the federal government.

On April 19, U.S. Citizenship and Immigration Services released a policy guidance document reiterating that work in the marijuana industry is generally grounds for automatic denial of a citizenship naturalization application based on a lack of "good moral character...even if such activity has been decriminalized under applicable state laws."

The latest announcement came in the midst of a spat between Mayor Michael Hancock and the federal government over its stance toward cannabis employees applying for citizenship. And just hours after USCIS published this update, Hancock offered a rebuke.

"We fundamentally disagree with today's guidance from the U.S. Citizenship and Immigration Services. This is a matter or equity and social justice, and working in the legal cannabis industry does not mean someone is a bad person," Hancock wrote in a letter to other mayors working to push back against federal government overreach.

Earlier this month, Hancock met with two men who had their citizen applications denied solely because of their work in the cannabis industry. After that meeting, the mayor penned a letter to Attorney General William Barr, asking the Department of Justice to "clarify and adjust policies that are negatively impacting the legal immigration status for people who work or have previously worked in Colorado's legal cannabis industry."

Hancock did get clarification, but it didn't include the adjustment he'd sought.

But while the mayor's push against this policy appears to have hit a roadblock, there's still a chance that legislation on the federal level could protect immigrants from being penalized for working in the legal cannabis industry.

Senators Cory Gardner and Elizabeth Warren recently reintroduced the STATES Act, which would protect people acting in compliance with a state or tribe's laws from prosecution through federal marijuana laws. There's no specific section of the bill that hits on the immigration issue, but the fact that it does protect states and tribes from federal government overreach at least offers hope that lawful immigrants applying for citizenship will be protected, too.

President Donald Trump has previously indicated that he would sign the bill if it got to his desk.
KEEP WESTWORD FREE... Since we started Westword, it has been defined as the free, independent voice of Denver, and we'd like to keep it that way. With local media under siege, it's more important than ever for us to rally support behind funding our local journalism. You can help by participating in our "I Support" program, allowing us to keep offering readers access to our incisive coverage of local news, food and culture with no paywalls.
Make a one-time donation today for as little as $1.