Scott Gilmore
Two summers ago, people across town were squawking over Denver Parks and Recreation rounding up and euthanizing 1,662 geese, then another 517 birds in 2020 through the Resident Canada Goose Damage Management Program, supported by a three-year contract with the United States Department of Agriculture.

While the city didn't kill any geese this year because the population was deemed sustainable, documents from a dismissed lawsuit show that Denver originally planned to kill another thousand birds.

Local animal activists were outraged by the city's "culling" of the geese, especially given what they described as limited public notice. Canada Geese Protection Colorado formed to fight the 2019 actions, and later expanded to protect other birds in the area.

In 2020, the Animal Legal Defense Fund filed a lawsuit against the USDA, which had issued the permits for culling in the parks, because the agency had redacted information regarding the number of geese the city planned to slaughter and how much it paid the slaughterhouse per goose. That action came after the Animal Legal Defense Fund submitted a Freedom of Information Act request concerning goose management in Denver.


On October 7, the lawsuit was dismissed after the USDA agreed to release the redacted information; as part of the dismissal, the USDA also agreed to pay $15,000 in attorney fees.

Parks and Recreation declined to comment on the lawsuit; Deputy Executive Director Scott Gilmore had previously told Westword that the decision to cull geese was one of the most difficult of his career, yet was necessary because too many of one species throws an ecosystem off balance...and goose poop also pollutes waterways. The USDA also declined to comment on the case because the court has not yet officially filed the dismissal documents, and the department does not discuss active litigation.

But Daniel Waltz, a senior staff attorney at the Animal Legal Defense Fund who helped litigate the case, is not as reticent. Although the lawsuit has been dismissed, he says Denver residents should still be concerned that the USDA’s insistence on hiding details from the public ended up costing taxpayers $15,000. 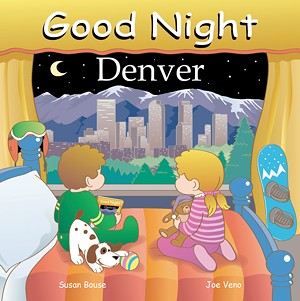 Denver's geese make an appearance in this book.
goodnightbooks.com

Documents from the case reveal that Parks and Recreation originally envisioned eliminating up to 2,700 geese and had secured permits to kill up to 2,250 per year. As it was, the city paid $15,253 to the slaughterhouse that killed the geese, which charged $7 per bird. Combine that with legal fees and the salaries of department employees who rounded up and transported the geese, and taxpayers paid over $30,000 for a project in which they had no say, Waltz points out.

And the slaughter could have been worse. “I suspect that because there was such public outcry, the agency was worried about having large numbers like 2,700 geese rounded up and killed and $20,000 of taxpayer money spent to do this unpopular task,” Waltz adds.

Neither local nor federal officials anticipated how strongly Denver residents would feel about the goose roundup, Waltz suggests. He frequently reads his children a popular book called Good Night Denver; one page that pays homage to Washington Park has artwork that includes geese. That's just one example of how ingrained geese are in Denver park culture, he says, and how people consider them "individuals with inherent value that are worthy of keeping around and interacting with."

And the birds often stick around. Traditionally a migratory species, many geese have become permanent Denver residents instead of flying through.

“Just like a lot of humans may be coming through to ski or head father west," Waltz says, "they stop in Denver and think, ‘Wow this is an amazing place to live. Why would I go any farther?'”
KEEP WESTWORD FREE... Since we started Westword, it has been defined as the free, independent voice of Denver, and we'd like to keep it that way. With local media under siege, it's more important than ever for us to rally support behind funding our local journalism. You can help by participating in our "I Support" program, allowing us to keep offering readers access to our incisive coverage of local news, food and culture with no paywalls.
Make a one-time donation today for as little as $1.
Catie Cheshire is Westword's editorial fellow. After getting her undergraduate degree at Regis University, she went to Arizona State University for a master's degree. She missed everything about Denver -- from the less-intense sun to the food, the scenery and even the bus system. Now she's reunited with Denver and writing news for Westword.
Contact: Catie Cheshire