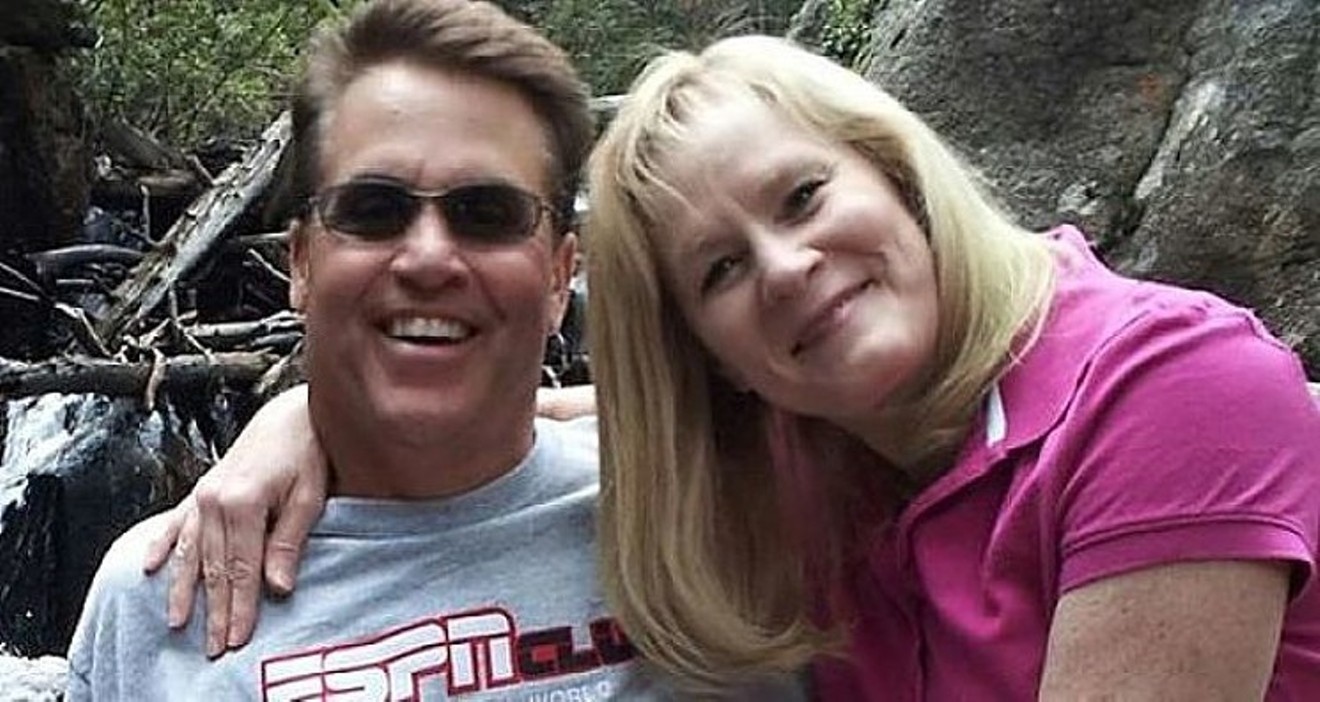 Harold Henthorn and his wife, Toni, whom he was convicted of killing. CBS 48 Hours file photo
At 9 a.m. today, May 24, Judge R. Brooke Jackson is scheduled to oversee day two of an evidentiary hearing in United States District Court for the District of Colorado requested by plaintiff Harold Henthorn, who was convicted in 2015 for killing his second wife, Dr. Toni Henthorn, by pushing her off Deer Mountain in Rocky Mountain National Park in 2012. According to documents obtained by CBS4 Denver, Henthorn is asking for his conviction to be tossed and a new trial granted because his attorney, Craig Truman, charged him more than $1 million to represent him but "provided no defense — and explained to me only after it was too late — that he sold me down the river."

Truman isn't commenting about the case, and neither is Henthorn's latest attorney, Nathan Chambers. But Henthorn has been down this road before. In 2017, the U.S. Court of Appeals for the 10th Circuit
rejected his argument that the original court biased the jury against him by allowing testimony about the suspicious death of Henthorn's first wife, Lynn, and a serious accident suffered by Toni the year before her death. And in 2018, the U.S. Supreme Court refused to hear the case, which received national publicity through platforms such as the CBS newsmagazine program 48 Hours.

Then-U.S. Attorney John Walsh had been placed in charge of prosecuting the case because Rocky Mountain National Park is federal land. "On September 29, 2012, Harold Henthorn's wife Toni Henthorn fell to her death with Harold Henthorn as the only witness, in a remote location in Rocky Mountain National Park, Colorado," Walsh said in the charging document, adding that "investigation has revealed there are three $1.5 million life insurance policies on Toni Henthorn, two of which are in trusts, and one in which Harold Henthorn is the sole beneficiary."

Harold Henthorn flanked by first wife Lynn and second wife Toni.
CBS 48 Hours file photos
This wasn't the only circumstance that Walsh saw as suspicious. In the document, he implied that Harold was living off Toni, a respected ophthalmologist, while conducting a mysterious double life. Here's a key excerpt:


Harold Henthorn travels frequently, even weekly, allegedly for work. However, there is no indication that he has actual clients. He has no business in his name, no partners able to be located by law enforcement to date, and no one interviewed to date knows who his clients are or were, yet he told investigators he was financially secure, and he was a fundraiser for nonprofits like churches and hospitals. At his wife's funeral witnesses told investigators there were no attendees from Harold Henthorn's work and witnesses interviewed by investigators revealed no one actually knew what his business was called, or any of his projects or clients.

Was Henthorn capable of murder? Walsh floated that possibility by pointing out that "in 1995, Harold Henthorn's prior wife died from injuries sustained from being crushed by a car while he was changing a tire in a remote location. The car allegedly came off the jack as he was throwing the tire in the trunk, crushing his wife, who was under the car for unknown reasons. There were no witnesses other than Harold Henthorn, and a life insurance policy on her had been taken out several months prior."

Walsh also cited what could have been another attempt by Harold to kill Toni in a way that would have seemed accidental. "In early September or late August of 2011," he wrote, "a beam hit Toni Henthorn on her head while working on her cabin with Harold Henthorn, fracturing her vertebrae. The beam fell off the porch where Harold Henthorn was working, after he called her to come help him. Toni Henthorn told her mother, 'If I hadn't bent down after I walked outside, the beam would have killed me.' This is another accident in which Harold Henthorn was the only other witness." 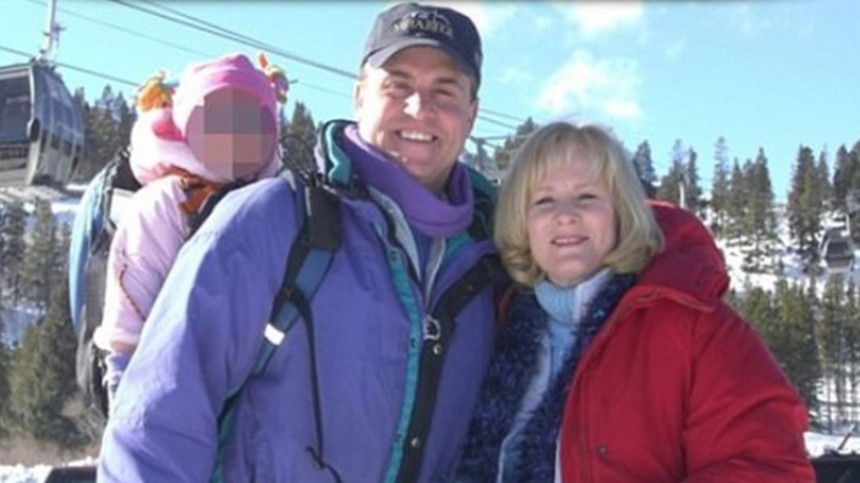 Harold and Toni Henthorn with their daughter, whose identity is obscured in this photo
CBS 48 Hours file photo
At Henthorn's 2015 trial, the prosecution was allowed to introduce information about both of the prior incidents. Henthorn was convicted and sentenced to life in prison. "I did not kill Toni," he stated during sentencing. He appealed.

The 10th Circuit ruling devoted plenty of space to describing commonalities between Lynn's death and what happened to Toni. "Each incident, including Toni’s death, occurred in a remote location which impeded communications, delayed emergency responders, and reduced the likelihood of accidental witnesses," one passage notes. "Indeed, Henthorn was always the only witness at the time of injury. And in the aftermath of each incident, Henthorn told inconsistent stories about what happened. Although there is a seventeen-year gap between his first wife’s death and Toni’s, the temporal distance is not per se disqualifying, and does not overshadow the marked similarities between the incidents. Henthorn’s first wife, Lynn, died after thirteen years of marriage to Henthorn. His second wife, Toni, died after twelve years of marriage. Henthorn lied about the applicable life insurance policies and collected significant sums of life insurance proceeds from each death. Over their respective family’s objections, he also had each woman’s body quickly cremated and spread their ashes at the same spot on Red Mountain near Ouray, Colorado."

In conclusion, the court determined that the evidence to which Henthorn objected was relevant and its "probative value...was not substantially outweighed by its potential for unfair prejudice."

Henthorn will not be able to make his claims of incompetent legal representation to Jackson in person. He's scheduled to appear via video teleconference from USP Terre Haute, the federal prison in Indiana where he's currently serving a life sentence for Toni's murder.
KEEP WESTWORD FREE... Since we started Westword, it has been defined as the free, independent voice of Denver, and we'd like to keep it that way. With local media under siege, it's more important than ever for us to rally support behind funding our local journalism. You can help by participating in our "I Support" program, allowing us to keep offering readers access to our incisive coverage of local news, food and culture with no paywalls.
Make a one-time donation today for as little as $1.