Head of the Class

Four high school students in military uniforms were horsing around in a cinderblock corridor deep inside Coors Field. It was fifteen minutes before the Rockies would take on the Phillies, and two decades into the latest surge of immigration into the United States. One of the students was named Pablo. He had pale skin, short dark-brown hair, ears that stuck out a little, and a long face. A ribbon pinned to his green uniform indicated that he was an expert marksman, and another revealed that he was the commander of a company of Junior ROTC students back at West High. Dressed up like a soldier, Pablo looked like a young man who was willing to die for his country.

Pablo dove into the women's bathroom, where Sergeant Damon had stashed the cadets' equipment, and emerged with the American flag against his shoulder. The four teens then marched down the long hallway and out onto the vast, emerald expanse of the baseball field. They halted in shortstop territory, where the Wilmot Elementary School chorus was waiting for them. As the pint-sized singers filled the stadium with a warbly, high-pitched version of the national anthem, the student who was carrying the Colorado flag tilted it downward. Pablo, however, continued to hold the American flag absolutely upright. A sudden breeze made the flags snap sharply; the only other movement in the frozen tableau came from Wilmot's chorus leader, who conducted with admirable vigor. When the song ended, the stadium was silent for a moment, and then the fans roared in unison.

It was an American crowd, cheering for what looked like a quintessentially American spectacle. Would the crowd have cheered as loudly if they knew the full story of the teenager holding the American flag? Pablo didn't think so, which was why he typically kept quiet about his past. Nine years earlier, when he was a third-grader living in Chihuahua, Mexico, his parents had applied for tourist visas that would allow them to visit the U.S. temporarily, and they'd driven the family across the border in their dilapidated sedan. They'd never gone back. After spending a lonesome year in Joplin, Missouri, the family moved to Denver, where they had kin. They arrived just in time to help their new home town achieve the status of a "gateway city," in the terminology of the Brookings Institute. Thanks to the torrent of immigrants flowing here over the last decade, the number of foreign-born people living in the metro area increased 178 percent during the 1990s -- a rate exceeded by only a handful of other metropolitan areas in the United States.

When his mother walked him over to his new elementary school, Pablo became one of the thousands of undocumented students flooding into Denver Public Schools. In 1996 there were 13,911 Spanish-speakers in DPS schools; by 2003 that number had doubled, to 27,002. For the most part, these students had been born in Mexico, or their parents had been. It was impossible to say exactly how many of them were undocumented, because nobody tracked the statistic; a Supreme Court decision prohibited school officials from asking students to reveal their immigration status for fear of scaring undocumented families into keeping their children at home. However, knowledgeable principals at several elementary schools with large numbers of Latino students recently estimated that those schools were probably as high as 40 or 50 percent undocumented. Overall, agreed several members of the DPS board, it was reasonable to assume that at least 20 percent of the students the district now served lacked papers -- and a few boardmembers thought that figure too conservative. (Up in the mountains, where ski resorts attracted even higher concentrations of illegals, more than 50 percent of the students in some rural school districts were probably undocumented.)

Not on the periphery of the country, in other words, but somewhere much closer to the heart of it, we were raising an entire generation of young people who would not be deemed American when they came of age, even though they had grown up here. A small but impressive fraction of these students turned out to be like Pablo -- the stars of their high schools, the students adored by all of the teachers. They were graduation speakers at North and they were valedictorians at Manual and they were cheerleaders at West.

Pablo allowed others to mistake him for American whenever possible. Now that he was on the verge of becoming an adult, though, he was finding it harder and harder to avoid the sorts of questions that would reveal his illegal status. He had been treated just like any other American kid in elementary and middle school, and for the first two years of high school as well. But in his junior year, all sorts of people started asking for his Social Security number -- the priest who wanted to hire him for a part-time job, the administrator who hoped to admit him to a prestigious internship program, the college counselor who urged him to compete for full-ride scholarships offered by places like the Daniels Fund -- and, of course, he didn't have one to give. All of a sudden, everywhere he turned, he faced this confounding matter of lacking a nine-digit number that every adult in the United States needs in order to become a fully productive member of society. 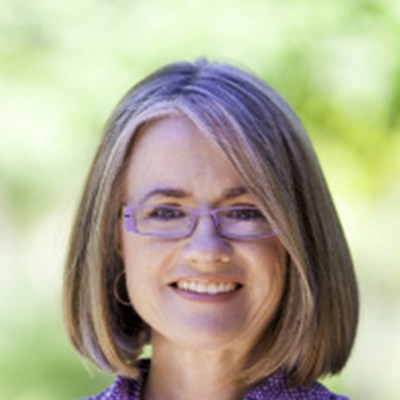 Helen Thorpe is a freelance journalist who has written three books of narrative nonfiction about immigrants seeking legal status, veterans returning home from conflict, and refugee families in the midst of resettlement. She has also published a digital only collection of linked personal essays about family, migration, and food.