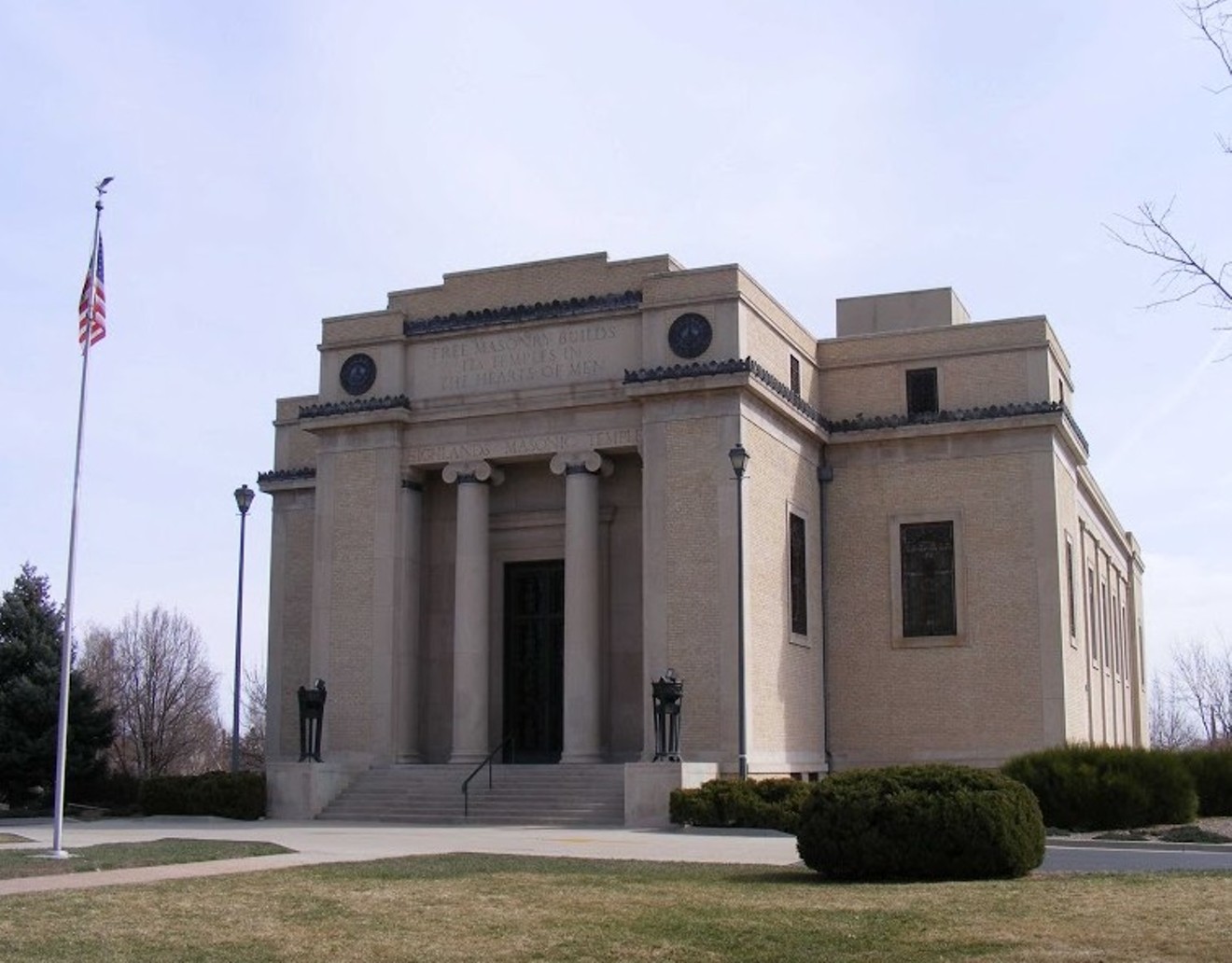 Margaret Jackson
The new maple floor in the ballroom of the Highlands Masonic Temple at 3550 Federal Boulevard is ready for dancing. The floor, replaced in February, is made from the same material used on the building when it was built ninety years ago.

Designed by brothers Merrill and Burnham Hoyt in the Classical Greek Revival style, the Highlands Masonic Temple was listed on the National Register of Historic Places in 1995. The temple is the largest building in the Highland neighborhood and includes architectural detail such as original chandeliers and lighting, classical art-deco ceilings, a bust of president and freemason George Washington, a grand ballroom, square and compass designs in the floor work, and original doorknobs throughout the building.

In addition to being a gathering place for freemasons and their families, the building is also used as a venue for public and private events such as festivals and weddings, say Sarah Constantine, owner of Special Occasions, the temple’s event-management company. An industrial kitchen serves the ballroom, which has capacity to seat up to 450 people for dinner. There also is a stage.

“You can have 100 people and not feel like you’re swimming, or 450 and feel cozy,” Constantine says. “The room was designed for parties.”

The Highlands Temple (Lodge #86), one of the earliest established in Denver, was chartered in 1897 but originally met in another historic building, at 3220 Federal Boulevard. In 1927, the Masons designed and built their current home.

The order of Ancient Free & Accepted Masons has been a force in American history. In addition to George Washington, founding fathers Thomas Jefferson and Benjamin Franklin were Masons. Masonry arrived in Colorado with the pioneers, and the first Masonic gathering took place at a cabin near Cherry Creek in 1858, the year Denver was founded.

The Hoyt brothers, the building's architects, grew up in Denver's Jefferson Park neighborhood and graduated from North High School. Their buildings were designed in a variety of historical styles, including English Gothic, Spanish Baroque, Greek Revival and Romanesque. They include Fourth Church of Christ Scientists, at 3101 West 31st Avenue; the Denver Public Library-Park Hill Branch, at 4705 Montview Boulevard; the Denver Press Club, at 1330 Glenarm Place; and Red Rocks Amphitheatre.