Inside Boulder's Plan to Expunge Minor Pot Convictions: Could It Spread? 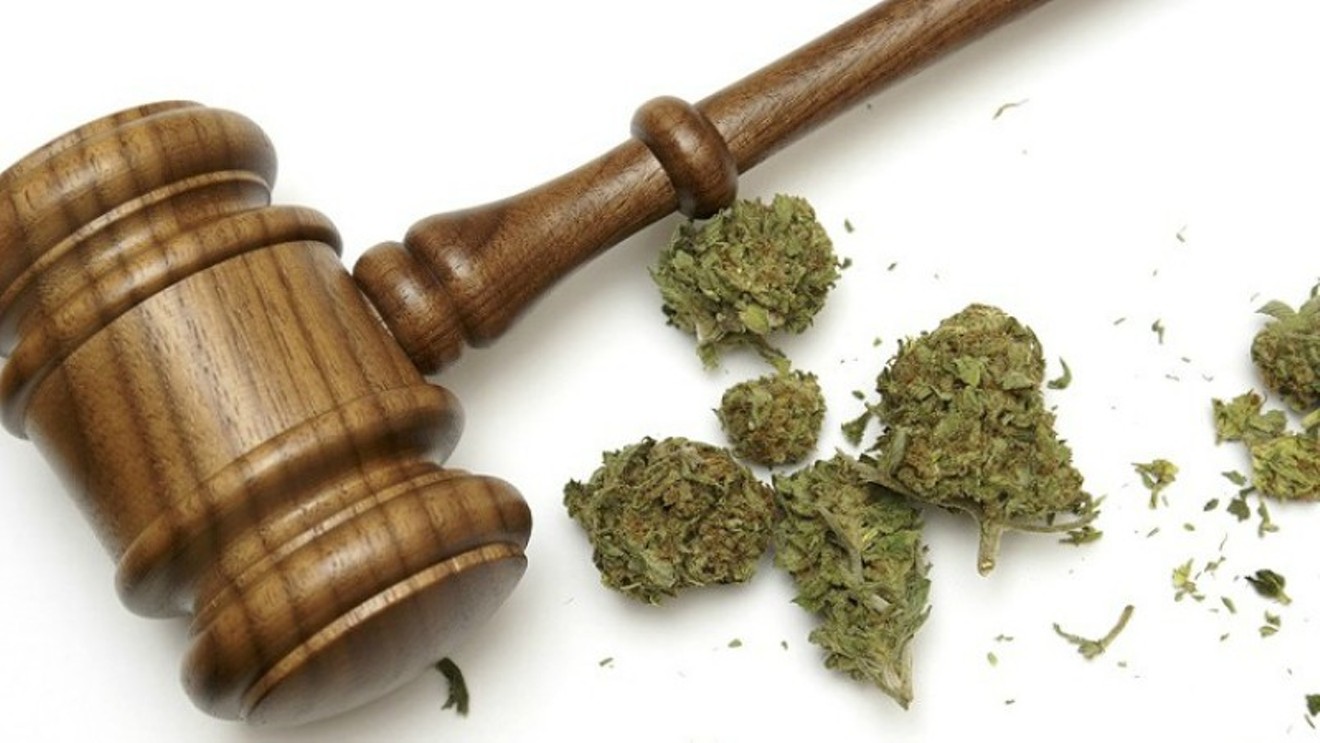 Boulder County District Attorney Michael Dougherty has launched a plan called "Moving On From Marijuana," which involves vacating pot convictions for actions that would have been lawful after the 2012 passage of Amendment 64, which legalized limited legal cannabis possession and sales in Colorado.

"When someone's convicted of a criminal offense, that conviction carries collateral consequences when they apply for schools or try to get a job," explains Dougherty, who was appointed to fill the office of Boulder DA in March, after Stan Garnett left, and won election to the post last month. "It stays with them for the rest of their lives. But given that voters in the State of Colorado overwhelmingly voted for the legalization of marijuana, I don't believe people should carry consequences for things that would be legal today. Helping people to have their convictions vacated and sealed is entirely consistent with justice, which is the mandate of our office."

At present, Dougherty notes, "The state has taken affirmative steps to address this issue. There's a statute on the books allowing a defendant to petition the district court in regard to convictions related to marijuana use. But it's limited to defendants who apply for relief, and it also only covers cases from after 2012."

Dougherty wants to go further — much further. "Moving On From Marijuana" includes a component that allows individuals with earlier minor marijuana convictions to bring their cases to the attention of the DA's office. A pair of sessions for this purpose has already been set (the full details are reproduced below). If cases are determined to qualify under the provisions of "Moving On From Marijuana," meaning that the offense would not lead to a conviction under current law, staffers will get to work expunging it from the record of the person in question.

Boulder County District Attorney Michael Dougherty.
bouldercounty.org
However, Dougherty stresses that those convicted of these no-longer-crimes will not have to personally ask Boulder to expunge their convictions.

"Our ultimate goal is to move to vacate any eligible convictions and move to seal that conviction whether or not the offender is even aware of it," he says. "This is a college town, so there are people who've been convicted and then move on, so they may not learn that they're eligible for this. And we want to address their situation, too."

The DA's office has chosen 2008 as an arbitrary start date for the marijuana cases that will be studied — and Dougherty estimates that around 4,000 since then qualify. However, he wants to go back even further in time to tackle any matters still in the system, even if the convictions date from decades ago. "If anyone was convicted of conduct that would otherwise be legal today, we want to relieve them of any collateral consequences," he says. Dougherty believes the entire task can be accomplished by the end of next year.

His hope is that the state as a whole will consider adopting a variation of "Moving On From Marijuana." Says Dougherty: "I would love to see the legislature step up and put forward a bill that wouldn't require defendants to petition the court for sealing. People may not have the means to do this themselves; they might not be able to afford an attorney, or they may not be aware this relief is available. So I'd love to see Colorado develop a proactive, statewide process."

In the meantime, Dougherty says, "I'm excited to start this program that people in Boulder want to see. I believe it's an important step in criminal-justice reform and fairness."

(And Denver may soon take a similar step: Mayor Michael Hancock is expected to make a major announcement related to marijuana at 9:30 a.m. today, December 4, and sources tell Westword one of the topics will be expunging past cannabis convictions in the city.)

Here's the Boulder DA office's release about the new plan, complete with the schedule for meetings in early 2019.

Prior to December 2012, when Amendment 64 became effective, using and possessing small amounts of
marijuana was illegal and prosecuted. The same use and possession of small amounts of marijuana would not be illegal today. District Attorney Michael Dougherty introduces a new initiative called "Moving On From
Marijuana." As a result of the new initiative, the District Attorney’s Office will file motions to vacate these old marijuana convictions on behalf of qualifying defendants.

Under "Moving On From Marijuana," the District Attorney’s Office will also include a petition that the court order the records regarding the old marijuana conviction be sealed. In the pleading, the District Attorney will make every effort to identify all agencies in possession of records pertaining to the offense. After the court orders the conviction vacated and record sealed, copies of the order will be sent to all agencies associated with the case. After receipt of the court’s order, all agencies must respond as follows to any inquiry regarding a conviction: "No such records exist."

As you might imagine, there are many qualifying convictions. To kick off the "Moving On From Marijuana" initiative, we invite you to join us in the Training Room on the 2nd Floor of the Boulder Justice Center, located at 1777 6th Street, Boulder, Colorado, on either January 10, 2019 from 9 a.m-11.a.m or January 15, 2019 from 1 p.m.-3 p.m. to speak with us about your case. If your case qualifies, meaning that your case is not one that would lead to a conviction under current law, we will get started with your case!

After this initial kick off, the District Attorney’s Office will have an application form on the District Attorney’s website you can submit electronically (www.bouldercounty.org/district-attorney). Additionally, we will continue to comb through cases from past years for qualifying convictions and file motions to vacate and seal these convictions on a regular basis as resources permit. District Attorney Michael Dougherty is committed to pursuing justice in every case and assuring that now legal conduct does not continue to have an adverse impact on people’s lives. It is a matter of fundamental fairness.

Please don’t wait for us to find your case! Come see us in January, or after those dates, please check our website for the online application. (PLEASE DO NOT CALL OR EMAIL THE OFFICE REGARDING YOUR CASE, AS WE DO NOT HAVE THE RESOURCES TO RESPOND TO INQUIRIES VIA PHONE OR EMAIL.) We want to make sure you receive a copy of the court’s order for your use and records. We look forward to helping you "Move on" from your old marijuana conviction and the stigma attached to it.
KEEP WESTWORD FREE... Since we started Westword, it has been defined as the free, independent voice of Denver, and we'd like to keep it that way. With local media under siege, it's more important than ever for us to rally support behind funding our local journalism. You can help by participating in our "I Support" program, allowing us to keep offering readers access to our incisive coverage of local news, food and culture with no paywalls.
Make a one-time donation today for as little as $1.