Why Today Is Not Accused Groper Jack Grynberg Day 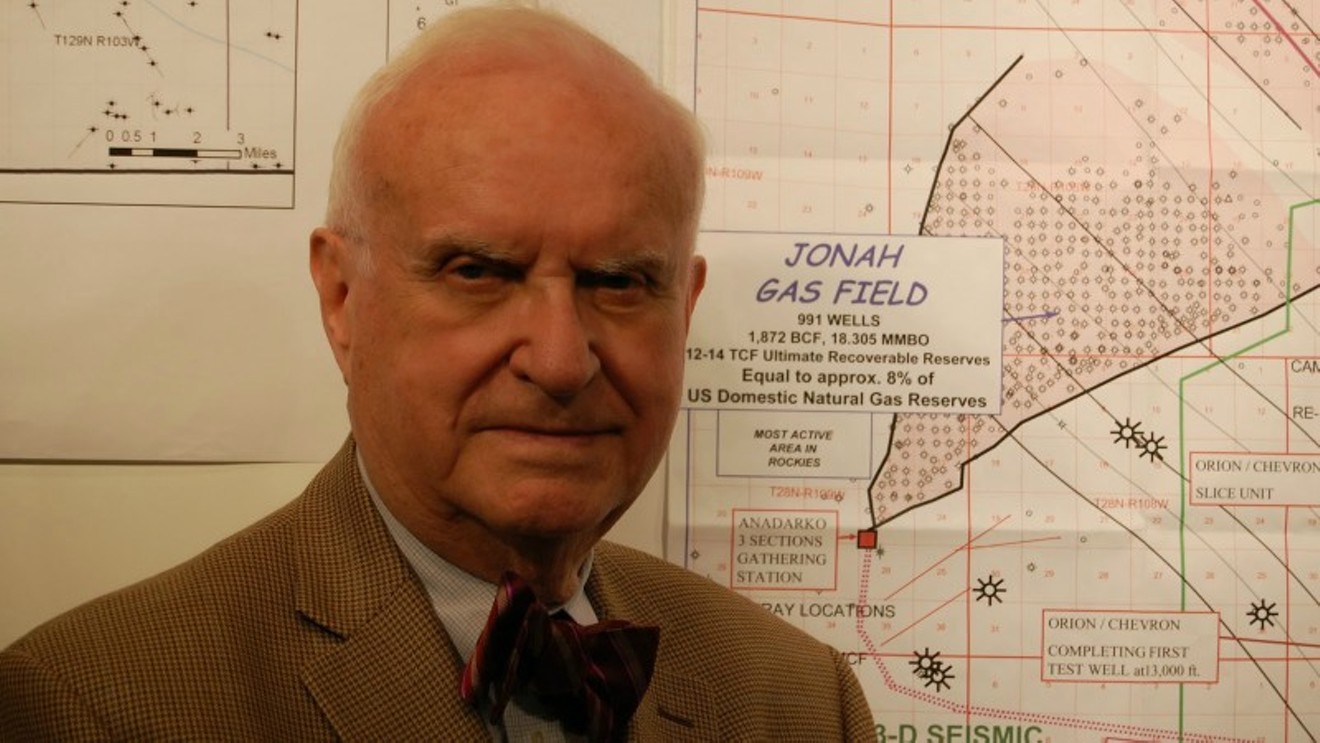 Sorry, Jack Grynberg: You won't be getting your own day today. jackgrynberg.blogspot.com
On November 1, the Jewish National Fund announced an event scheduled for today, in honor of oil tycoon Jack Grynberg, a past Westword profile subject. The release announced that Governor John Hickenlooper would officially declare November 14 "Jack Grynberg Day," with his chief of staff, Doug Friednash, scheduled to present the proclamation in person. But the get-together has been called off at the last minute amid uncomfortable headlines about sexual-harassment accusations made against the 85-year-old Grynberg by former employees. And now, all parties concerned, including Hickenlooper, are trying to distance themselves from potential embarrassment over association with an alleged groper in the age of Harvey Weinstein.

Grynberg was up for an honor from the Jewish National Fund as the result of a huge donation lauded on the JNF's website. The lead paragraph to the Grynberg post, which remains online at this writing, reads: "Immigrants’ stories of their journeys to the Holy Land will live on thanks to the generosity and foresight of Denver, CO resident Jack Grynberg and his gift of $1.3 million to Jewish National Fund’s Atlit Detention Camp. Grynberg’s gift will be used for a new exhibit within a C46 airplane that will interactively tell the story of clandestine Jewish immigration by air, allowing visitors to feel as if they themselves were making the secret journey to Israel."

Months before this news, in December 2016, Grynberg was arrested on suspicion of unlawful sexual assault following claims by a onetime employee that he'd grabbed and kissed her without permission. On March 31, however, the Denver Post reported that the Denver District Attorney's Office had decided not to prosecute Grynberg, citing an inability to prove the charge beyond a reasonable doubt.

Jack Grynberg's booking photo.
Denver District Attorney's Office
That wasn't the last time Grynberg graced the Post. On October 23, more than a week before the NJF's release, the paper dug into a fight between Grynberg and his family over control of his billion-dollar empire. Then, on November 12, the Post's David Migoya divulged details of a complaint filed against Grynberg in Douglas County by four women who said he had "repeatedly groped, harassed or sexually assaulted" them.

All of these developments would have made a state honor for Grynberg more than a little embarrassing. But according to Jacque Montgomery, a spokeswomen for Hickenlooper who corresponded with us via email, "JNF announced the proclamation before their request had been officially reviewed by our office. They have since cancelled their request for the proclamation." She added that Friednash's appearance at the gathering hadn't been confirmed, either.

In the meantime, a representative from the Jewish National Fund tells us that today's Grynberg bash has been called off, supposedly because of "a scheduling conflict." And, the rep adds, "The event has been canceled until further notice."

Don't expect this salute to appear on a calendar anytime soon — and if it does, you can bet Hickenlooper will have nothing to do with it.