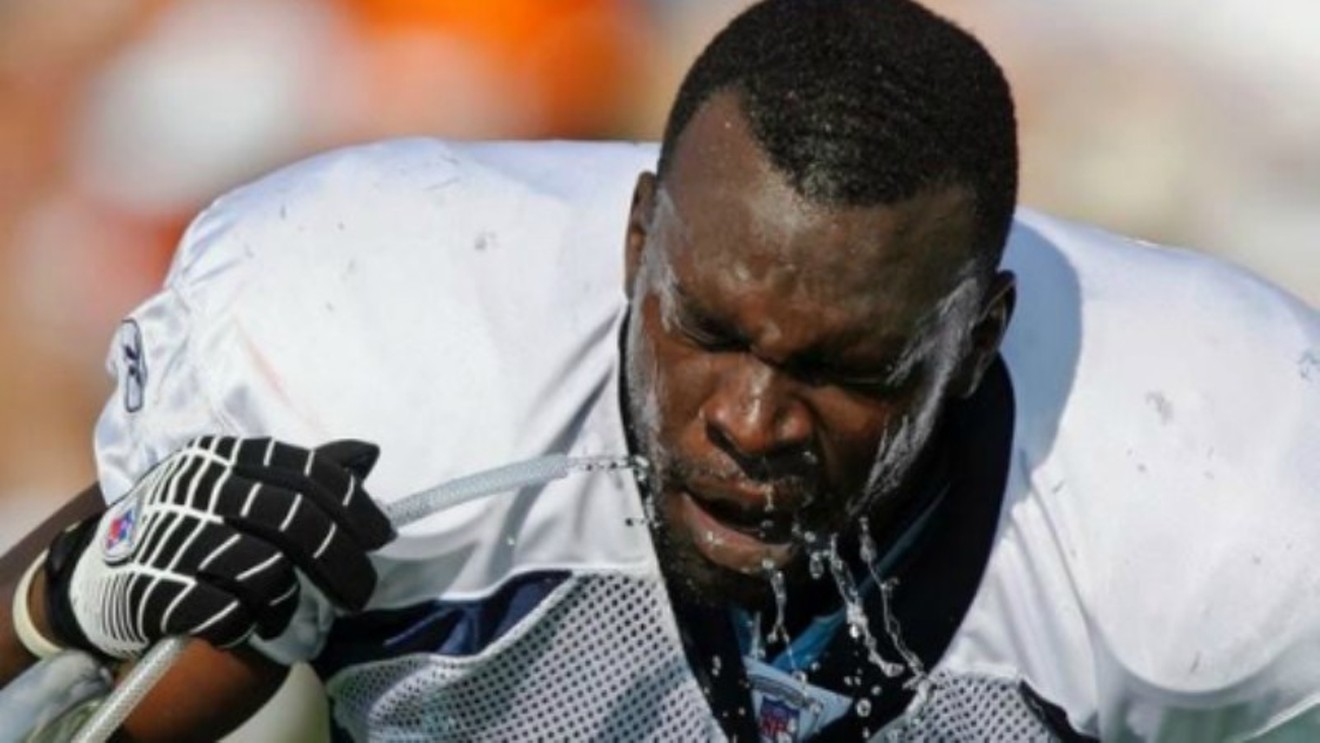 Former Denver Bronco Travis Henry prior to the cocaine deal that took down him and James Mack. File photo
Westminster's James Mack is the latest Coloradan to be sentenced for mailing marijuana, and it's no surprise that he earned considerably more than the one year in federal prison doled out to Arvada's Mark Koenig for the offense last month. While Koenig was found guilty of shipping between 950 grams and 1.6 kilograms of cannabis during four incidents, Mack is said to have posted multiple pounds of pot to Kansas-based cohort Justin Polson on a weekly basis for nearly three years. And this won't be Mack's first trip to prison for a high-profile drug case. He was convicted in 2009 for his involvement in a cocaine deal that teamed him with former Denver Bronco Travis Henry.

Today, the typical Broncos fan may not remember Henry. After all, he was better known for fathering nine children with nine different women than for his performances with the squad during the 2007 season, which was marred for him by injuries and reports of positive tests for weed. He was released by the team in July 2008, mere months before he and Mack were fitted for cuffs thanks to some shenanigans in Montana.

According to the U.S. Attorney for the District of Montana, the pair's problems began on September 11, 2008, when a Montana Division of Criminal Investigation agent purchased two ounces of cocaine from a man in Billings. The agent then arranged to buy an additional four pounds of coke the man said he could obtain from his supplier in Denver.

Five days later, on September 16, law enforcers from the Montana Highway Patrol and the Drug Enforcement Administration pulled over the man's vehicle as it reentered Montana. Inside the car, they found six pounds of marijuana and three kilograms of cocaine.

At that point, the U.S. Attorney's Office version of events continues, the man agreed to roll over on Henry, dubbed the "money guy" in the conspiracy, and Mack, his partner. After revealing that the trio had been peddling cocaine to Montanans since approximately 2006, he participated in a reverse sting during which he delivered six kilograms of cocaine to Henry and Mack. The latter two were then promptly taken into custody. 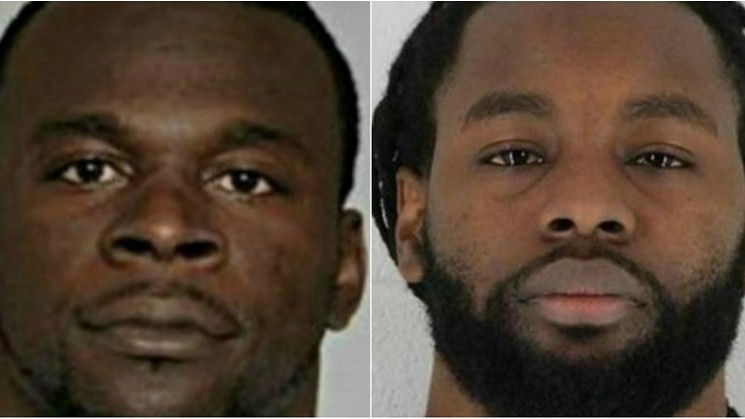 Former Denver Bronco Travis Henry and Justin Polson both went to jail as a result of their interactions with James Mack.
File photo/Johnson County (Kansas) Detention Center
Henry subsequently pleaded guilty to his role and was given a three-year prison sentence. For his part, Mack earned a 37-month jolt and five years of supervised-probation release plus a so-called special assessment of $100.

Mack's time in stir apparently didn't dissuade him from getting into the narcotics game again. But this time around, he chose a different delivery method and another market beyond Colorado: the Kansas City metro area.

The U.S. Attorney for the Western District of Missouri's account notes that last August, Mack pleaded guilty to money laundering and conspiring to distribute marijuana with Justin Polson, an Overland Park, Kansas, resident with prior legal issues of his own; in early 2017, the Kansas City Star revealed that he was facing assault charges for two separate beatings in which the victims had also filed suit against him in civil court because of the brain injuries they'd sustained.

The process described by the U.S. Attorney's office was simple. Mack admitted that he mailed marijuana to Polson on an extremely regular basis, using a utilitarian container. Law enforcers believe that he sent five-gallon buckets holding around three pounds of cannabis each between two and six times per week from September 2012 to May 2014. Their estimate for the June 2014-May 2015 period is forty pounds per month.

Along the way, Polson put about $3 million into Mack's bank in payment for the ganja and was careful to keep the deposits under $10,000, so as not to run afoul of federal reporting requirements.

Polson entered a guilty plea in the case on September 19, 2017, about a month after Mack did likewise. Although his sentence is currently pending, he's already forfeited two Chevrolets (a 2007 Corvette and a 2011 Camaro) in what's referred to as "a related civil case" — presumably the beatings lawsuits.

And Mack? He'll spend the next five years in federal prison without parole — and he's also been ordered to forfeit the $1.5 million still left from the trafficking operation.

That would've bought a lot of stamps.