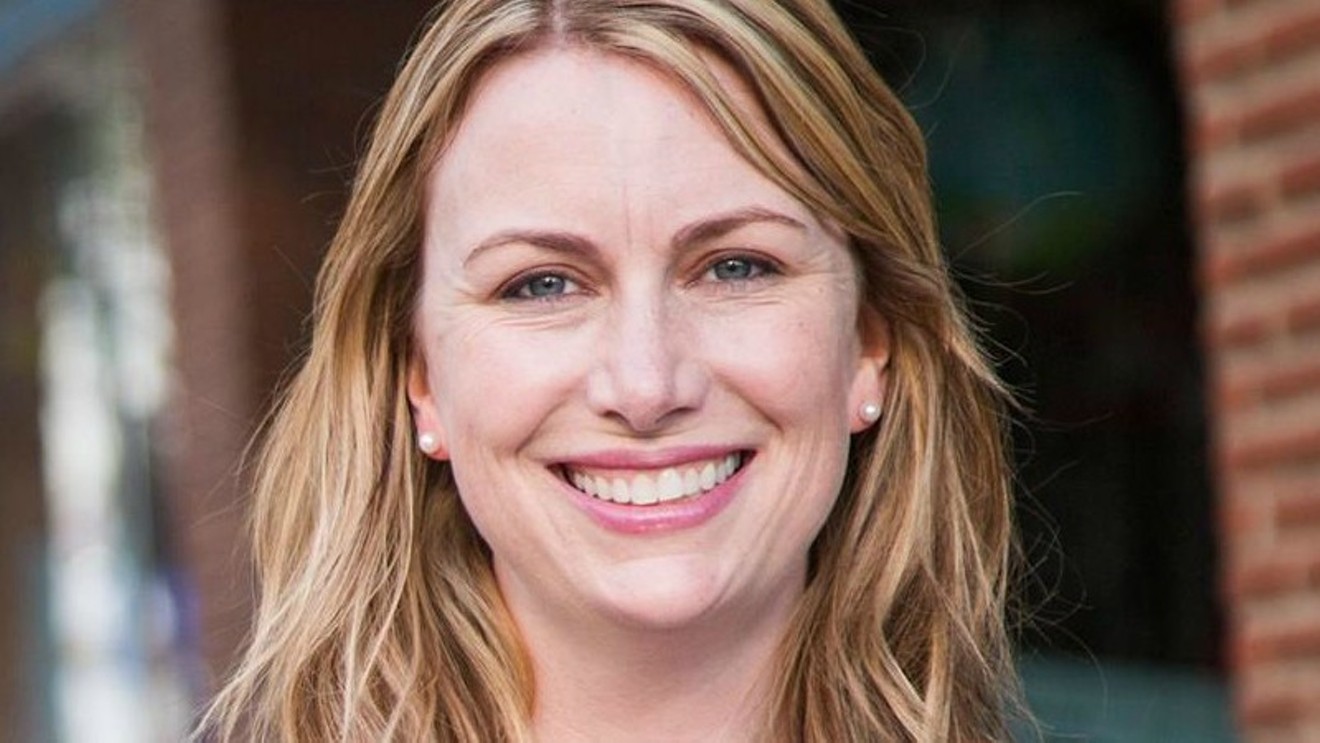 Jessie Danielson's victory was key to the Democrats taking back control of the Colorado Senate. Facebook
Jessie Danielson's November 6 election as Colorado senator in District 20 exemplified the blue wave that swept over the state. But she understands that the hard part isn't over just because the Dems now have a majority in both houses of the General Assembly.

In her words, "We really have a lot of work to do" — and she's got a long list of goals that she's eager to go after once the next legislative session gets under way in early 2019.

Still, she deserves a breather after a ballot-box battle against Republican Christine Jensen that was among the most bruising state Senate contests ever.

"Last year, when I announced for this race, I knew what it was going to shape up to be," notes Danielson, who previously served in the Colorado House of Representatives. "We realized that District 20 wasn't going to be anything other than the most competitive seat in the state. We were prepared to run a very large campaign and build the team we needed to execute the program, knowing that the people supporting my opponent were going to come after me with special-interest money." 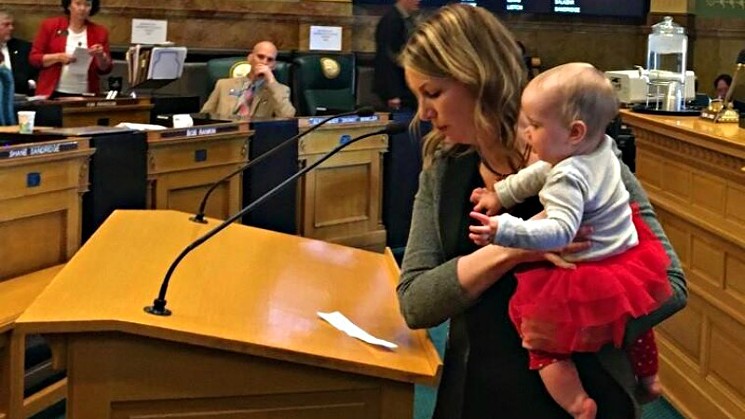 Jessie Danielson multi-tasking while serving in the Colorado House of Representatives.
Facebook
Even so, the investment made against her involved came as a surprise. "We didn't expect the amount of money they spent," she admits. "In the end, it was around $5 million."

This figure would have seemed absurd for a statewide race just a few years ago, and it still takes Danielson aback. "As far as I'm concerned, the amount of money that came into this race was absolutely unprecedented" for a state Senate competition.

For this reason, "we did shift — what we planned on, we had to add to," she acknowledges. "We were constantly revisiting our strategy to make sure we were running the smartest campaign we could possibly run. And we had to go up on TV with a positive ad to fight back against the misleading, negative ad from my opponent and her allies. That added a significant component to our overarching strategy that we hadn't anticipated, but we saw what we needed to do. We had to reach people on TV, so we made a really good ad and got it out into the community."

In Danielson's view, the effectiveness of this approach proves that it's too soon to write off television as an effective medium for transmitting political messages despite all the high-tech alternatives.

Jessie Danielson with former Colorado senator Ken Salazar.
Facebook
"It depends on the race," she allows. "But I was being attacked on television for months, and those attacks were starting to have an impact. So we did need to communicate on TV about the work I was going to accomplish. I had to connect with them about the importance of the race, and it worked."

No wonder she feels that "voters across Colorado, and across America, sent a very, very clear message. Because of that message, we were able to take back the state Senate — and voters expect us to get to work."

First priority for Danielson is "equal pay for equal work. We also have an obligation to our community to help the public education system — to make sure teachers and classrooms have the resources they need to give our kids the quality education they deserve. And there are also policies like paid family medical leave that time and time again have been shot down by the Republican-controlled Senate."

Jessie Danielson meeting a future voter.
Facebook
Last session, Danielson co-sponsored family medical leave act legislation with Representative Faith Winter, who is also a newly elected senator. If Winter chooses to launch a new version of the bill, as is expected, Danielson says "I will absolutely be part of that effort."

Also on Danielson's agenda are a profusion of other issues that tended to go nowhere in the senate when Republicans were in charge. "We've spent a lot of time dealing with really dangerous policies regarding LGBTQ rights, dangerous polices regarding the environment and public education and workers' rights and reproductive health care. Now we are no longer under that threat" — meaning the possibility of such bills sailing through the state senate.

She adds that "we need to take into consideration the entire state, not just the places we represent — what's good for the people of the state and the people in the community as we move forward. We're going to be able to do some really positive things that we haven't been able to do for a long time."

The Colorado General Assembly is scheduled to convene on January 4, not July 4. But expect plenty of fireworks anyhow.
KEEP WESTWORD FREE... Since we started Westword, it has been defined as the free, independent voice of Denver, and we'd like to keep it that way. With local media under siege, it's more important than ever for us to rally support behind funding our local journalism. You can help by participating in our "I Support" program, allowing us to keep offering readers access to our incisive coverage of local news, food and culture with no paywalls.
Make a one-time donation today for as little as $1.