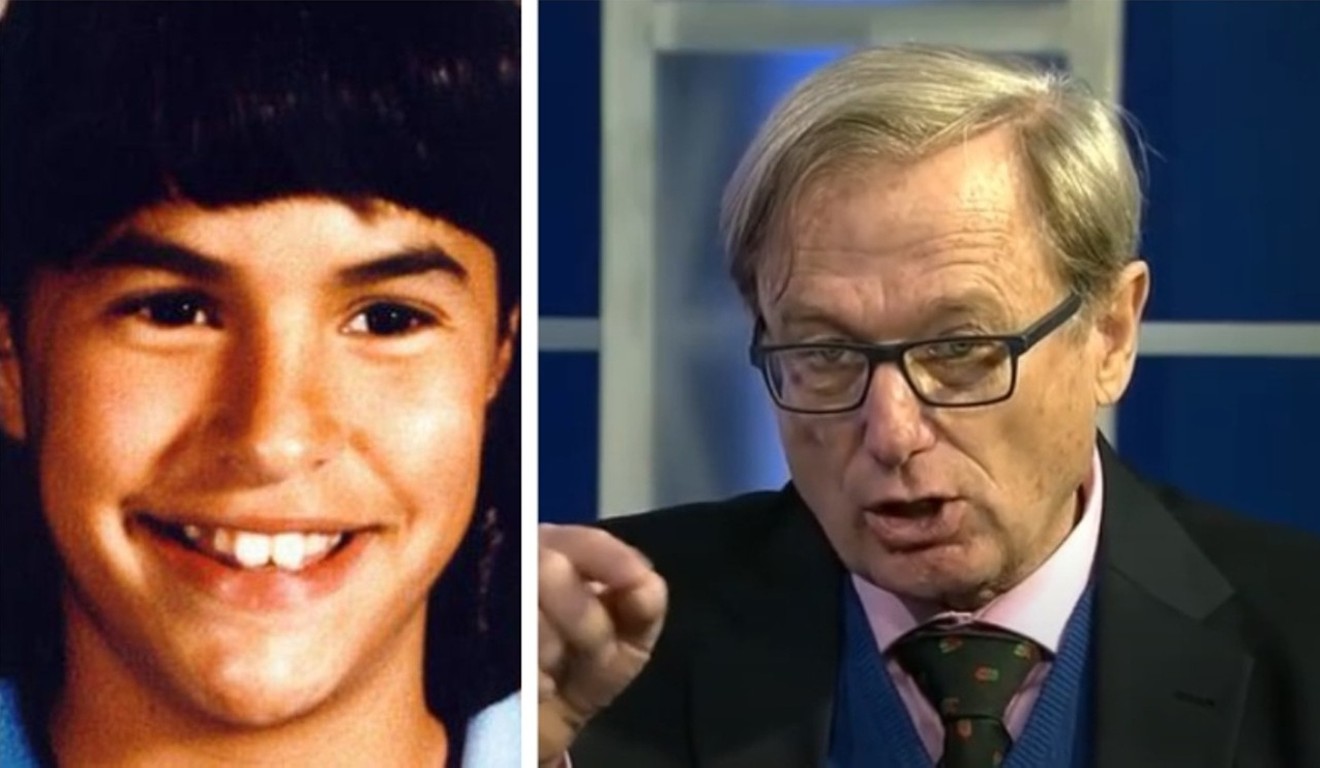 A family photo of the late Jonelle Matthews and Steve Pankey as seen in a campaign video. Colorado Bureau of Investigation/YouTube
The journey to 71-year-old Steve Pankey being found guilty for the murder of Jonelle Matthews by a Weld County jury on October 31 had dragged on for nearly four decades. Jonelle was twelve when she vanished from her Greeley home in late 1984, and the investigation into her disappearance soon stalled. But after a 2020 grand jury probe and indictment, as well as a mistrial in 2021, Pankey, who ran for Idaho governor in 2014 and 2018, has been sentenced to life with the possibility of parole in twenty years.

At the sentencing hearing, Pankey said, "I am a Christian. I will be in heaven. I am innocent, and this is not justice for Jonelle."

The now-deleted Colorado Bureau of Investigation cold-case page on Matthews offered heart-rending details about the crime, noting that she stood five-foot-two and had a scar on her chin, pierced ears and braces. Its summary of her disappearance: "On the evening of December 20, 1984, twelve-year-old Jonelle Matthews was dropped off at her parents' home by her friend's family at approximately 8:30 p.m. When her parents returned home later that night, they discovered that Jonelle was missing. She was last seen wearing a red blouse, dark gray sweater vest, charcoal gray skirt, light blue ski jacket, and house slippers."

The page also included a photo of what Matthews would have looked like had she grown to be an adult — but she never got the chance. On July 24, 2019, her remains were discovered by pipeline workers. That September, Greeley police revealed that they were actively investigating Pankey, who lived two miles from the Matthews home at the time of her disappearance; he later relocated to Twin Falls, Idaho.

While Pankey gave the cold shoulder to Greeley cops who traveled to Idaho to speak with him, he was considerably more talkative with some members of the media. In the weeks after his name was publicly linked to the Matthews case, Pankey gave an extensive interview to the Colorado Sun in which he denied any wrongdoing but claimed intersections with several of those in the girl's orbit. Pankey told the Sun that he had been a youth pastor at a church Jonelle's family attended, and added that he'd later been accused of raping the piano player there. He also insisted that Russ Ross, the man who'd taken Matthews home on the night Matthews disappeared, "assaulted him in the 1970s over Pankey's attempt to start a union at the 7UP bottling company where they worked."

Pankey was even more loquacious during a sit-down with Idaho television station KTVB, which posted nearly an hour's worth of unedited conversational footage:
In August 2020, the Weld County District Attorney's Office announced that "the 19th Judicial District Grand Jury has accepted the investigation into the death of Jonelle Matthews," and October brought an indictment against Pankey on five counts: murder in the first degree after deliberation, murder in the first degree/felony murder, second-degree kidnapping, and two crime-of-violence charges.

The document took the unusual step of listing the 26 reasons why the grand jury had come up with those indictments. Some of the items were accusations, while others offered circumstantial evidence — but those circumstances were jaw-slackening. They included excerpts from unrelated court documents in which Pankey argued that if the court didn't rule in his favor, "he would get the death penalty for revealing the location of Jonelle Matthews's body," and details provided by his former wife, Angela Hicks, about an unexpected trip immediately after the girl vanished, as well as the dumping of the family's dogs, an unexplained excavation in their backyard, and a vehicle that inexplicably burst into flames.

Just over a year later, on October 12, 2021, a jury was seated for Pankey's trial, and weeks of testimony followed. But on November 4, after deliberations had gotten underway, Krista Henery, spokesperson for the 19th Judicial District Attorney's Office, confirmed via email that "the judge has declared a mistrial in the Steve Pankey homicide trial. Jurors couldn’t reach a unanimous verdict for: Murder in the First Degree — after deliberation; Murder in the First Degree — felony murder; Kidnapping. Jurors did find him guilty of one count of false reporting to authorities."

The judge's ruling didn't preclude prosecutors from trying Pankey again, and on October 6, a new jury was empaneled, with testimony beginning the next day. And on the afternoon of October 31, Henery announced that Pankey had been convicted of first-degree felony murder, second-degree kidnapping and false reporting, much to the relief of Jonelle's parents.

In court, the girl's mother, Gloria Matthews, told Pankey, "I hope in the days ahead you’ll hear and obey what God tells you and that his word will penetrate your heart." And afterward, Jim Matthews, her father, said, "We are not going to let this obsess and haunt us. We got the verdict that we want. But Steve Pankey is a human being, and he has a soul. And it's not too late for him to get right with God. He's still waiting for you, you are still breathing, you still have a chance."

As for Weld County DA Michael Rourke, he summed up the verdict by directly contradicting Pankey's in-court assertion: "Today, justice truly prevails for Jonelle."
KEEP WESTWORD FREE... Since we started Westword, it has been defined as the free, independent voice of Denver, and we'd like to keep it that way. With local media under siege, it's more important than ever for us to rally support behind funding our local journalism. You can help by participating in our "I Support" program, allowing us to keep offering readers access to our incisive coverage of local news, food and culture with no paywalls.
Make a one-time donation today for as little as $1.