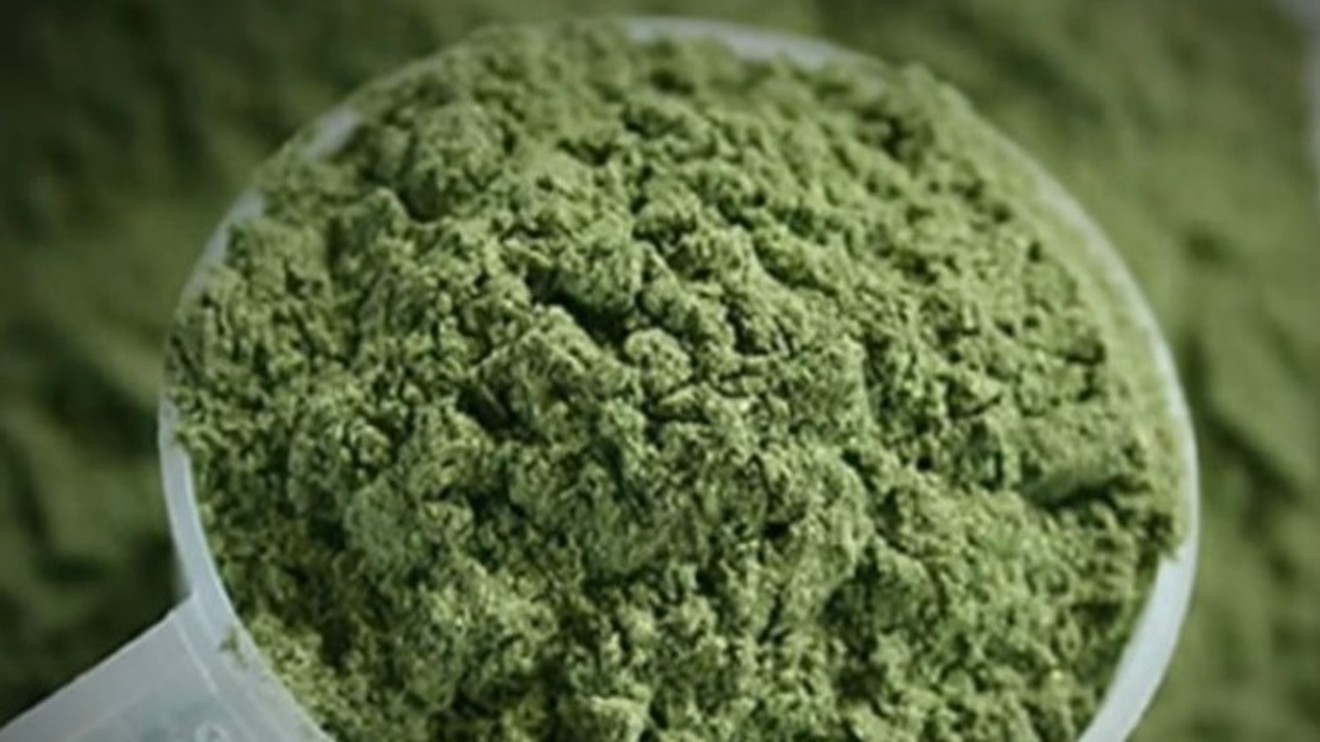 Kratom is also known as mitragyna speciosa. CBS This Morning via YouTube
The controversy over the Colorado General Assembly's passage of a new bill related to fentanyl, which will allow individuals to be charged with a felony for possessing the drug even if they don't realize it was mixed with another substance, overshadowed the legislature's approval of another groundbreaking measure: Senate Bill 22-120, also known as Regulation of Kratom Processors, the first major bill in the state to focus on kratom, a popular organic substance of Southeast Asian origin.

Governor Jared Polis, who asked the federal Food and Drug Administration to lift its public-health warning on kratom while a member of Congress, is expected to sign Regulation of Kratom Processors — and that's good news for Mac Haddow, senior fellow on public policy for the American Kratom Association, an advocacy organization that pushed hard for the measure's approval. But Haddow, who touts kratom as a pain reliever that can help wean individuals off dangerous and addictive opiates, admits that the final measure is a "compromise" that calls for a study to be completed before full regulation of the substance by the state.

In the meantime, the Denver Department of Public Health and Environment, which banned kratom for public consumption in 2017 and subsequently required labels warning that it shouldn't be ingested in order for kratom to be sold in the city, has essentially put enforcement on hold while waiting to see what will happen with the bill.

"DDPHE is in the process of evaluating the legislation and working to understand the impacts to regulations in Denver after the bill is signed and becomes law," notes spokesperson Emily Williams. "We’ll have more information available in the coming months. As guidance from the FDA has been limited, we still have concerns related to the safety of kratom and are hopeful this legislation, which provides more oversight of the product, will help address these concerns."

All of this conforms with the Kratom Consumer Protection Act, a proposal crafted by the American Kratom Association in 2019. But other parts of the original proposal are on hold pending "a report analyzing the feasibility of regulating kratom products, kratom processors and kratom retailers." The report, which must be submitted to the General Assembly on or before January 4, 2023, should "identify, consider and recommend legislative action" on a slew of subjects, including the appropriate state agency to regulate kratom and even the definition of terms such as "processing," "selling," "advertising," "kratom" and "kratom products."

Haddow says the study was added to the proposal "because of some objections raised by the House health committee, based on outdated science that the FDA has been peddling since 2016. The hectic schedule didn't allow us to inform members who had concerns — so now that the legislation is done, our hope is that we can get the correct information to them." Once that's done, he's confident that most or all of the Kratom Consumer Protection Act will be approved for Colorado as a whole.

Even so, Haddow acknowledges that "there's no preemption at the local level, so local communities can still enact bans on kratom. But we hope that once the new law is in place, it will inform communities, so that any local decisions will be based on science."

As for the Denver Department of Public Health and Environment, Williams points out that the agency "began restricting the sale of kratom for human consumption based on a public health advisory from the FDA, using our authority in the Denver Municipal Code to protect the health and safety of Denver residents."

But "there is not a city ordinance specifically in place addressing kratom," she notes. "When DDPHE investigators come across a retailer selling kratom, we verify a label is affixed advising consumers that the product is not safe nor intended for consumption. Since the state legislation was introduced earlier this year, we have not been citing businesses for selling kratom. However, we recommend consumers follow FDA guidance related to kratom."

Williams concludes: "DDPHE is supportive of the measures at the state level to establish safety standards and regulatory oversight through a legislative process, since there has been no movement on that front from federal regulatory agencies."

Click to read the approved version of Senate Bill 22-120.
KEEP WESTWORD FREE... Since we started Westword, it has been defined as the free, independent voice of Denver, and we'd like to keep it that way. With local media under siege, it's more important than ever for us to rally support behind funding our local journalism. You can help by participating in our "I Support" program, allowing us to keep offering readers access to our incisive coverage of local news, food and culture with no paywalls.
Make a one-time donation today for as little as $1.