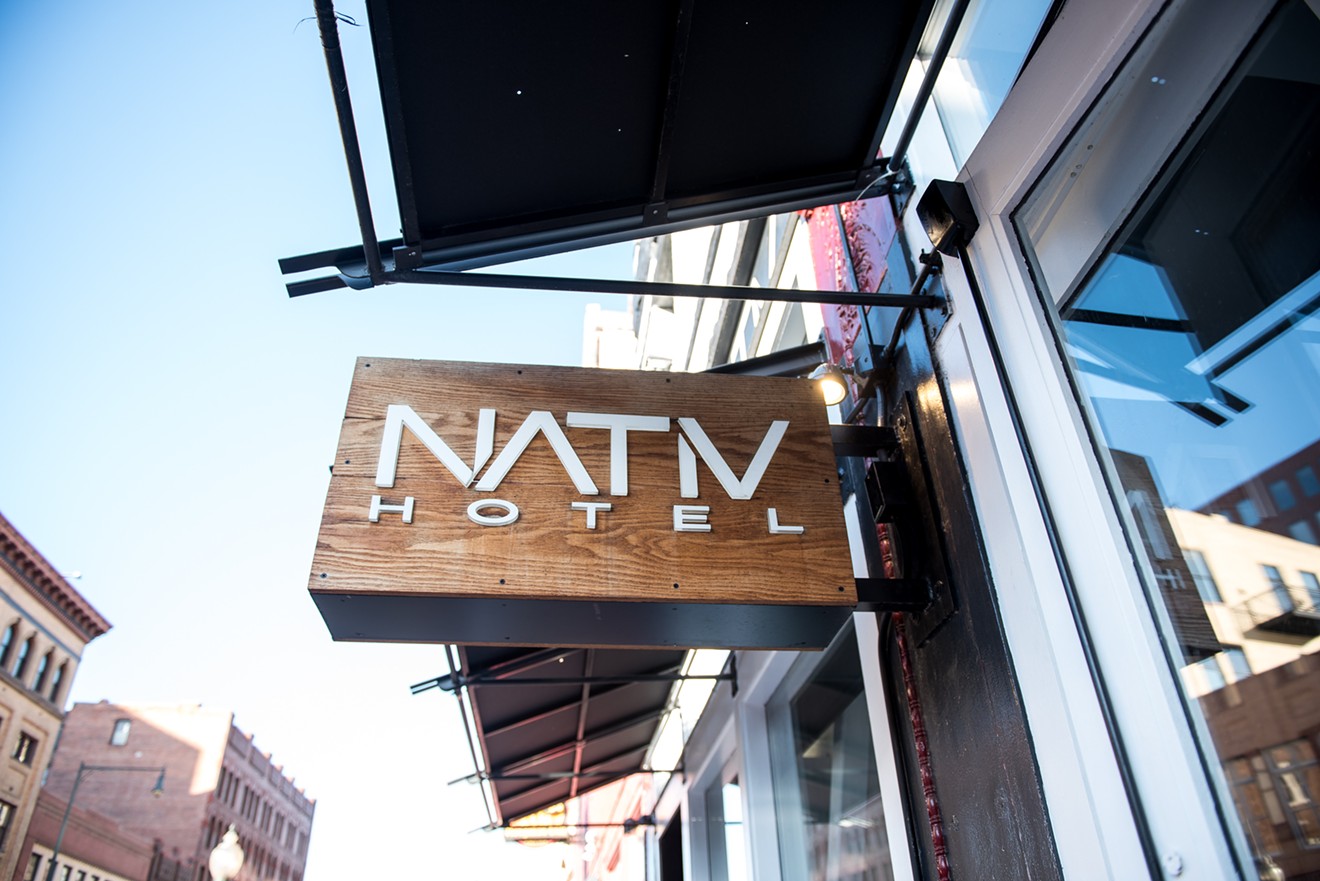 Shootings in LoDo have become a common occurrence. Jake Cox
Early on Sunday, May 8, a shooting took place inside NATIV Hotel and Lounge at 1612 Wazee Street. Two people sustained non-life-threatening injuries, according to Kurt Barnes, a spokesperson for the Denver Police Department.

Following a report of the shooting, Denver police officers were dispatched to NATIV, a hotel with an on-site club, at 1:50 a.m. on May 8. Police did not make any arrests; according to Barnes, Denver police "are looking to identify two black male suspects, the first described as being approximately 6’4” tall with dreadlocks and the second described as being 5’8” tall with short wavy hair."

The shooting at NATIV nightclub continues a trend of late-night shootings at or near venues in LoDo, many of which take place around the time that bars and clubs are closing for the night.

Shootings at clubs can sometimes result in disciplinary action by the Denver Department of Excise and Licenses. None has been taken regarding NATIV at this time. "Typically, in a situation where there was violence as a result of a licensing violation, the Denver Police will bring that to our attention after they complete a criminal investigation," says Eric Escudero, a spokesperson for the Department of Excise and Licenses.

NATIV's owner, Amin Suliaman, did not respond to an interview request. 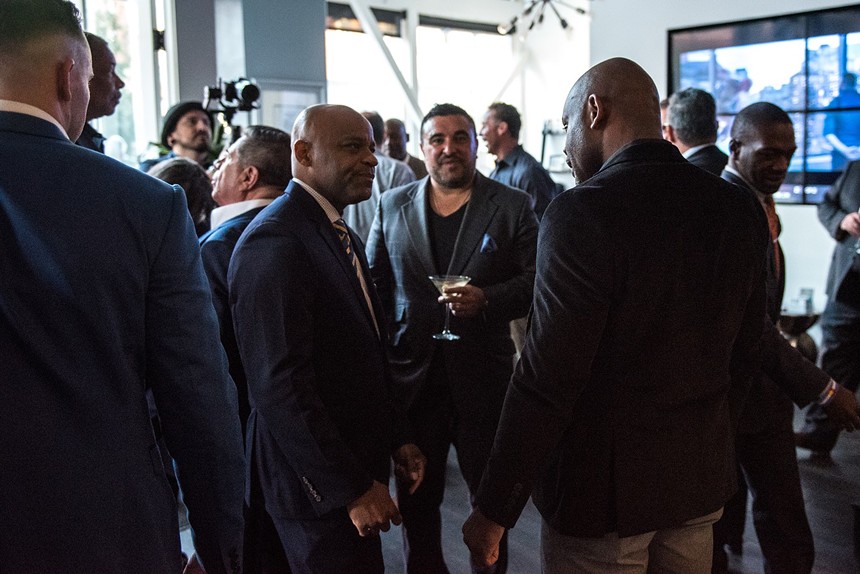 Mayor Michael Hancock came to the 2018 grand reopening of NATIV.
Jake Cox
The hotel has gone through several ownership changes since the Victorian building was first turned into a hotel decades ago. In the late ’90s, former FBI agent Tom Broemmel and his wife renovated the turn-of-the-last century warehouse into a bed-and-breakfast with theme rooms, including one dedicated to the Broncos. In 2000, a man passing himself off as Ali Patrik Pahlavi, the nephew of the Shah of Iran, moved into the hotel and bought into the project, as reported in "The Shah Was a Sham," our February 8, 2001, cover story.  By the time Pahlavi was unmasked, Broemmel was out hundreds of thousands of dollars, and Pahlavi wound up checking into prison on a 42-month sentence. The hotel was sold to investor Jon Hamilton and reopened in 2003 as Luna, then transformed into the Jet Hotel in 2006. That iteration closed in early 2013.

Under new owners, it reopened as NATIV in 2015, which initially billed itself as the city's first weed-friendly hotel. It dropped that designation when it closed, then reopened with a remodel in 2018. Today, it advertises itself with this: "Seamlessly in the center of Denver’s Lower Downtown neighborhood, Nativ offers the perfect boutique-hotel experience as well as nightlife safe haven."

The Denver Police Department requests that anyone with information about the shooting call Crime Stoppers at 720-912-7867.
KEEP WESTWORD FREE... Since we started Westword, it has been defined as the free, independent voice of Denver, and we'd like to keep it that way. With local media under siege, it's more important than ever for us to rally support behind funding our local journalism. You can help by participating in our "I Support" program, allowing us to keep offering readers access to our incisive coverage of local news, food and culture with no paywalls.
Make a one-time donation today for as little as $1.