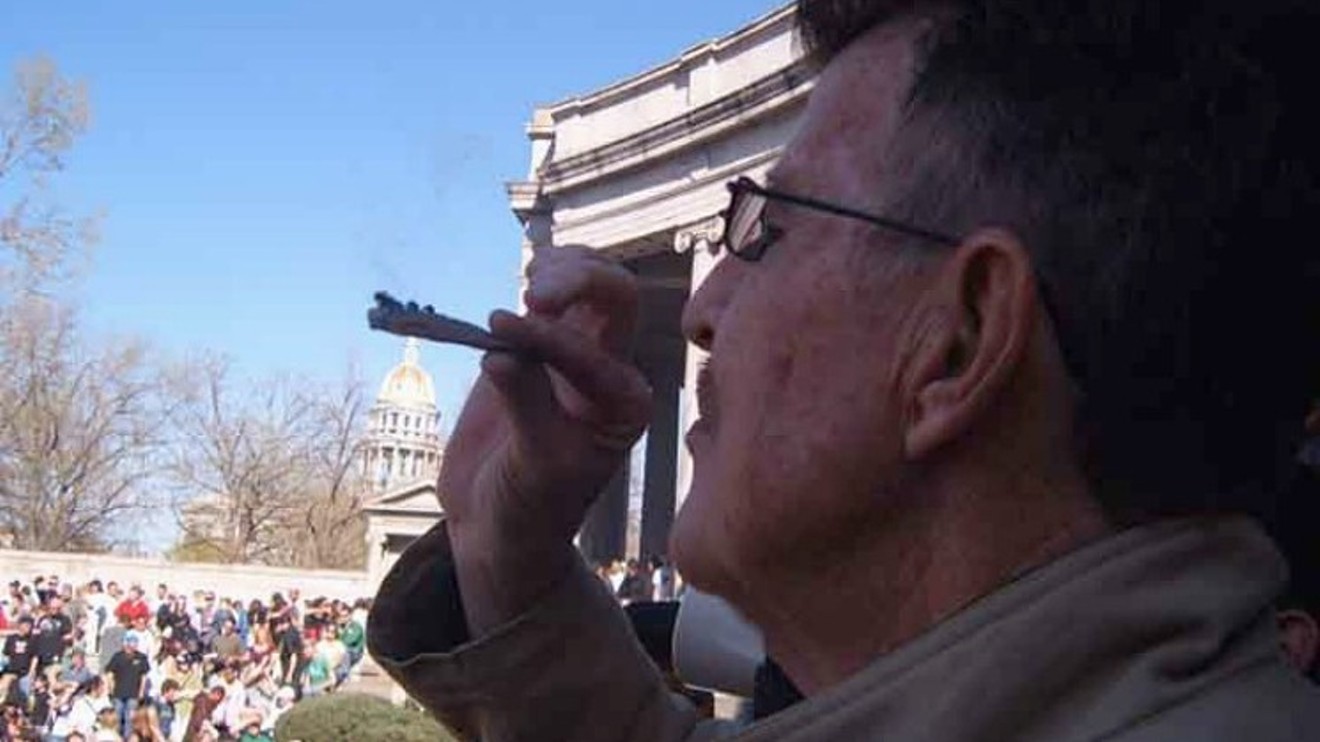 Ken Gorman at the 2006 Denver 420 Rally. KenGorman.org
Fourteen years ago today, on February 17, 2007, Ken Gorman, the father of the Denver 420 rally and a groundbreaking marijuana activist, was murdered in his Denver home. But no one has ever been arrested in connection with the crime, and if there's been any progress toward zeroing in on a suspect or suspects, the Denver Police Department isn't saying.

The situation is deeply frustrating to Miguel Lopez, who considers Gorman a mentor; he even has a portion of the late advocate's remains in his possession. After Gorman's passing, Lopez ran the Denver 420 rally through 2017, when a controversy over cleanup led the city to grant a permit to another group. A lawsuit over the decision was unsuccessful.

Every year around this time, Lopez calls the DPD to ask for an update about the Gorman investigation — and this time, he reached out on multiple occasions. Once, he says, he was left on hold for half an hour. More recently, he was told the detective assigned to the matter was out of the office.

Westword didn't have much better luck. A DPD spokesperson confirmed that the case remains open and shared a link to the Gorman page in the department's online cold-case section. But three days of requests yielded no fresh developments about the inquiry.

As William Breathes reported in a Westword story published five years after the slaying, Gorman was a Denver native who became active in the marijuana community during the early 1990s. He openly advertised for marijuana on Westword's back page and regularly staged political events at the State Capitol — a tradition fellow cannabis activists continued in his honor after he was killed.

In addition, Breathes wrote, "Gorman helped pioneer the caregiver system after voters approved medical marijuana in Colorado in 2000. A caregiver himself, Gorman was known for his devotion to medical marijuana and helping patients. But he never lost sight of full legalization for everyone." 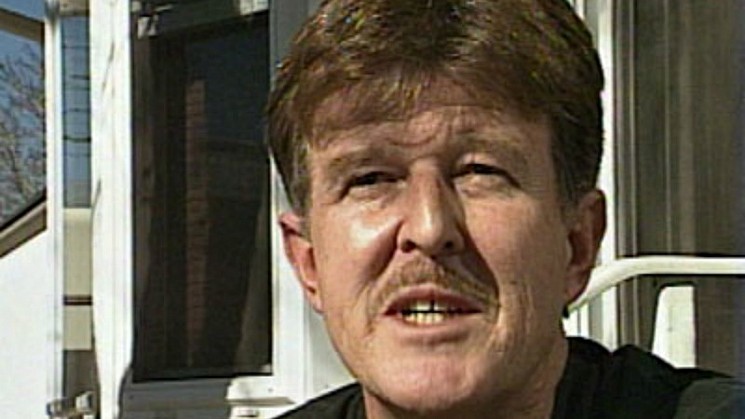 Ken Gorman circa 1990.
KenGorman.org
Then came the events of 2007, detailed in a feature article by onetime Westword contributor J. David McSwane. Gorman's home, on the 1000 block of South Decatur Street, had already been robbed several times — crimes that became the focus of a CBS4 investigation — when unknown individuals broke in again on February 17. Although Gorman had purchased a shotgun to protect himself, he couldn't get to the weapon in time. The intruders shot him to death and split, leaving behind few clues and plenty of questions. For instance, if they intended to steal from Gorman yet again, why did they leave behind stacks of cash and bags of cannabis?

The Gorman page on the Denver Police Department website appears under a banner labeled "We Will Never Forget." The text reads: "The Denver Police Department created the Cold Case Unit to continue the pursuit of justice for victims long thought forgotten. Dedicated and specially trained investigators utilize their diverse backgrounds and skills in concert with forensic experts and prosecutors who have a record of accomplishment and success in pursuing offenders, collectively to bring those responsible to justice."

However, the events leading up to Gorman's death are summarized in just three brief sentences prior to boilerplate language about a reward of up to $2,000 being offered for information leading to the arrest and prosecution of responsible parties. The numbers to call are the DPD's main line, 720-913-2000, or the Metro Denver Crime Stoppers tip line, at 720-913-STOP (7867).

Lopez would like people to remember Gorman as "one of the people who pushed open the doors and was a big part of the grassroots movement" that eventually led to the legal right to sell and possess marijuana for either medical or recreational purposes in Colorado. But he doubts Gorman would be happy with how the cannabis industry has developed.

"Capitalism has taken it to a level where it isn't something that he taught us," Lopez stresses. "He said, 'Free the Weed' and 'Take the Greed Out of Weed,' but we can't do that with the overregulation of marijuana. You can have alcohol to the ceiling of your house, but you can only have an ounce of weed — and that pushes all the prices higher."

Learn more about Gorman's legacy by visiting the online memorial at KenGorman.org.
KEEP WESTWORD FREE... Since we started Westword, it has been defined as the free, independent voice of Denver, and we'd like to keep it that way. With local media under siege, it's more important than ever for us to rally support behind funding our local journalism. You can help by participating in our "I Support" program, allowing us to keep offering readers access to our incisive coverage of local news, food and culture with no paywalls.
Make a one-time donation today for as little as $1.