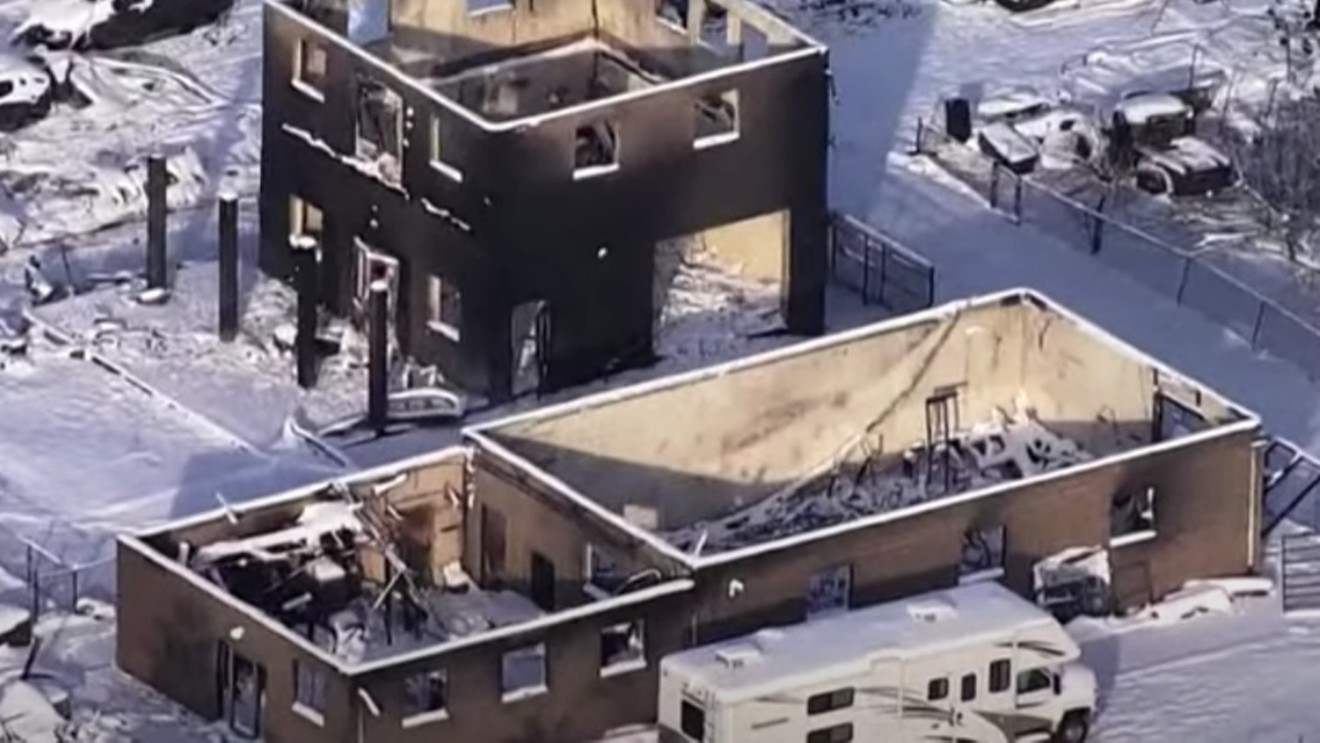 An aerial look at damage from the Marshall fire. 9News via YouTube
Today, January 7, Governor Jared Polis and U.S. Representative Joe Neguse, joined by senators Michael Bennet and John Hickenlooper, are scheduled to guide President Joe Biden on a tour of the areas devastated by the Marshall Fire. Two people are still missing after the blaze, which was 100 percent contained earlier this week; partial human remains were found near Marshall Road on January 5.

In advance of Biden's visit, Boulder County has provided new information about the number of buildings impacted — and the statistics are startling. More than 1,000 homes were destroyed, over 100 were damaged, and losses are estimated at over half a billion dollars, making this one of the most expensive catastrophes in Colorado history. And the final cost will be significantly higher.

In recent days, inspectors with the Boulder Office of Disaster Management, among others, have conducted wide-ranging assessments as Boulder County, the City of Louisville and the Town of Superior update the list of residential and commercial structures partly or wholly ruined. Here's the updated rundown for residential structures:

How does that compare to previous catastrophes? The Rocky Mountain Insurance Information Association calculates costs by insured losses. Assuming that all of the destroyed and damaged structures were insured, and using the assessor's values, the Marshall fire would be in sixth place on the chart below, just below the wildfire that struck Colorado Springs in 2012, after the statistics are updated to 2021 dollars.

Click to access an updated list of damaged buildings, a searchable map and the Boulder County Wildfire Fund.
KEEP WESTWORD FREE... Since we started Westword, it has been defined as the free, independent voice of Denver, and we'd like to keep it that way. With local media under siege, it's more important than ever for us to rally support behind funding our local journalism. You can help by participating in our "I Support" program, allowing us to keep offering readers access to our incisive coverage of local news, food and culture with no paywalls.
Make a one-time donation today for as little as $1.