What Do You Call a $630K Home in Denver? Below Average 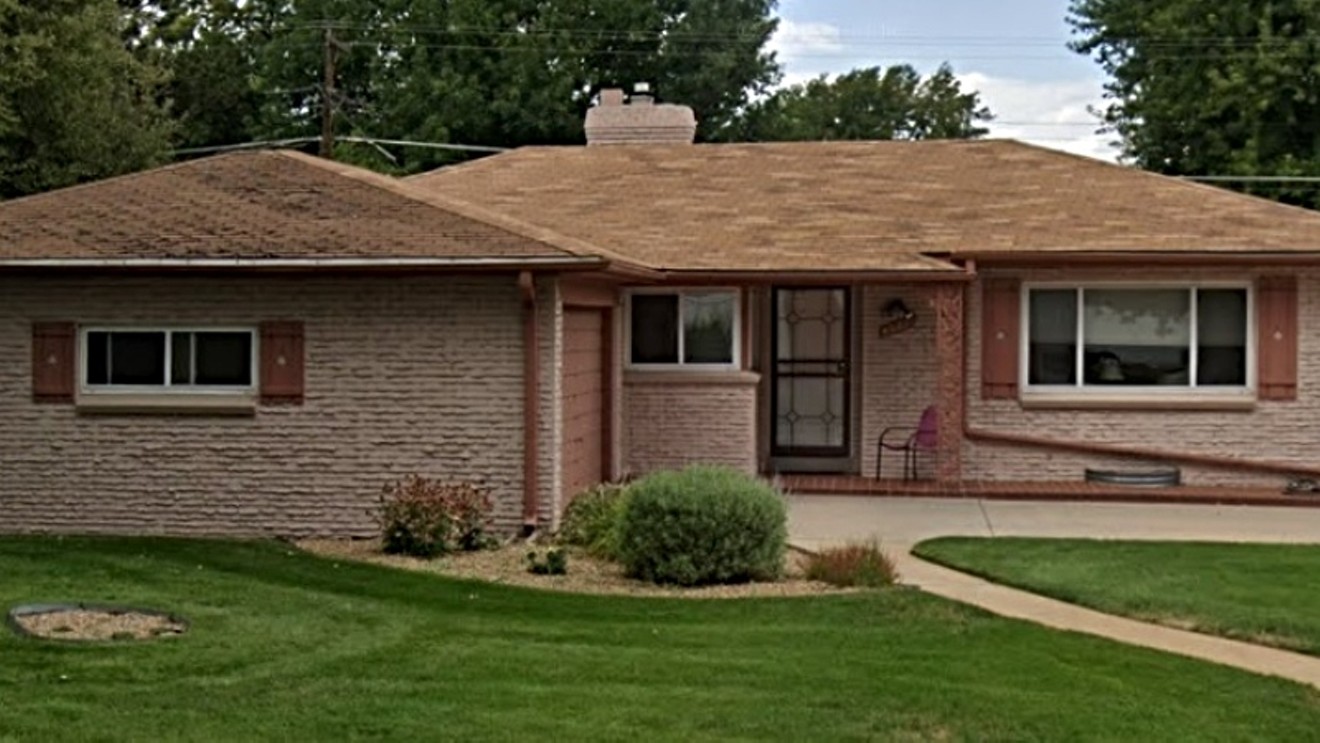 This five-bedroom, three-bathroom, 3,200-square-foot home at 6691 East Dakota Avenue is currently listed at $619,900, just below the average price for a detached home in February. Google Maps
The old maxim stating that what goes up must come down doesn't apply to home prices in Denver — at least not right now. The market has again set a new record for the average price of detached homes, with the current mark of more than $630,000 representing an increase of nearly $120,000 over the span of a single year.

Meanwhile, bidding wars have resulted in such houses selling for more than their original tag, turning the listing price into the equivalent of a jumping-off point.

These facts and more are contained within the just-released March market trends report from the Denver Metro Realtors Association. The organization describes the current scenario as a seller's market, and data from February, the most recent available, certainly underscores that point. What has traditionally been a slow time for the Denver housing market, with most potential buyers usually preferring to wait until spring or summer to relocate, continues to be anything but.

Low inventory is certainly an important driver behind what's happening. Active listings for detached homes in Denver at the end of February stood at 1,120, considerably lower than the 1,263 still lingering at January's conclusion and more than 65 percent fewer than the 3,201 counted a year earlier.

The following graphic from the report, which runs from the start of 2008 to January 2021, puts this plunge in historic perspective. The yellow line corresponds to active listings, while the blue line shows sales that closed during the respective months.

The 3,072 new listings for February jumped by more than 10 percent from January's number, but demand still outstripped supply by a wide margin. At month's end, 3,186 sales were pending and 2,399 transactions had officially closed.

Meanwhile, the average price went up from $627,550 in January to $632,581 a month later; the average price in February 2020 was $513,659. The median detached-home price of $530,000 experienced an even larger bounce from the $509,000 figure recorded in January. And the average closing cost constituted 102.54 percent of the listed price — evidence that under-bidding in search of a bargain isn't a viable strategy these days.

Meanwhile, properties continue to be snapped up at a dizzying pace. The median number of days that a detached home for sale appeared in the area's Multiple Listing Service, or MLS, was just four days in February, down from five days in January and sixteen days in February 2020 — a staggering 75 percent swing.

Even Andrew Abrams, DMAR's market trend committee chair, seems baffled by the ongoing bullishness. "The question currently is: 'What will it take to get to a more normalized market?'" he asks rhetorically. "Seasonality, vaccines and interest rates will be a few of the best indicators. As more of the population gets vaccinated, we may see increased listings throughout the summertime. Most importantly, if interest rates start to increase, that may decrease buyer demand changing the quantity of multi-offer situations."

Until then, however, the Denver housing market is expected to keep heading in the same direction as it has for most of the pandemic: up.

Click to read the Denver Metro Association of Realtors' March 2021 market trends report.
KEEP WESTWORD FREE... Since we started Westword, it has been defined as the free, independent voice of Denver, and we'd like to keep it that way. With local media under siege, it's more important than ever for us to rally support behind funding our local journalism. You can help by participating in our "I Support" program, allowing us to keep offering readers access to our incisive coverage of local news, food and culture with no paywalls.
Make a one-time donation today for as little as $1.