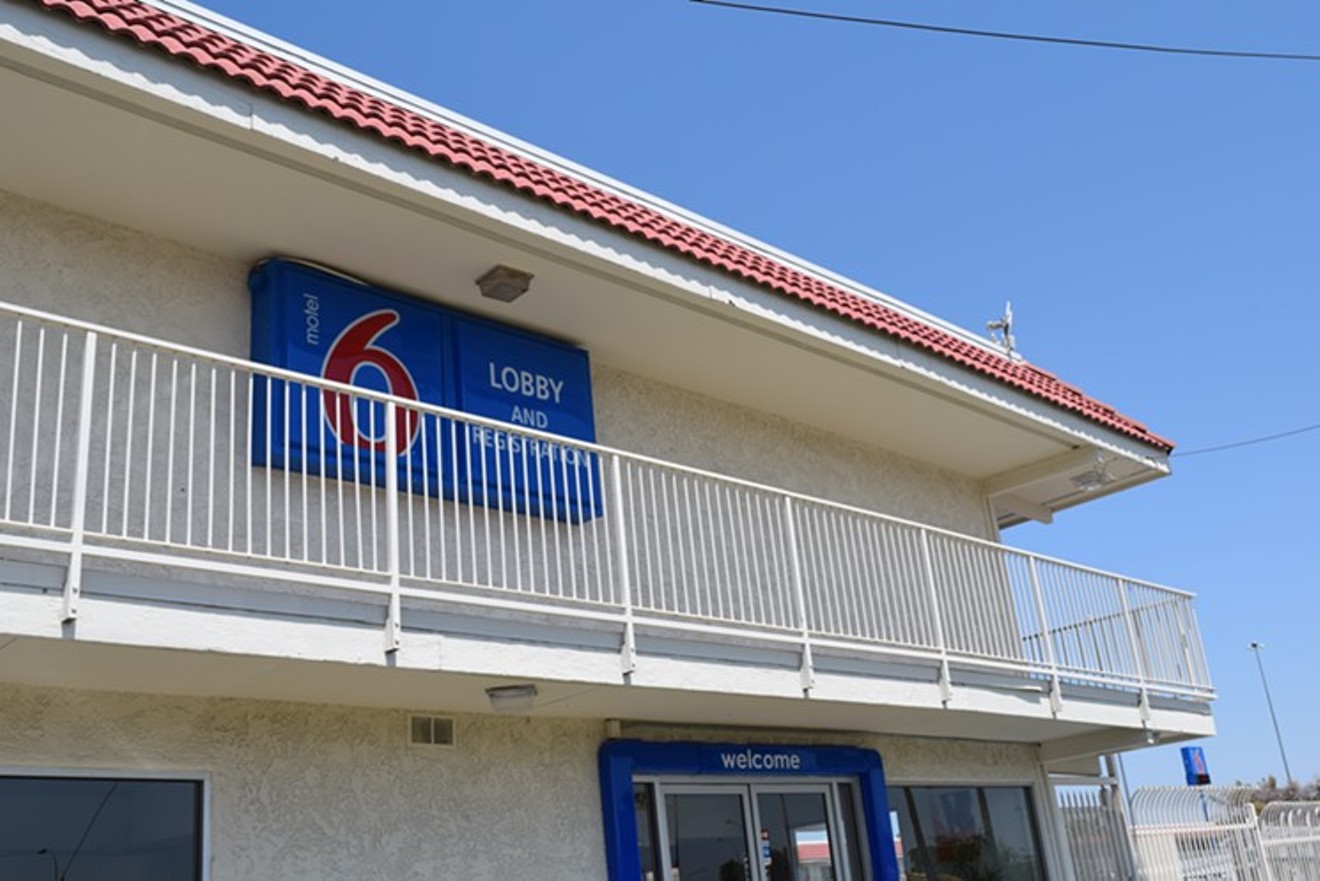 Two Motel 6 locations in Phoenix — including 4130 North Black Canyon Highway, pictured — were the sites of at least twenty ICE arrests between February and August. Joseph Flaherty
A tip and a month's worth of reporting later, Westword's sister paper Phoenix New Times caught the nation's attention when it published a story on September 13 detailing the cooperation of two Phoenix-area Motel 6s with Immigration and Customs Enforcement.

Two Motel 6s in predominantly Latino neighborhoods had been turning their guest lists over to ICE agents, who were showing up at the motels and arresting undocumented guests. From the New Times story:

A Phoenix New Times review of court records found that between February and August, ICE agents made at least 20 arrests at Motel 6s, showing up roughly every two weeks. (Since many of the documents we reviewed contained only vague details about where ICE encountered an individual, the actual number is likely even higher.)

Motel 6 opted not to comment on the story but changed its tune after the piece was published. Protesters called for a boycott of the motel. And the prestigious Columbia Journalism Review called the scoop an "advertisement for alt-weeklies" on its website.

Here in Denver, ICE agents may be breaking their protocol while making arrests of undocumented immigrants at courthouses.